Co-working spaces typically host a number of businesses and employees that need office space. On Monday, offices can start opening, but changes need to be made. 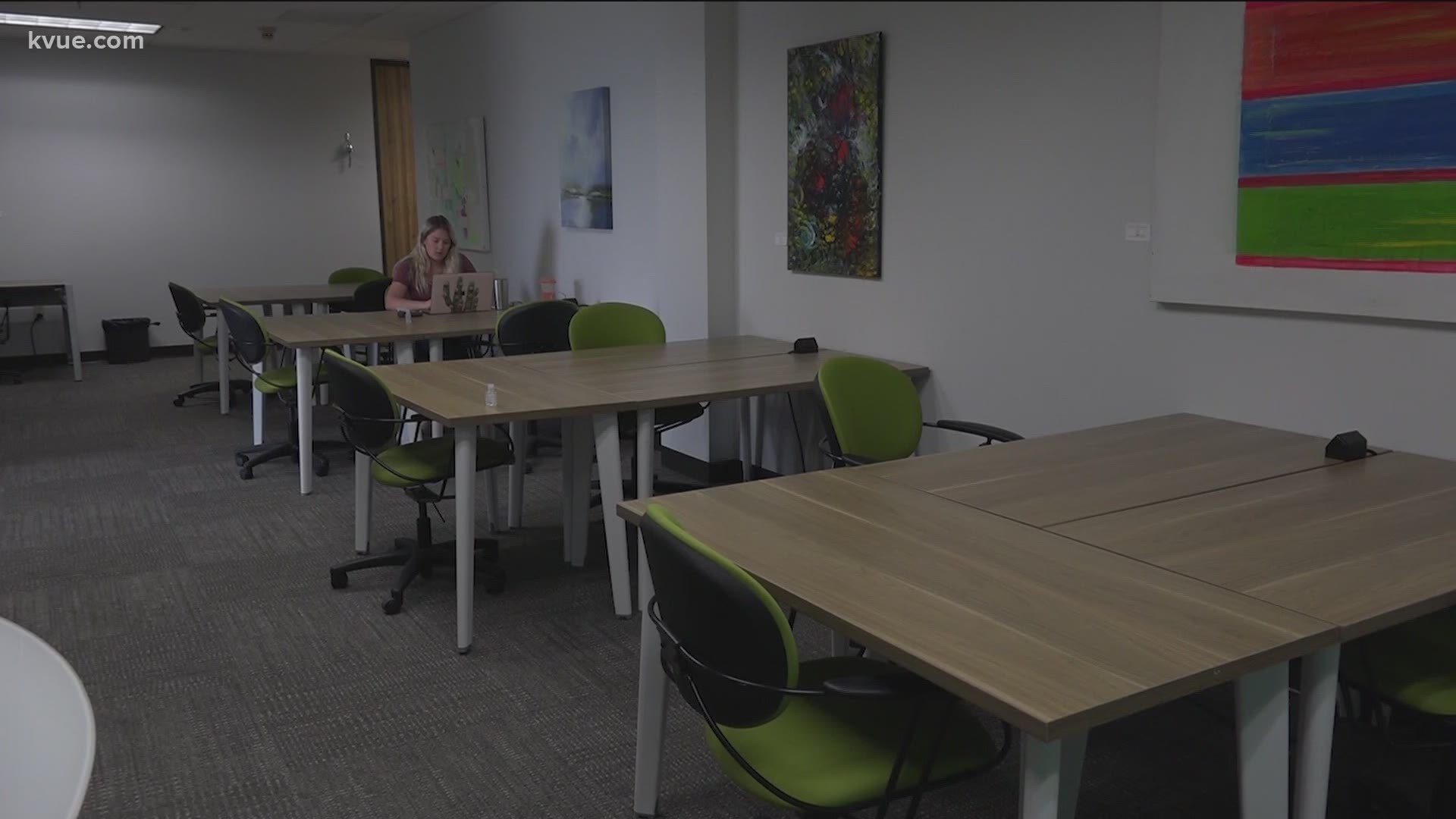 AUSTIN, Texas — According to Gov. Greg Abbott, companies can bring back up to five employees or 25% of staff – whichever number is larger – back to the office on Monday.

Co-working spaces like CoSpace and Duo Works in Austin have been open for a few weeks for essential businesses, but starting Monday there could be more people joining those workers.

"Most people aren't working or are working from home," Jessica Miller-Merrell, co-owner of Duo Works, said. "We do have some offices, some essential businesses that are open, but traffic is really light."

Miller-Merrell said before the pandemic, Duo Works had 70 people in different spaces at any given time. For the past few weeks, that number has dropped to maybe six people. In that same time, the co-working space has only been opened to members.

"We have been closed to outsiders, unless they have an appointment," Miller-Merrell said. "We'll probably continue that for the next week or so, kind of see how things go, if everybody feels comfortable, before we open up a bit more."

Ahead of Monday, Duo Works has placed hand sanitizer on most of the public area tables and has taken away communal services like breakfast once a week and limited coffee to the Keurig machine. Miller-Merrell said Duo Works won't require people to wear a mask inside the office, but recommends people do so.

CoSpace, however, will require masks to be worn in the public spaces of the office. This weekend, the co-founders laid out tape to mark where temporary walls will be put up at workspaces.

"We're going to be putting up protective barriers between each member to give them their own little pod," AJ Shiminski said. "They'll have the flexibility within their pod to not wear their mask if they don't want, but once they step out of that zone, they will be required to wear a mask just for the safety of everyone."

The barriers will stand from floor to ceiling. Shiminski and his team will also install stand-up signs to remind people to wear masks in the common areas.

Q&A: Answers from the TWC chairman and public representative

Both Shiminski and Miller-Merrell say they're not sure whether either of their co-working spaces will return to the way they were before COVID-19.

"They don't feel comfortable. You have to convince people that it is safe to come out now," Shiminski said. "That's pretty hard ... We've gotten a fair share of people just asking if we're open, but also people saying they can't work in their homes anymore."