A video posted to social media on Sunday showed dozens of people gathered along the Comal River in New Braunfels. 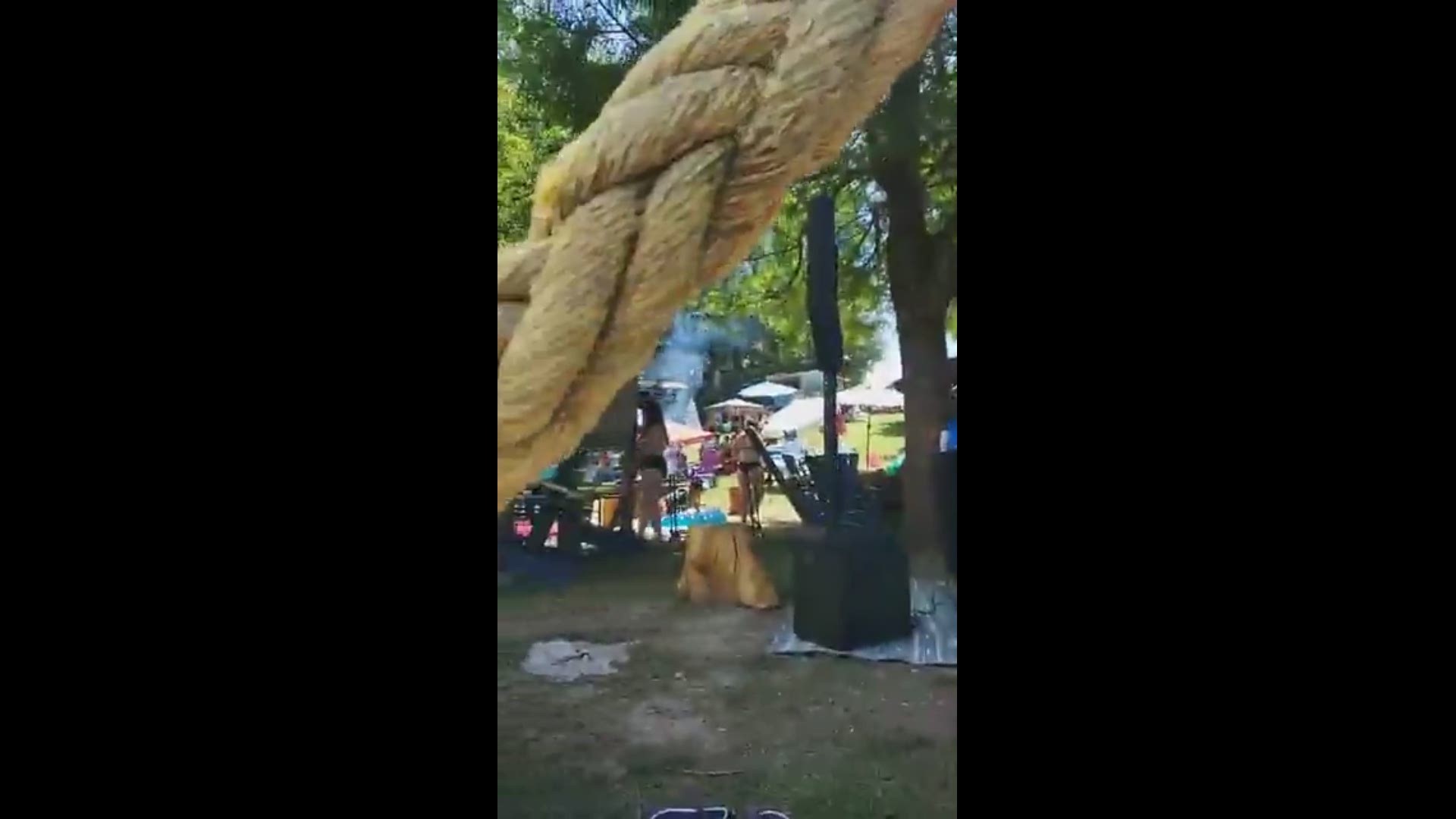 NEW BRAUNFELS, Texas — As the weather warms up and Central Texans look to get outdoors, those headed to parks and river recreation sites have been asked to practice social distancing to help stop the spread of coronavirus.

A video posted to social media on Sunday showed dozens of people gathered along the Comal River in New Braunfels, without the recommended distance between groups or face coverings.

In a statement, the City of New Braunfels said it urges residents to enjoy the parks while practicing social distancing guidelines put out by Gov. Greg Abbott for safely reopening.

RELATED: How Texas tube rental companies are handling safety as they open

“The City’s goal is to create an environment where social distancing is possible for those that choose to enjoy our local parks and rivers,” the City said in a statement. “However, visitors to those parks and rivers also have a personal responsibility to help limit the spread of COVID-19 and they should commit to following the governor’s orders and safety precautions, including social distancing.”

“There will be extra officers on duty along the Comal and Guadalupe rivers this weekend, and when necessary, they will speak with those who may not be following the social distancing guidelines implemented by the governor's office, with the goal of educating and seeking compliance. NBPD asks that anyone coming to New Braunfels be safe while enjoying our community.”

Many Central Texas parks have limited their capacity in an effort to manage crowds.

Earlier this month, a video at Commons Ford showed a man pushing a ranger into the water as the ranger told a crowd to keep 6 feet of distance. Brandon Hicks, 25, was arrested and charged with attempted assault on a public servant over the incident.

RELATED: Looking to go to a park this Memorial Day weekend? Here's what's open in the Austin area

Austin Parks and Recreation closed the spillway at Barton Springs after crowds gathered there in April, while the state was under a stay-at-home order.

Meanwhile, the Lost Creek entrance to Austin’s Barton Creek greenbelt will soon require a $10 entrance fee to limit crowds in the area.

Tube rental companies told KVUE they're following a list of safety guidelines as they open up to the public, with tubes constantly cleaned after each use and social distancing enforced.