'We're back to square one' | Breweries shocked at Gov. Abbott's sudden order to close bars

Despite seeing the writing on the wall, brewery staff thought they would have at least a couple of weeks to wind down production so less beer could go bad. 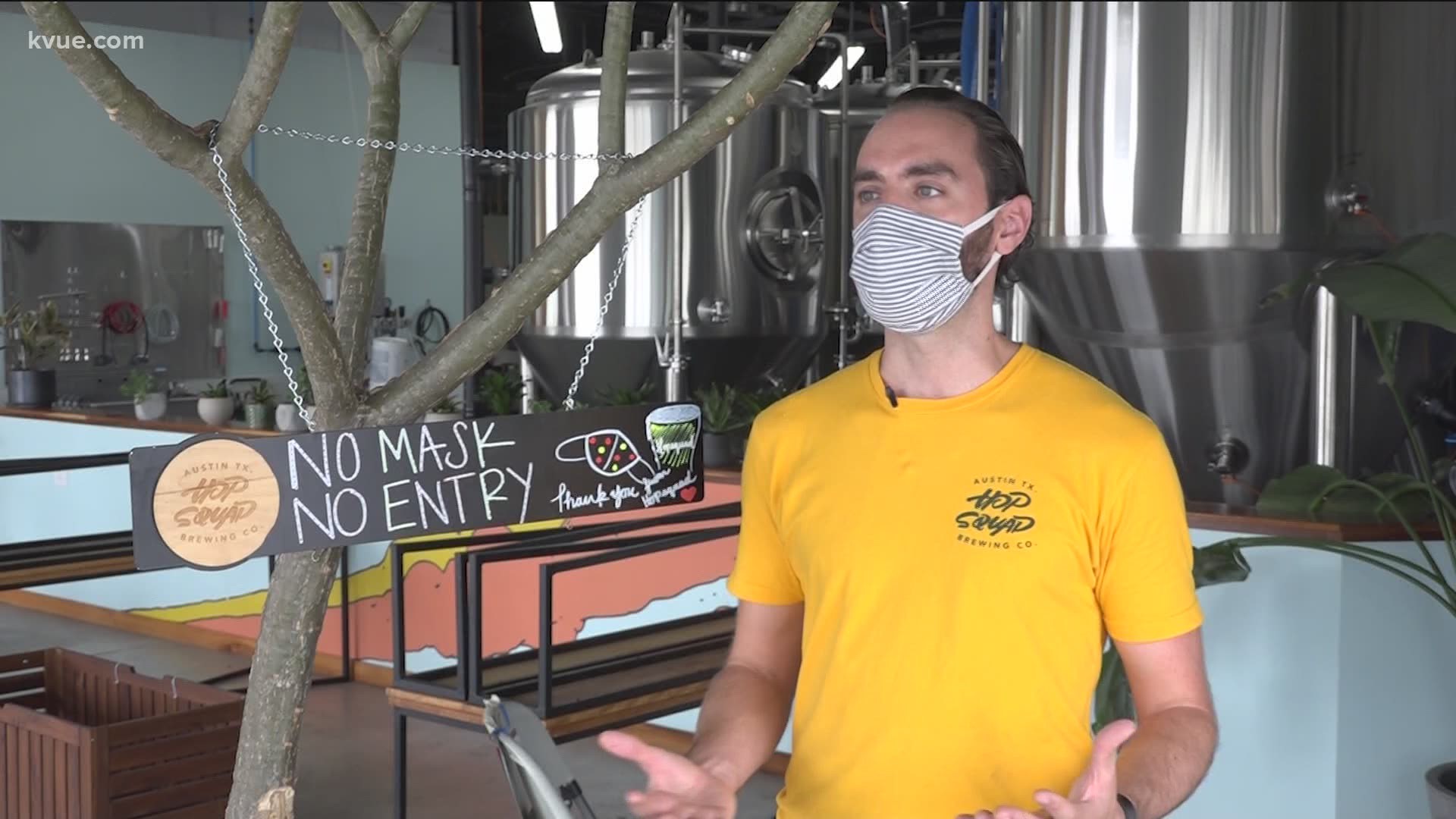 AUSTIN, Texas — Circle Brewing Co. president Ben Sabel saw the writing on the wall for weeks as cases of COVID-19 continued to rise, so he knew bars would be on the chopping block first. On Friday morning, Gov. Greg Abbott announced any place that has most of its income from alcohol sales must close.

"We're kind of back to square one," Sabel said. "We've got a lot of beer. Hopefully, we'll be able to sell it before it becomes unsellable."

That's a problem Circle Brewing Co. and many other breweries around the country faced a month after they closed taprooms and service areas the first time around. Fortunately, breweries have restaurants to whom they can still sell. On the flip side, bars were some of Sabel's biggest business.

Hopsquad Brewing Co., which just opened in December, does not have the same restaurant sales other breweries do. Going back to to-go sales only frustrates the staff and ownership. The brewery had turned its parking lot into a patio for social distancing while drinking beer at picnic tables under umbrellas.

In the disappointment, Henny and the owners of Hopsquad Brewing believe there may be a solution – give brewpubs separate licenses from typical bars. Henny hopes the Texas Craft Brewers Guild takes this opportunity to step in and advocate for breweries across the state that have followed guidelines.

"We would like to see places with a brewpub license, like we have, could do something that's more in line with restaurants," Henny suggested. "That is, something like 50% indoor capacity because we have a brewpub license and we have shown that we can safely and responsibly open."

For now, bar and brewery owners don't know when they will be able to open up again.