'We will get over this' | Baylor College of Medicine doctor discusses antibodies, testing for COVID-19

As COVID-19 cases continue to surge, people are wondering about antibodies and immunity. Dr. Pedro Piedra, a professor at the Baylor College of Medicine, weighs in. 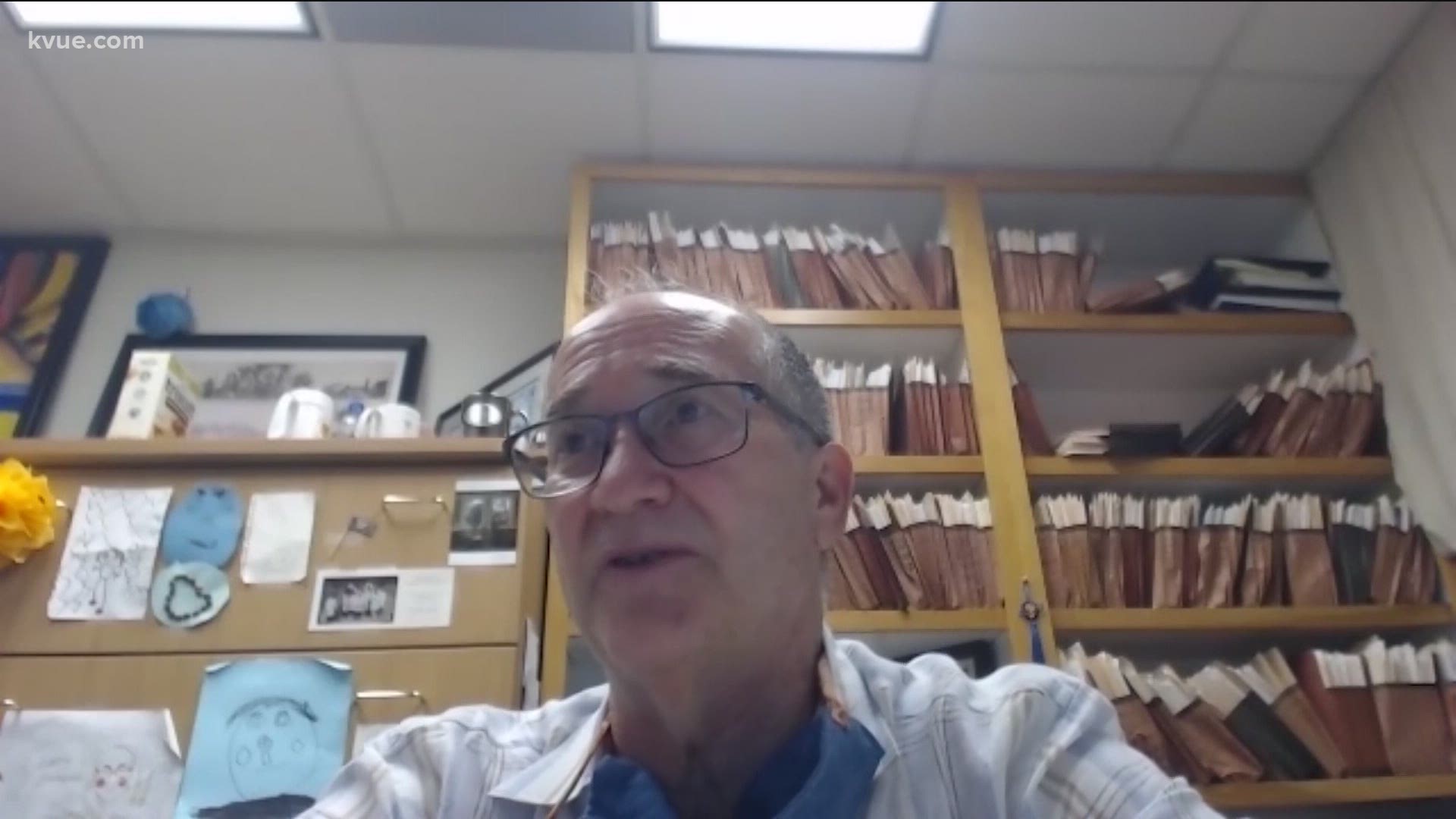 AUSTIN, Texas — Pedro Piedra, M.D., a professor of Molecular Virology and Microbiology at Baylor College of Medicine, sat down with KVUE to discuss COVID-19 antibodies and testing.

Ashley Goudeau: Let's first talk about testing. Capacity has increased dramatically in Texas. But some doctors and scientists say it's still not enough. What's your take on that?

Pedro Piedra, M.D.: "I think we can do better. Diagnostic testing by PCR is the cornerstone of understanding how much virus is in the community, how many people are infected and what control measures can be implemented. And we have, I would say, a good amount of testing at the Medical Center. But when you go outside the Medical Center and go out to the communities at large, then it becomes more difficult."

Goudeau: And when you say the Medical Center, do you mean there in Houston?

Piedra, M.D.: "Here in Houston, yes. And I would expect that in many other cities around the United States you're going to see centers or areas where testing availability is going to be better as compared to out in the communities."

Goudeau: There are cases of people contracting coronavirus more than once. So when it comes to fighting the virus, how big of a role do antibodies play?

Piedra, M.D.: "So, I would take a broader view and it's not just antibodies. It's your immune response, and that consists both of antibodies and your cellular cells also develop an immune response to the virus. And both, it's a complex system and it's going to be hard to describe. But your body will respond in a number of ways to try to battle the infection. Antibodies is one of them. A cellular response is another. And both go hand in hand. And they're both needed. Reinfection will occur. When will reinfection, what is the time period when reinfection is likely to occur? We don't know. Or how long do you remain protected or partially protected after the initial infection? We don't know. And do antibodies predict how long you will be protected? We don't know. So there are a lot of things that we're going to be learning. If you think about back in March, we didn't know how to take care well of individuals that were infected with SARS-CoV-2 because it had not reached our community. But we've learned much better how to take care of sick individuals with SARS-CoV-2. And so there are many questions that right now we don't know, but we need time to pass so that we have time to generate the information and be better informed as to what to expect, especially with the issue of reinfection."

Goudeau: There's some concern among people that things will just never go back to normal because this is a virus with no cure, you can contract it multiple times. What do you say to people who are struggling with those feelings?

Piedra, M.D.: "Our population over time has been faced with pandemics, for which it has been difficult to cope with. And what I would say is to be patient, understand that this virus will be here with us. Eventually, several years down the road, it will become like other viruses, let's say, like an influenza virus, where the full picture on epidemiology will become known. Right now, because everybody is so naive, everybody has the potential to be infected and reinfected. That will change with time. And generally speaking, these respiratory viruses will adapt more and more to humans, which means that they generally become less virulent. They become more attenuated. They become weakened."

Goudeau: Doctor, thank you so much for taking time to talk with us today. We certainly appreciate it.

Piedra, M.D.: "You're most welcome. So I say be optimistic. We will get over this."

Ready for a 2nd stimulus payment? Here's the timeline

Starbucks to require all customers to wear face masks