Only Fulton and Cobb lead Bartow County in the number of positive COVID-19 cases in the state. 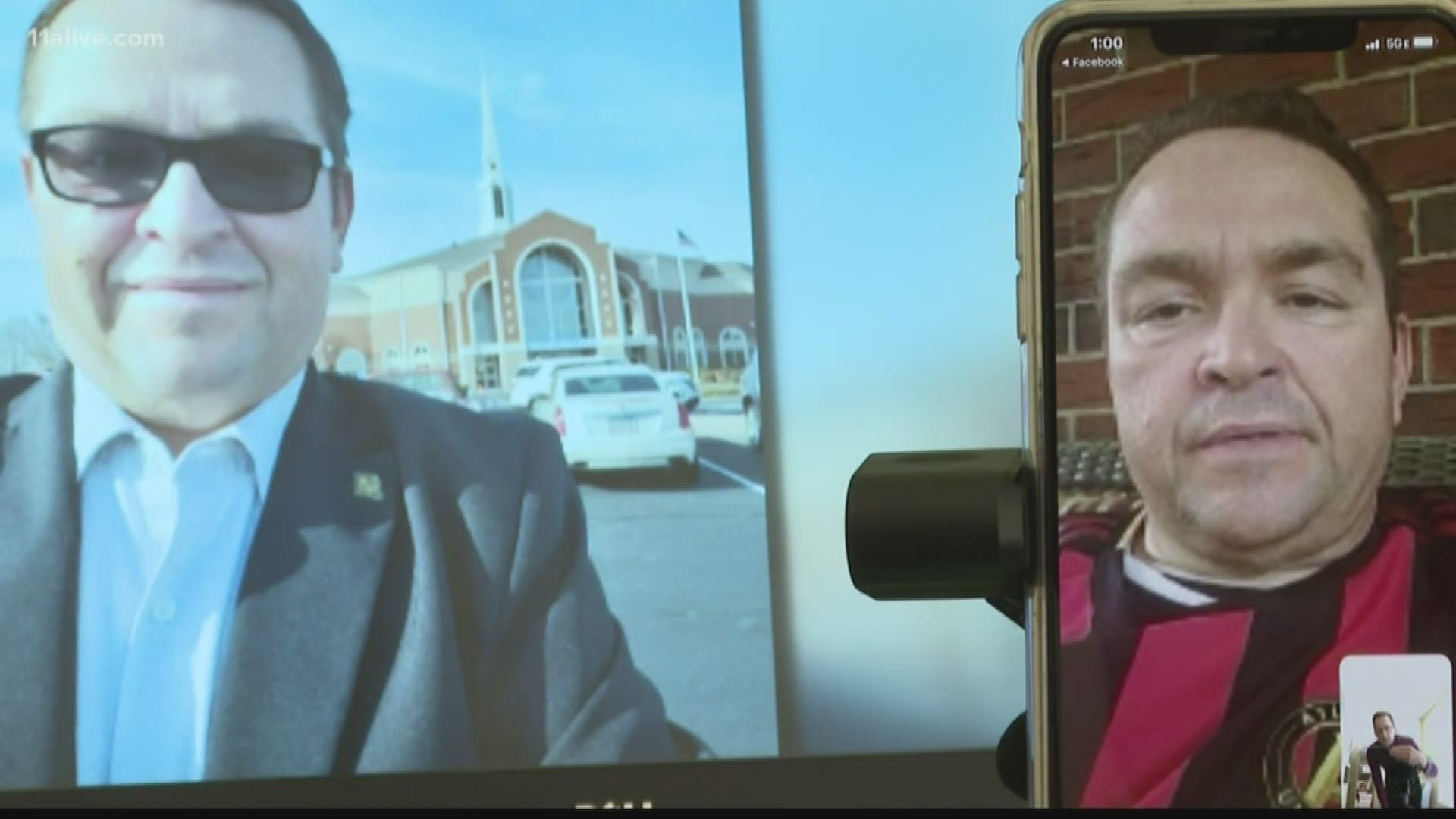 BARTOW COUNTY, Ga. — Bartow County has become one of the epicenters of the coronavirus outbreak in the Georgia, as numbers show the county has the third-highest number of cases.

State numbers show Bartow County has 26 confirmed positive cases of COVID-19, though a spokesperson for Cartersville Medical Center said they have treated 32 patients who tested positive for the virus since March 9.

Only Fulton and Cobb lead Bartow County in the number of cases, with 66 and 37 positive cases, respectively.

It's an odd occurrence for Bartow County, especially since its population is much smaller than Fulton and Cobb - with only 106,000 people. However, several of the Bartow cases have been linked back to a local church - The Church at Liberty Square in Cartersville.

Jason Hasty, who lives outside Augusta, Georgia, was one attendee of the church earlier this month, and has since tested presumptive positive for the virus. Though he's experienced on-going flu-like symptoms, he's still awaiting official confirmation from the CDC.

He believes he was exposed to the virus at the church - the same one his late father belonged to. Hasty said he visited twice in honor of his father. Once on on March 1 and a second time on March 8.

In between then, however, Hasty said he also went inside the state Capitol in Atlanta in order to qualify to run for District Attorney for the Augusta judicial circuit. He said he didn't feel symptoms of COVID-19 at the time, other than some aches.

“I felt great," he recalled. "I was able to stand on my feet, stood in line for an hour and forty-five minutes. Didn’t really feel any problems.”

Now, he has quarantined at home until he hears more instructions from health officials and his doctor.

But Hasty isn't alone. Over the last few days, 11Alive has spoken to multiple people who attended services at the same church, who have later test positive for COVID-19.

Floyd County couple April and Kyle Abernathy were both diagnosed with the virus, which left April in critical condition.

“Monday, she started coughing, Tuesday she went to the ER. Wednesday, she was on a ventilator. It was really fast,” explained April's sister. “She just deteriorated really quickly, to the point she needed a ventilator by Wednesday afternoon.”

A second couple spoke to 11Alive Wednesday, after one of them was diagnosed with the virus. They, too, attended a service at The Church at Liberty Square.

RELATED: Family figuring out home quarantine: He has coronavirus, she doesn't

"It took people talking through the grapevine to realize I was not the only one who had it," Clay Bently said. "There's members who have been in critical condition -- and I still haven't talked to all of them. I don't know how everyone is doing. I've been in isolation, so I don't know, but I am praying for them."

The church's pastor asked everyone who attended services between March 1 and March 8 to self quarantine through March 22, depending on which service they attended.

Meanwhile, Bartow County leaders have suspended many functions and services within the county for the foreseeable future in order to further quell the spread of the virus in the community.