Bars are open again in the state of Texas and people wasted no time getting back to them on Friday evening. 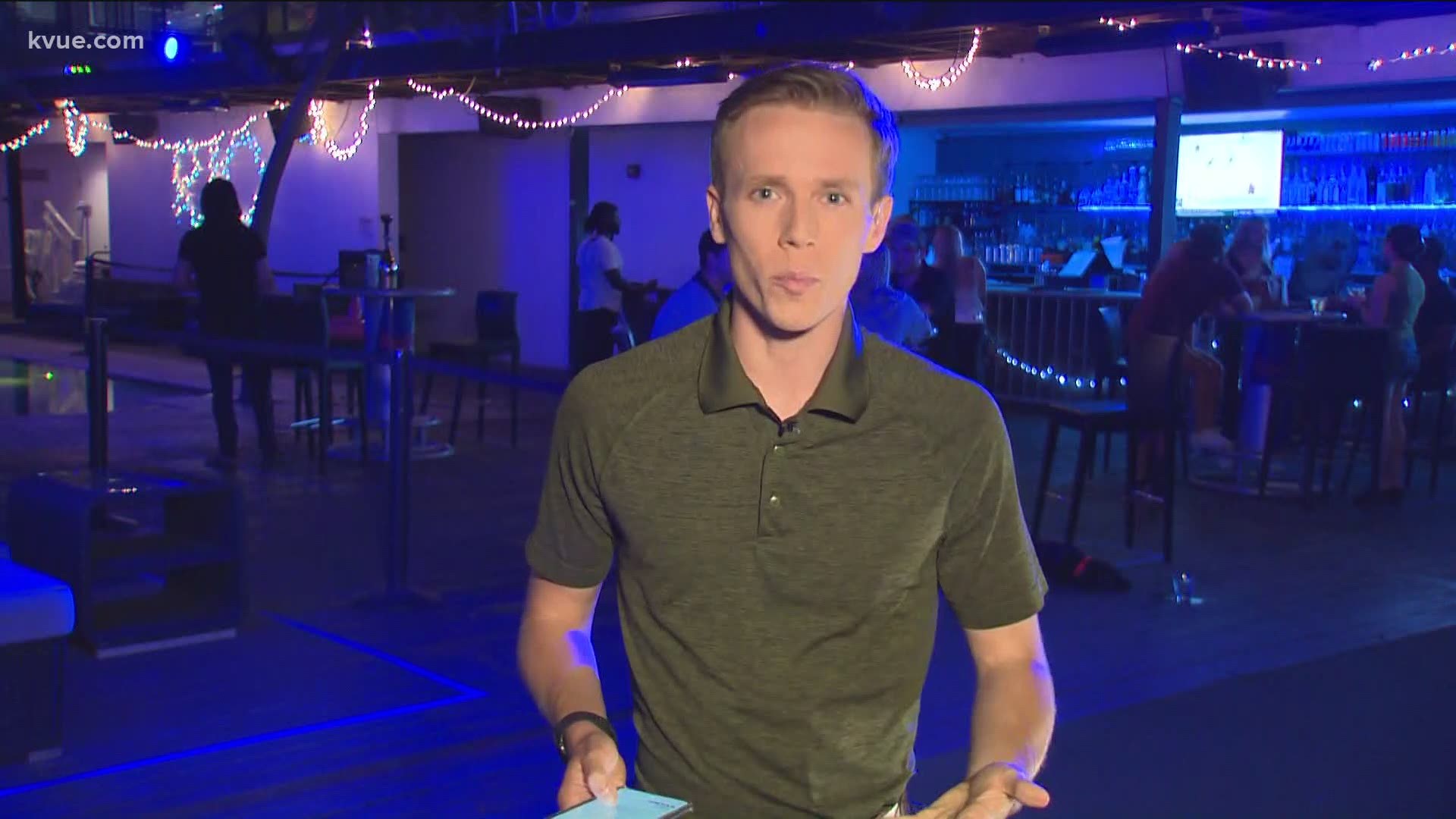 AUSTIN, Texas — The first night of bars reopening in Texas was a busy one in Downtown Austin as people got back out to drink to the lifted closures.

Several bars from Sixth Street to Fourth Street and on Rainey Street were back open with restrictions.

At RIO, bar operator Josh Cisneros and the team are doing everything they can to distance tables, block off the bar and make sure surfaces are sanitary.

“There's a lot of weird rules that are completely different than ever before,” Cisneros said.

That’s why he wants people to know it’s also on them to make sure to follow the rules if they choose to go out this weekend.

“If they're irresponsible, they're going to make it worse and we're going to go back to being closed,” Cisneros said.

The state of Texas released a list of recommendations for bar patrons.

At Star Bar, temperature checks are part of the new normal for people going back out again.

Across the way at Little Woodrow’s, it was a packed patio on Friday evening. Bar staff also conducted temperature checks at the entrance and provided hand sanitizer.

The state recommends 25% capacity for this first phase of reopening inside establishments.

At Sellers Underground on Fourth Street, the dance floor is now a seating area, part of the recommendations from Gov. Greg Abbott’s Strike Force to Open Texas.

“It took about a day to shut everything down and it took about three weeks to start planning to get it all ramped back up again,” said Jonathan Smith, general manager at Sellers. “It's just basically a whole new world, where cleanliness is the key thing that we have to really focus on.”

Restaurants allowed to expand dining area use to 50%

The bar is requiring people to mask up when they enter the bar until they get to their table, where they will be served drinks, rather than waiting at the bar to order them.

Sellers is also encouraging people to be mindful of others’ space.