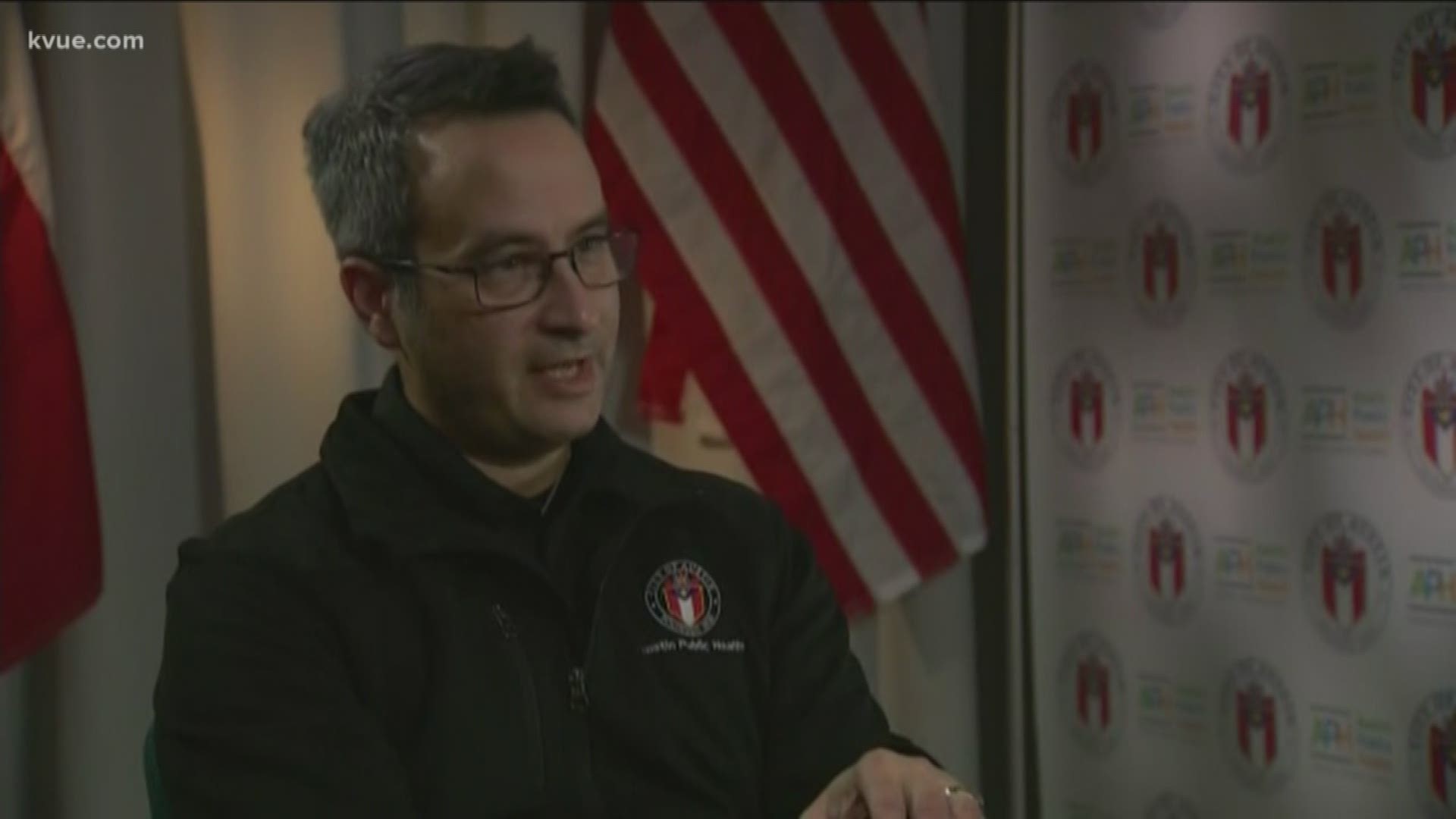 AUSTIN, Texas — Interim Austin-Travis County Health Official Dr. Mark Escott confirmed that there is evidence of community spread COVID-19 cases in the area at a virtual news conference on March 20 at 2:30 p.m.

Escott said officials were hopeful that community testing sites would be opening by March 21. He said there still would not be enough tests for everyone to be tested.

Escott also said officials are working on a community dashboard to provide up-to-date information about the virus to the community.

According to Escott, the limiting of gatherings is to "flatten the curve" and reduce the spread of the virus.

RELATED: 'Social distancing' and 'flattening the curve': What does it mean?

According to Escott, there are dedicated first responder testing sites to ensure the health and safety of emergency workers.

If businesses cannot ensure employees can stay six feet apart from each other, Escott said they should not be open. He said all businesses should abide by the guidelines set by health officials.

A task force is currently working on determining further ways to protect vulnerable populations like nursing homes, according to Escott.

The conference follows an announcement on March 19 by a top state health official and Gov. Greg Abbott of a statewide public health disaster, which hasn't been issued in Texas since 1901.

Additionally, Abbott ordered the closure of all Texas schools, bars, gyms and restaurant dining rooms through four executive orders. The orders go into effect on Friday and last until April 3, but the dates are subject to change, according to the governor.

Some roundtrip flights from Austin are as low as $30. Here's why a travel agency says you shouldn't book them

‘Am I going to get better from this?’ Fort Worth woman, 33, says she wouldn't wish COVID-19 on anyone