Austin Public Health Director Stephanie Hayden said that in the future, people will not be able to be vaccinated without an appointment. 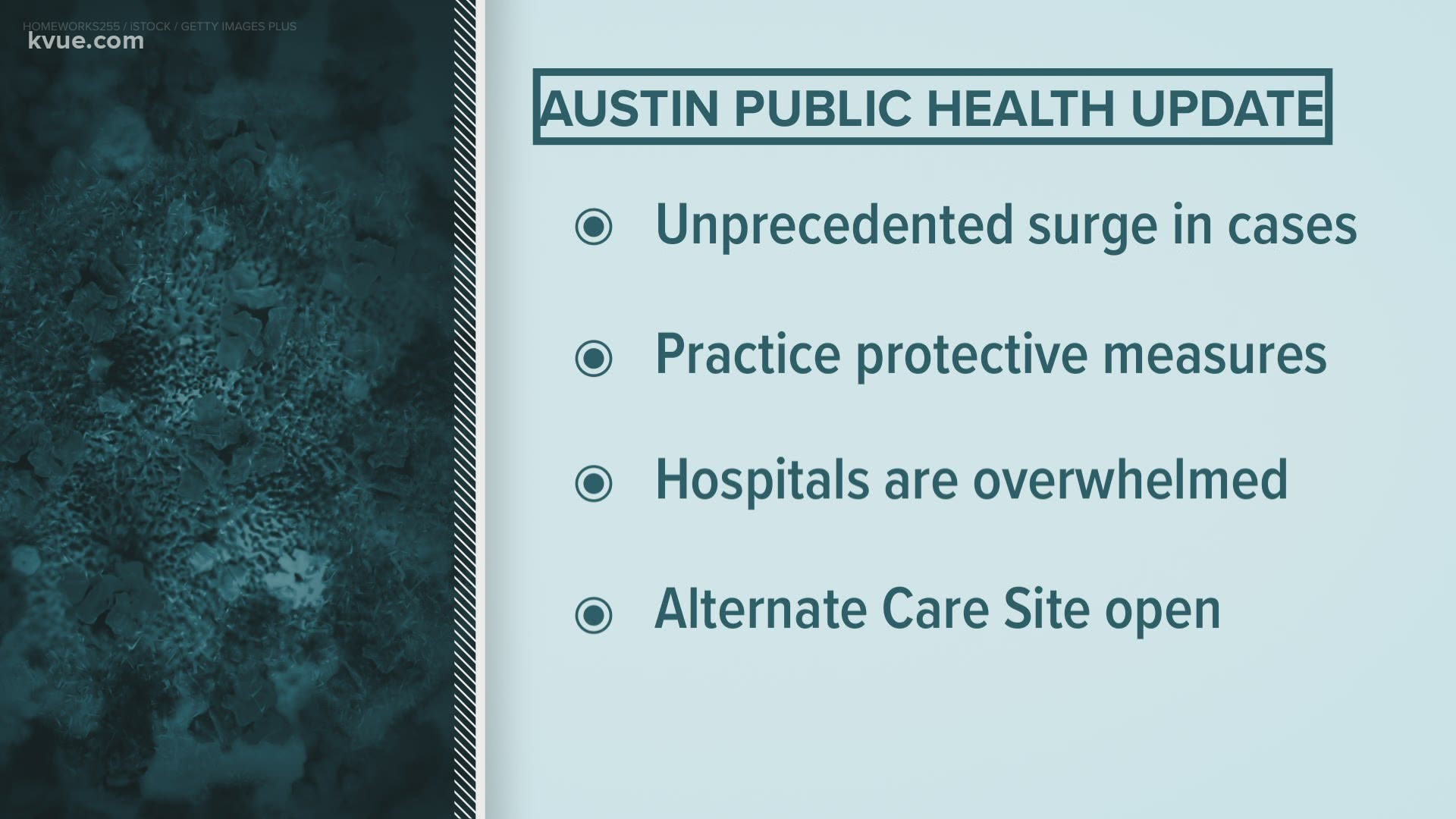 AUSTIN, Texas — During Wednesday's Austin Public Health COVID-19 media Q&A, officials confirmed reports that people outside of the 1A and 1B groups were receiving vaccinations.

“We had people that were in the line, that had stayed in the line. So, out of a common courtesy, we decided to go ahead and provide that vaccine to them,” APH Director Stephanie Hayden said. “We have to emphasize, going forward, that is not going to be the case.”

After confirming the reports, Hayden said that in the future, people will not be able to be vaccinated without an appointment. Rather, these people will be provided information about how to schedule appointments.

Even though APH officials acknowledged these types of vaccinations have happened in small numbers, they countered by saying no vaccine will be allowed to go to waste.

"Vaccine is not wasted if it is in the arm of a Texan," Escott said.

Hayden also added that those who had received the first dose of the vaccine would receive the second dose because law requires them to do so – regardless of their priority group.

RELATED: Texas policy could make COVID-19 vaccine less accessible to people who need it most

“I understand that everyone is very eager, we are very excited that the vaccine is here in our community,” Hayden added. “But we must prioritize our elderly family members to ensure that we are taking care of them first. Please make them your priority."

APH has 12,000 doses to administer from the latest allocation from the State. The City activated a preregistration portal on Wednesday, which has already seen 20,000 people sign up.

Less than 25% of vaccine doses in Texas have gone to seniors, state data shows