Here are the latest COVID-19 updates, closures and postponements in Central Texas for Saturday, Oct. 24. 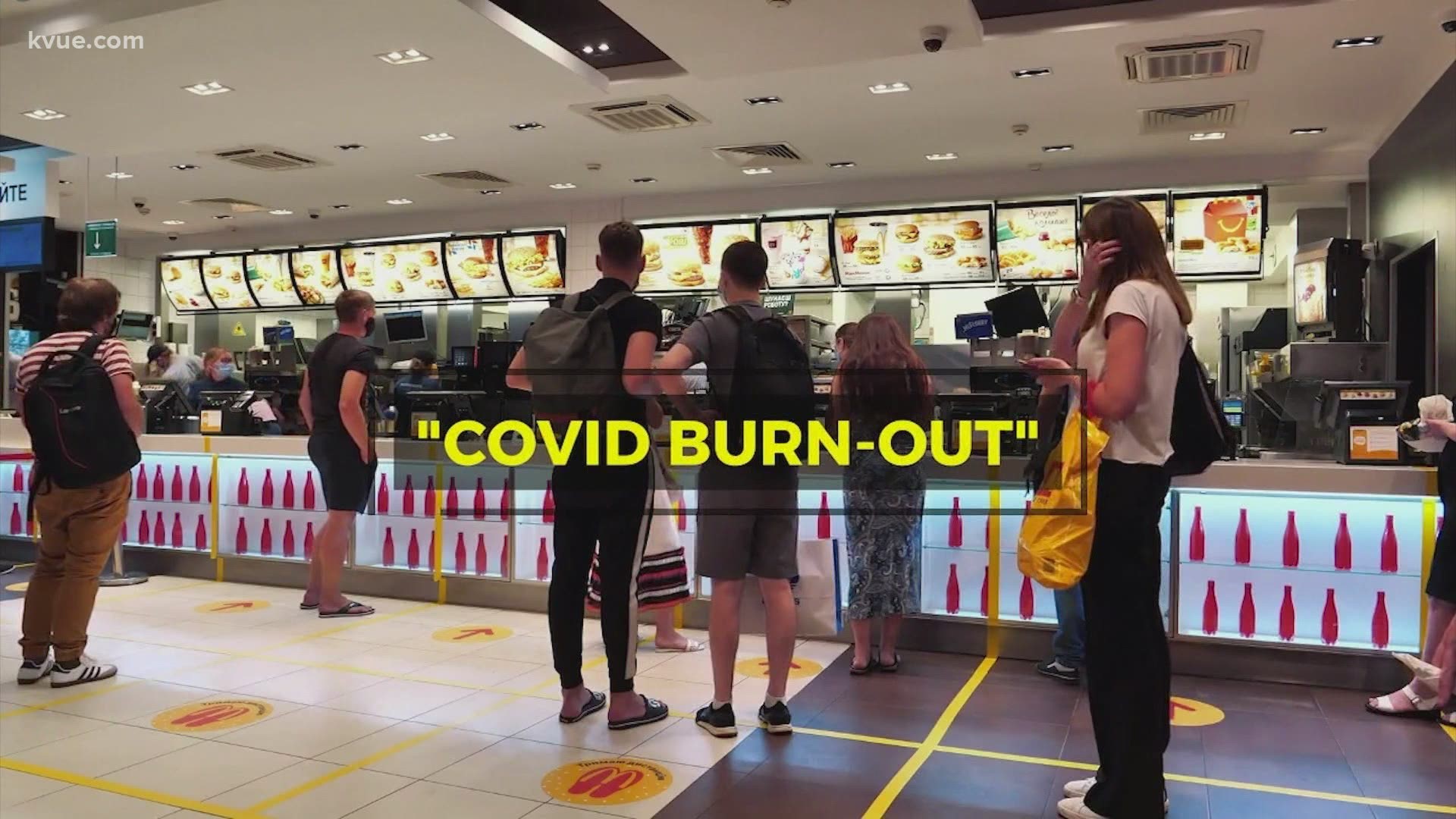 AUSTIN, Texas — Editor's note: This blog is no longer being updated.

KVUE is keeping you updated with the latest coronavirus and COVID-19 news in the Austin area.

Scroll down for the top headlines and latest updates in KVUE's Oct. 24 live blog.

In the 12-county Central Texas KVUE viewing area, there have been 829 deaths from COVID-19 since the pandemic began. The seven-day average of new cases is down 2.5% from a week ago, while testing is down 18% over the same time period. The positivity rate average for the Austin metro area is at 2.99%. The hospital admissions average in the Austin metro area is at 22.1 per day over the past seven days.

6:20 p.m. – Travis County reported another death from COVID-19 on Saturday along with 82 new confirmed cases, bringing the total to 31,493 cases and 449 deaths since the start of the pandemic. At least 30,159 people have recovered from the virus.

8 a.m. – The Texas Department of State Health Services reports the weekly average of hospitalizations is up 19% from last week, putting a strain on hospitals in the state's largest cities. New data also shows how heavily the virus is affecting the Hispanic community: 56% of deadly cases affected Hispanic residents.

Up and down trend of temperatures before Monday's cold front whopper