Dr. Mark Escott said the 10 to 19 age group has had "significant rates of positivity" recently. 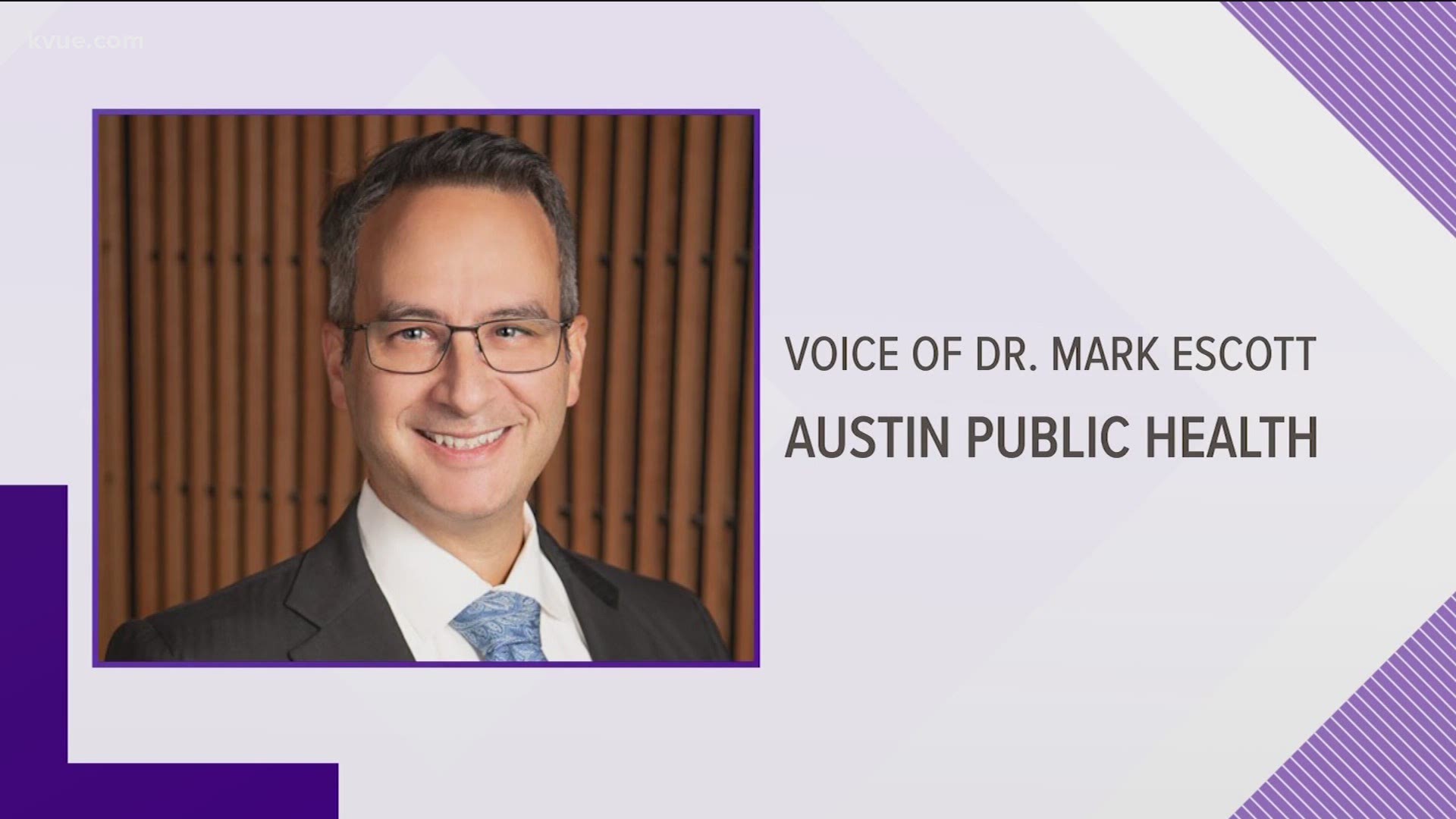 TRAVIS COUNTY, Texas — With the new school year looming, a particular statistic continues to come up as a point of concern from Austin health officials: the positivity rate in Austin's 10 to 19 age group.

Austin Interim Health Authority Dr. Mark Escott told Travis County Commissioners Aug. 11 that the 10 to 19 age group has had "significant rates of positivity" in the recent weeks. In the week of July 19 to July 25, the 10 to 19 age group had by far the highest positivity rate at more than 20%. Escott said the school-age to teenage population had the second-highest rate of positivity from July 26 to Aug. 1.

"You can see that age group has had significant rates of positivity throughout this pandemic dating back to the end of June," Escott said.

For context, Escott offered this clarification when it comes to the percent of positivity in the age group.

"I will say that part of the reason why they are higher in terms of percentage is there are a relatively low number of individuals in this age group being tested," Escott said. "Because we are seeing disease transmission, because we are seeing hospitalizations associated with this group, we are encouraging individuals in this age group who have a known exposure to get tested so we can better mitigate the risk of further spread beyond them."

While Austin's coronavirus numbers have been on a slightly downward trend, Escott has continued the mantra of proceeding with caution in regard to schools reopening. Escott stressed he wants parents to understand that kids can get and will transmit the disease.

RELATED: Can kids get and transmit coronavirus?

Examples of coronavirus cases showing up in schools reopening have made headlines across the nation: including an Indiana school registering a case on its first day back and also a photo of a crowded hallway at a Georgia high school, which went viral and later conjured nine cases.

One commissioner asked Escott about future projections and whether or not Austin could expect a spike of coronavirus in kids. Escott said it's challenging to tell, but proposed schools a maximum reopening capacity of 25% for the first few weeks.

Escott said regardless of what coronavirus response stage Austin is in – Stage Four as of Aug. 11, but in second straight week of registering Stage Three zone numbers – the City needs to proceed slow and steady in order to prevent any spikes or projected increases.

The meeting concluded with a question about a recent opinion issued by the Texas Attorney General Ken Paxton for the reopening of schools for the upcoming school year amid the coronavirus pandemic. However, the guidance conflicts with what local health authorities and the Texas Education Agency (TEA) have been saying.

Though Paxton said local health authorities have played an important role in protecting the health of students and school employees, they cannot issue sweeping orders on closing schools for the sole purpose of preventing future COVID-19 infections. Instead, Paxton said their role is limited by statute to address specific and actual outbreaks.

One commissioner called Paxton's guidance "ignorant," and Escott said there was still some debate regarding the attorney general's guidance. Escott said he still believes he has the legal authority for Austin-Travis County and added that the local health orders issued by Austin Public Health are applicable to public, private and religious schools.

"This is about saving lives," Escott said.