Austin Health Authority Dr. Mark Escott told county commissioners that COVID-19 numbers were on an upward trend in the past 10-14 days. 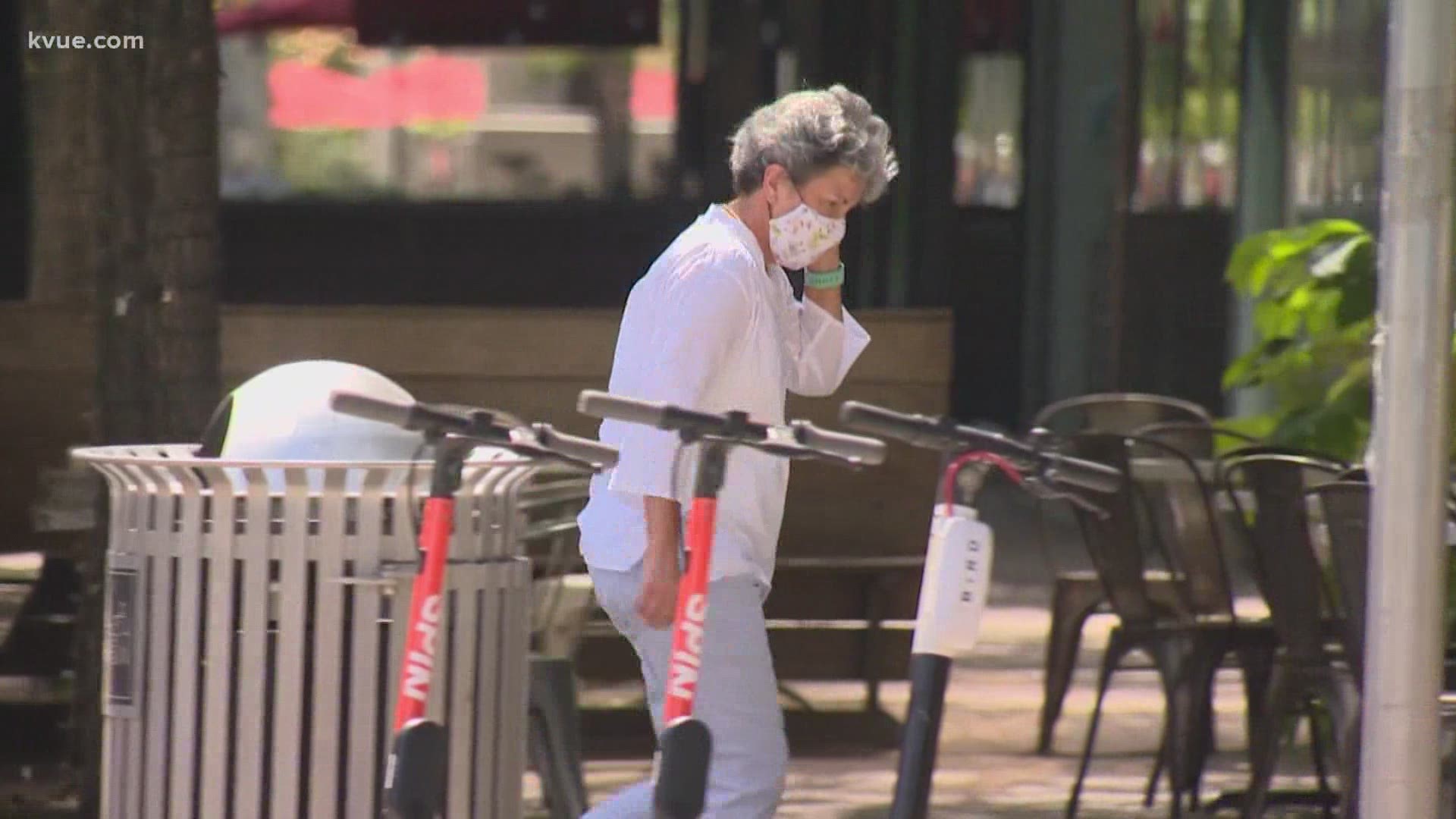 "Halloween doesn't look too bad, but Thanksgiving is going to be ugly if we don't change our actions now," Escott said.

Escott said there were 97 reported cases on Oct. 19 to bring the seven-day moving average to 93, which he said has increased over the past 10 days.

Escott also updated the commissioners about the University of Texas COVID-19 Modeling Consortium data, which he said had increased from a 66% chance "the epidemic is growing" a week ago to "almost 90%."

Escott updated the county commissioners on the coronavirus numbers in area school districts as well.

At the end of Escott's report, county commissioners asked for an update on guidance surrounding festivities for holidays like Halloween and Thanksgiving. Escott reverted back to CDC guidance, which suggests people do not partake in traditional trick-or-treating or other social gatherings.

RELATED: Austin doctor says spike in cases may be due to 'pandemic fatigue'

Instead, Escott proposed other alternative ways for people to celebrate Halloween and other fall holidays.

"We have published some guidelines, which are consistent with CDC's recommendation. The recommendation is that individuals do not do door-to-door trick-or-treating and create a new tradition this year," Escott said. "Some folks are doing a candy hunt, similar to an Easter egg hunt. My family is doing a piñata."

Escott said there are a number of ways people can still participate in festive activities while remaining socially-distant, such as virtual Halloween costume contests. He said he believes six months is going to be the "absolute minimum" amount of time that the public will need to continue being vigilant with coronavirus precautions. Escott said nine to 12 months was more realistic, depending upon the timing of vaccine approval and distribution.

Nominate your boss to win free Diet Coke for a year