In the past nine months, Miranda Erlanson, 27, said she's visited the emergency room 17 times and has been hospitalized three times. Now, she's in a wheelchair. 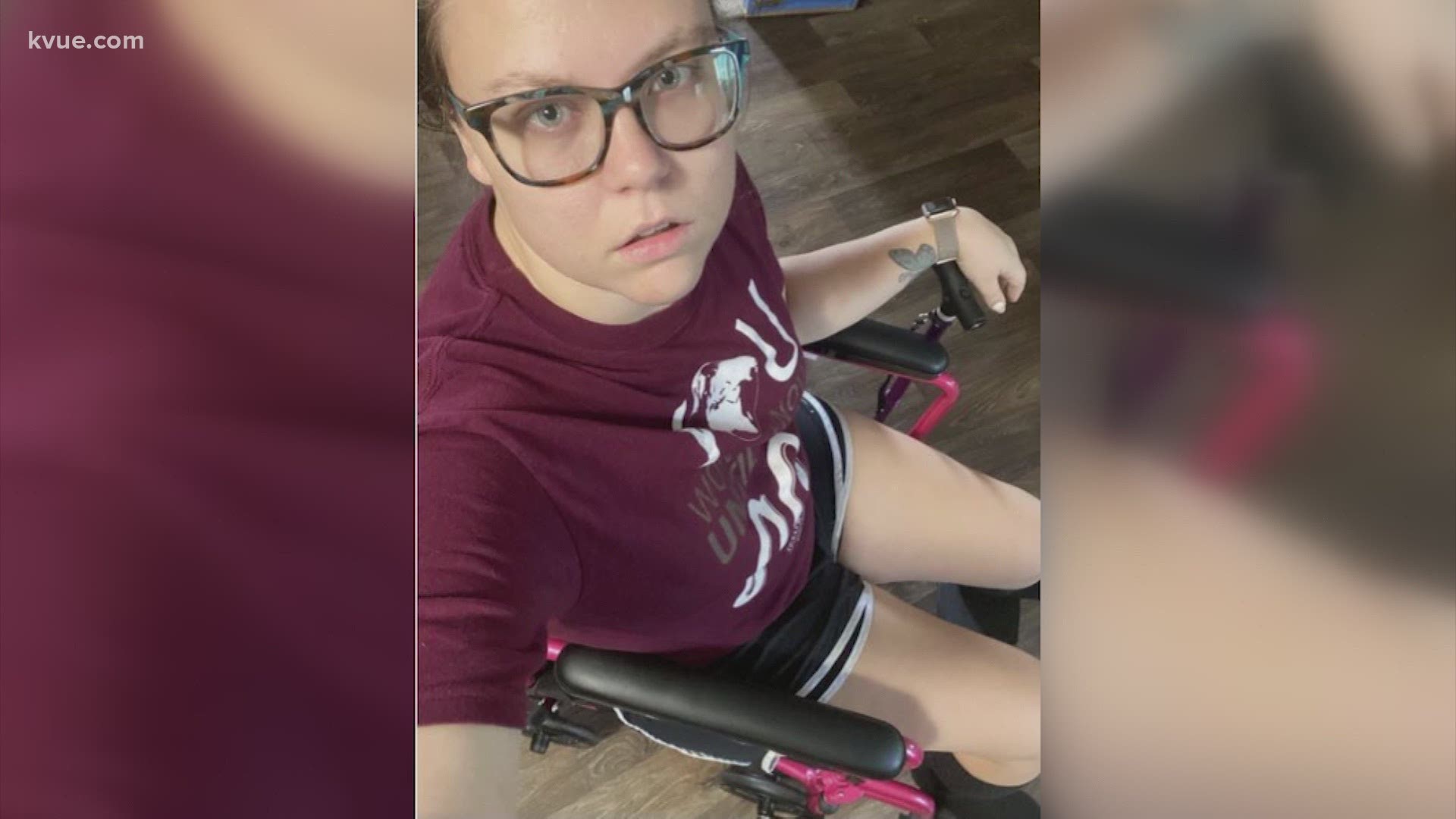 AUSTIN, Texas — For Miranda Erlanson, being a teacher is something she has dreamed about since she was a little girl.

"I always played a teacher when it was time to play, at home or in the classroom. I just always wanted to be a civil servant," said Erlanson.

Currently, she's an English teacher at Austin ISD. To say this school year isn't exactly going as planned would be an understatement. It was March when she first noticed something wasn't right.

"Before spring break, I woke up and I couldn't breathe. I was trying to breathe but it was like the air had to pass through a funnel," said Erlanson.

Her symptoms temporarily subsided, but they returned in June and gradually became worse.

In the last nine months, she's visited the emergency room 17 times and she's been hospitalized three times. Now, she's in a wheelchair due to complications and being weak from the virus.

She tells KVUE she had no prior health complications.

"I was diagnosed with gastrointestinal dysautonomia, and this is a common COVID-19 debilitation," said Erlanson.

She said if it wasn't for a Houston woman named Caroline Andrews and her COVID-19 survivor blog, she wouldn't have made it.

"She has a nonprofit blog called True Stories of COVID-19, and survivors can share their stories with her," said Erlanson.

She said she has frustration toward Gov. Greg Abbott and the Texas Education Agency for encouraging and allowing the reopening of schools in Texas.

"It is unconscionable that we are being asked to give our lives. Not being asked, actually, being forced," said Erlanson.

For now, Erlanson will continue teaching English at home while continuing to battle COVID-19 symptoms and complications. She said AISD has been very helpful and understanding during this process.