"It's a core Christian value to be a good neighbor," said an Austin pastor. He said the church he serves at stopped in-person services. 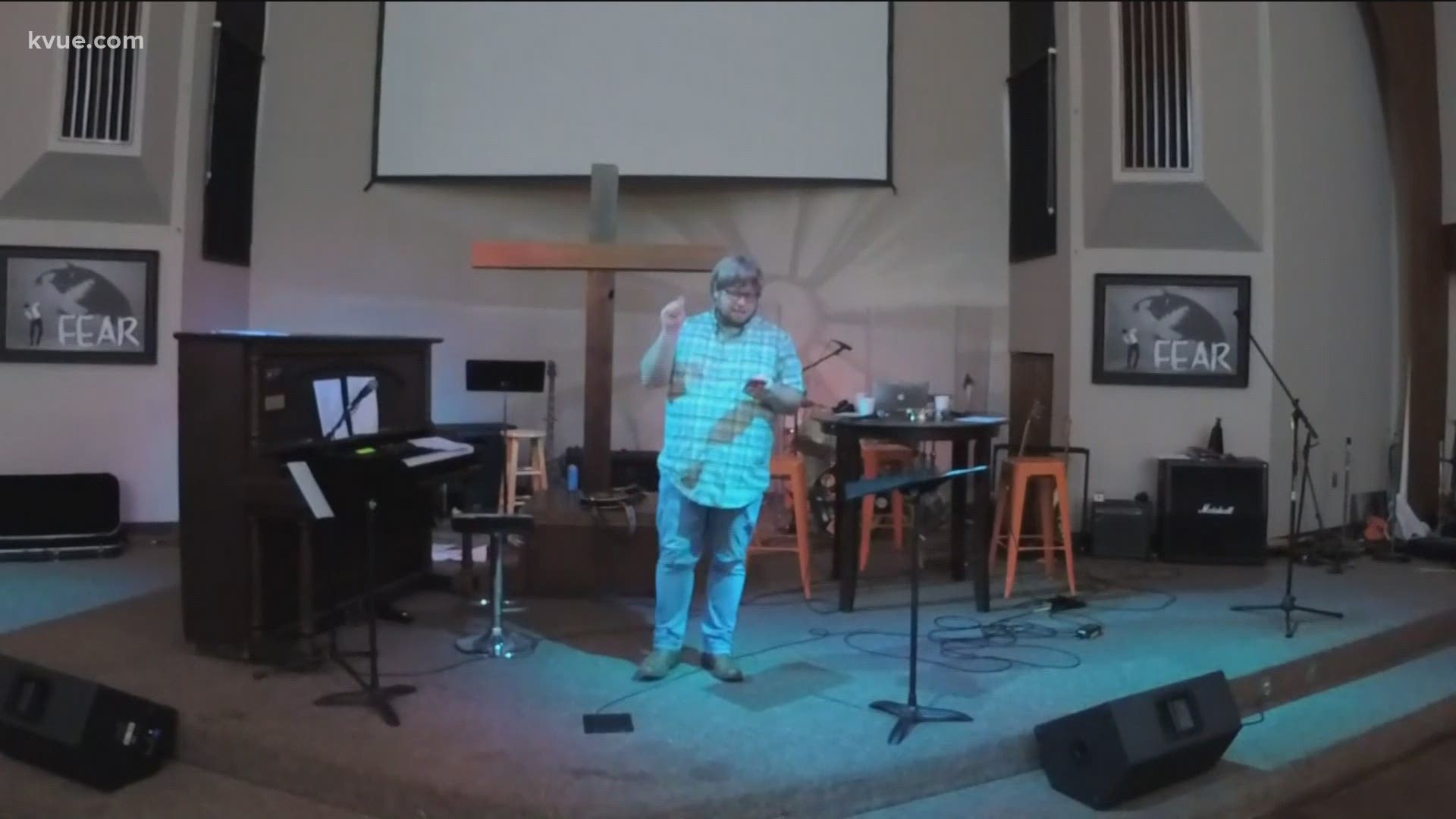 "I think it's also difficult to not be around other people that are kind of your support system, especially for the kind of people that we work with," said Hilbelink, "because a lot of them are in drug, alcohol recovery. A lot of them do have mental health issues, and so not having community around you is a pretty significant thing because it is so important to recovery.”

At the end of May, Hilbelink said Sunrise Community Church started reopening. In-person church services started up again. The church also had televisions at two outdoor locations on the campus where people could watch the service. They also continued the feeds on Facebook Live.

As of July 5, the church stopped in-person services once again and closed off one of the outdoor locations.

"Basically, it was based on the rise in cases in Austin and [we] wanted to be a good neighbor to our community,” said Hilbelink.

Hilbelink said they are still streaming the services online and kept one of the outdoor viewing locations open. He said that space is "mostly used by people who were indigent and don't have access to to Facebook or things like that."

On Friday, the governor’s mandate that Texans wear face coverings, with some exemptions, went into effect. One exemption included people who are participating in religious worship.

"I understand that the separation of church and state," said Hilbelink. “But I also think it's a core Christian value to be a good neighbor to people around you, and I think it's irresponsible for us as Christian leaders to exempt ourselves, even if the governor wants to exempt us. I think us giving ourselves a free pass is probably unwise of us.”

Hilbelink said people who are on campus are asked to wear masks. He said that if in-person services resume, he plans to ask people to wear masks in the sanctuary, as well.

Experimental treatment may have rid man of HIV, doctors say