First responders, health care workers, long-term care residents and higher-risk groups are under consideration, according to the agency. 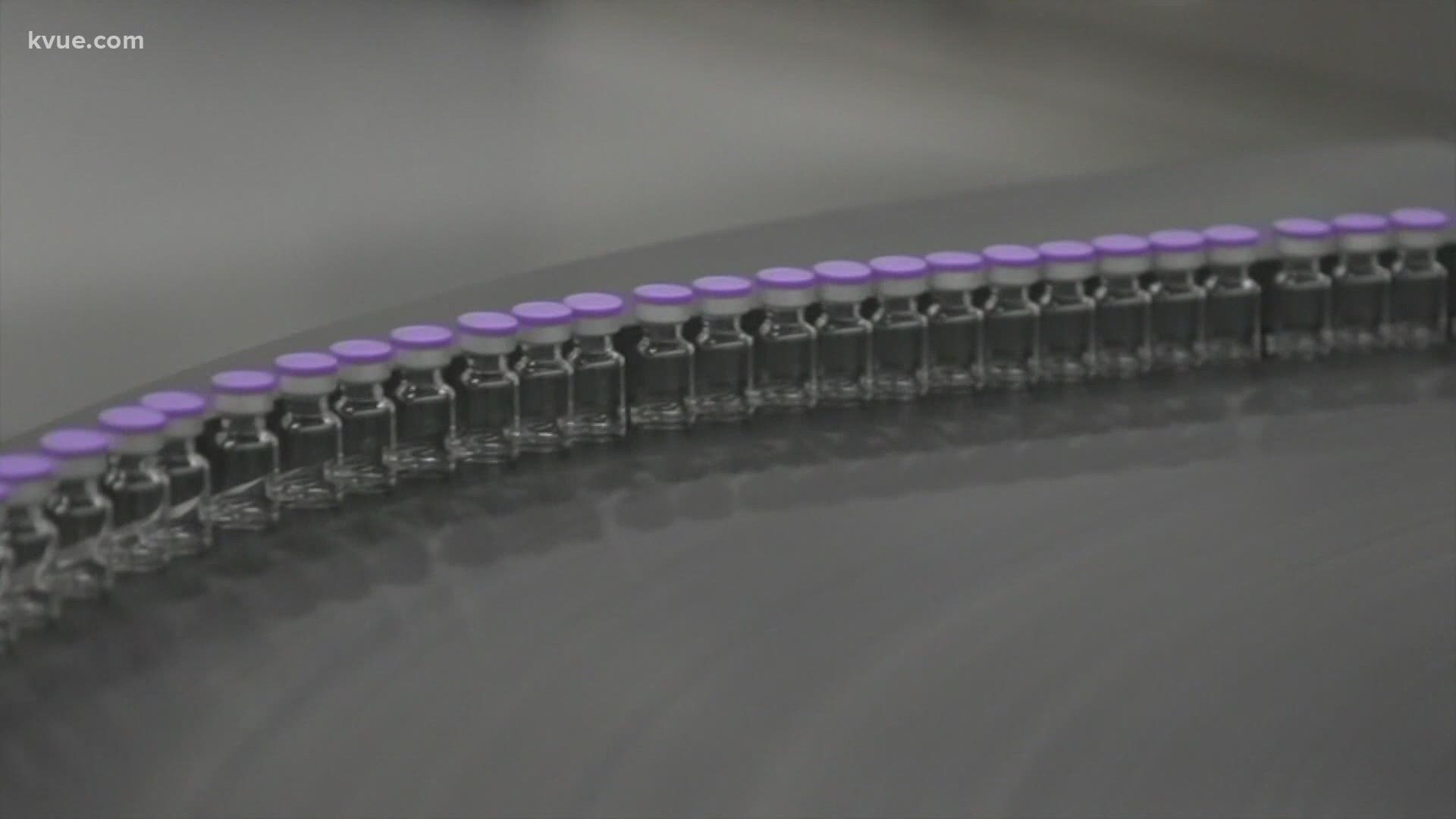 AUSTIN, Texas — As people eagerly await the approval of a COVID-19 vaccine, questions about who will get it first are keeping public health experts busy.

"We do think that by end of year, end of December, beginning of January, we'll start to see some vaccine distribution happening," Cassandra DeLeon, the interim health director at Austin Public Health, told KVUE Tuesday.

DeLeon is part of the City's COVID-19 Vaccine Distribution Coalition, which formed at the end of October and has more than 100 members. As its name suggests, its focus is making sure the first batch of vaccines is distributed to people who need it the most.

At a city council briefing Tuesday, APH Director Dr. Stephanie Hayden shared what those groups could look like.

Long-term care residents and higher-risk people are also under consideration.
But exactly who qualifies as high risk – and if you will have to somehow sign up to get the vaccine – is still being decided.

Either way, DeLeon said data will drive every decision.

"That's where, really where we're trying to focus, helping to keep those folks healthy and then expand the vaccine beyond that," she said.

More than 100 providers, like hospital systems and pharmacies, have so far signed up to distribute the vaccine in Austin-Travis County, DeLeon said.

But making sure people know the vaccine is available once it's here and that they have access to it will be crucial.

"There will be very specific and targeted information to those priority populations to make sure that they are able to access that vaccine," she said.

1 dead, 4 injured after vehicle crashes into construction zone on Mopac