Appointments for first doses go live on Tuesday and Thursday evenings, but additional scheduling days may be added in the event of operational changes, APH said. 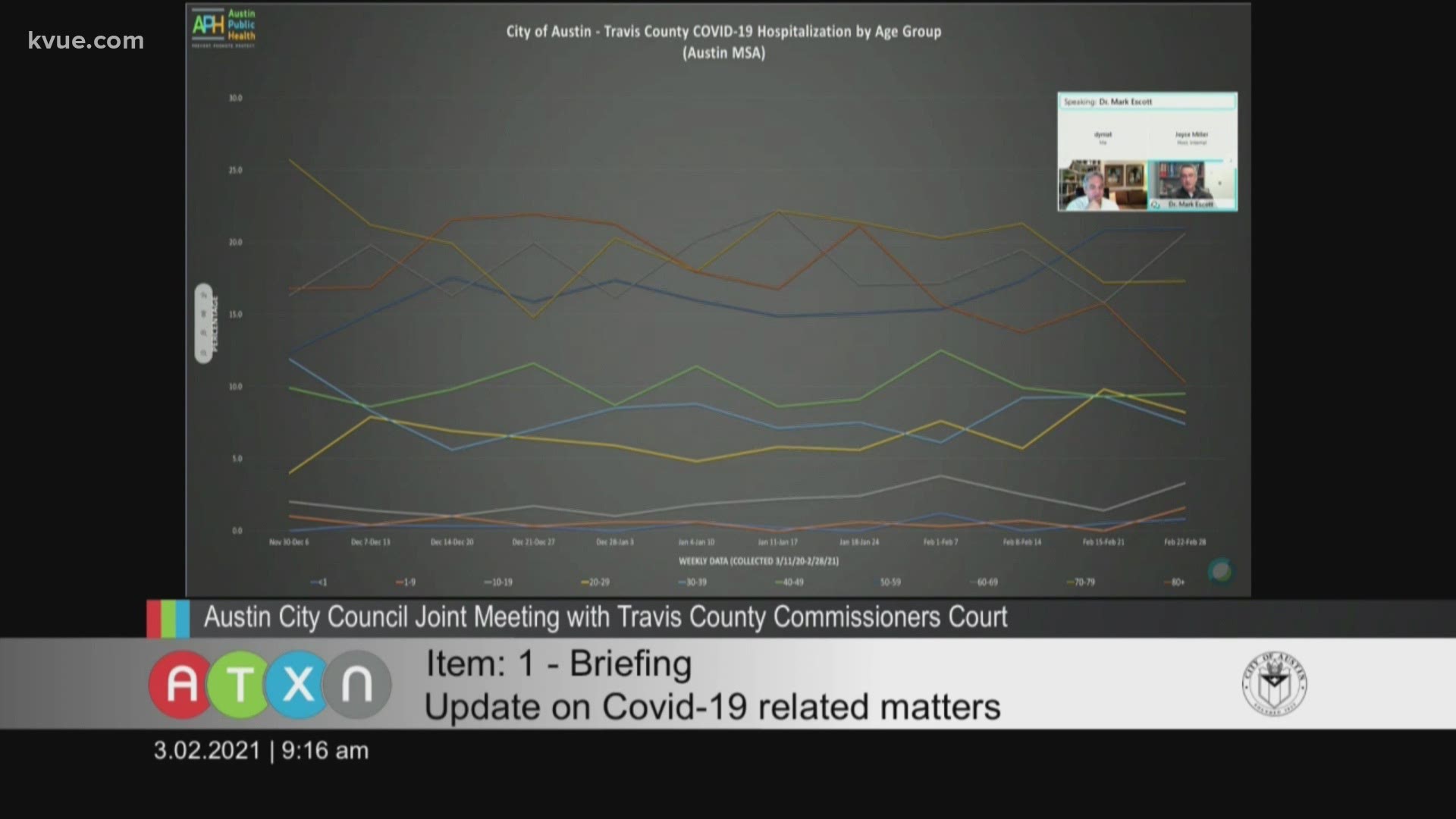 APH Director Stephanie Hayden-Howard said the new queueing system shows when the department will release its vaccines. APH appointments for first doses go live on Tuesday and Thursday evenings, but additional days of scheduling may be added in the event of operational changes, Hayden-Howard said.

APH also added a second dose form for patients to fill out if they have not heard from APH in a timely manner. This comes after APH made changes to its second-dose process. People who have had their second COVID-19 dose from Austin Public Health (APH) bumped past 42 or more days may temporarily walk up to vaccination sites and get their second shot, officials confirmed to KVUE.

KVUE spoke with a Bastrop County couple got the first dose of the COVID-19 vaccine six weeks ago from Austin Public Health, but were are afraid they won't get an appointment for their second dose in time.

Travis County Judge Andy Brown told KVUE on Monday that “the stars are aligning” to have more events after the successful test run at COTA. He said there will be another vaccination event at COTA this weekend, on either March 6 or March 7. Brown said 1,300 volunteers have already signed up to help administer the vaccine.

Brown said at the event that they hope to eventually give out 50,000 doses each week.