People can come in and see a dentist for as little as $40. Especially now, an organization spokesperson wants to keep people with toothaches out of emergency rooms. 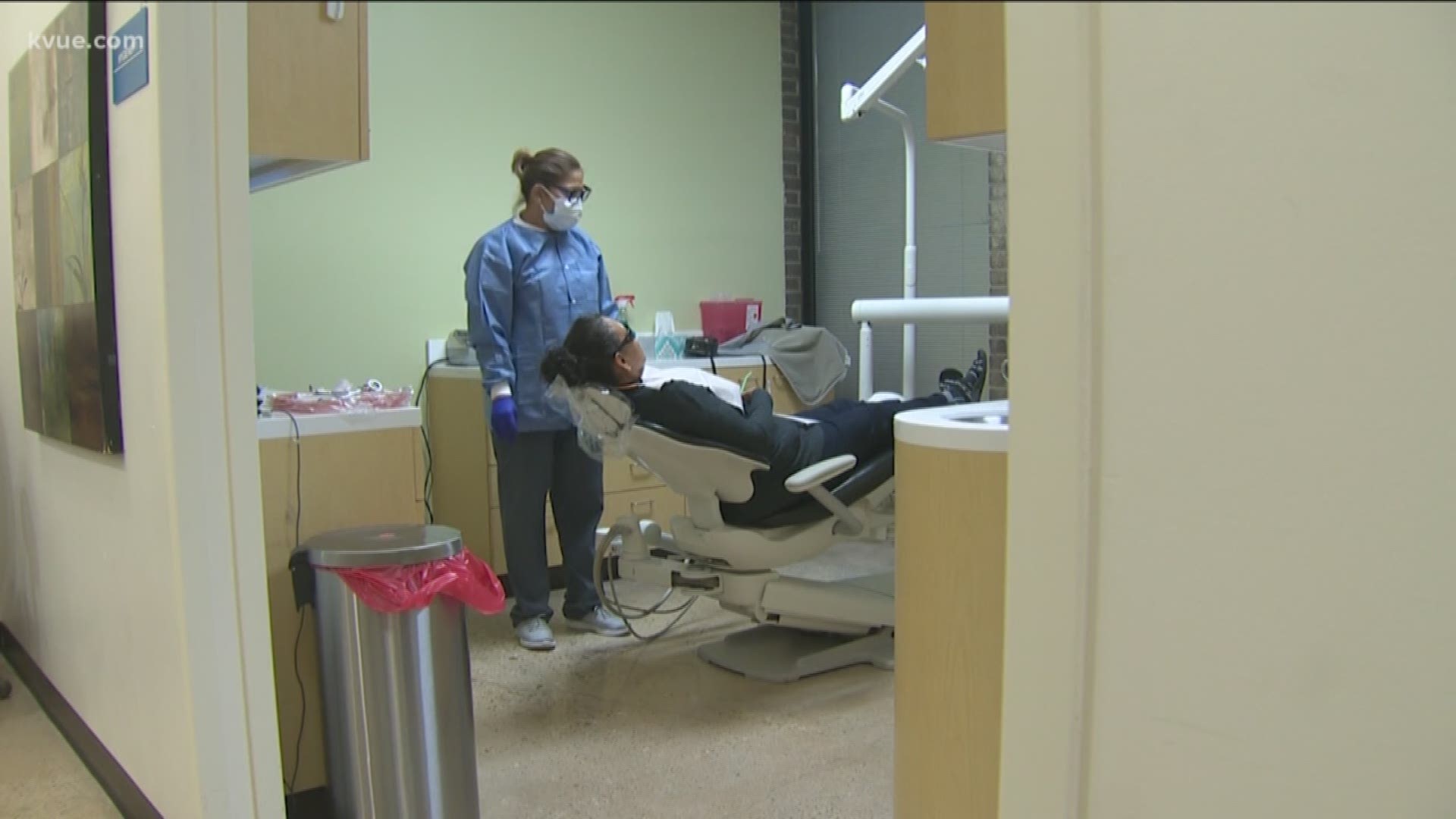 AUSTIN, Texas — At a time many places are closing due to coronavirus, there’s at least one organization looking to stay open by providing food and low-cost dental services to the public.

Because of the virus, Manos de Cristo in Central Austin is staying open by tightening up the rules. Patients can come in as long as they don't have any flu-like symptoms, such as a headache or fever. The executive director, Julie Ballesteros, said they’re doing this to make sure they can keep their dental services available as well as their food pantry.

The dental program is full service. We’re told people can come in and see a dentist for as little as $40. Ballesteros said they offer everything but implants. During this time, they have made additional safety changes. Everyone who comes in has to get their temperature checked, including the staff.

Especially right now, Ballesteros said people don’t need to be in an emergency room for a toothache.

“Toothaches are going to happen whether it’s today or tomorrow or during this time or six months from now, toothaches are not going to stop,” said Ballesteros. “We don’t want people sitting at home in pain. We want people to come and get the immediate problem taken care of.”

They also have a small food pantry open in a separate part of the building. For safety reasons, they’re only allowing curbside drop off and pick up. That means there’s no physical interaction between the employees and the clients.

Because folks in the community have lost jobs due to the coronavirus, Ballesteros said they’re seeing a lot more people than usual.

How to help: Website helps you navigate nonprofits in your area

“These are hardships we’ve never seen before and we haven’t seen people line up so early in the morning before for food,” said Ballesteros. “I think it’s going to be several weeks before people are able to draw on their unemployment but also just to feel confident going out in public.”

Usually, people can only come and get food about every three months, but we’re told due to circumstances no one will be turned away. This organization plans to stay open as long as it’s deemed essential.

WATCH: How to help during the coronavirus outbreak

Doctor: Here’s the safe way to unload your groceries amid COVID-19 pandemic