On Wednesday, local health officials announced the city would be moving to the fifth and final phase of its COVID-19 response. 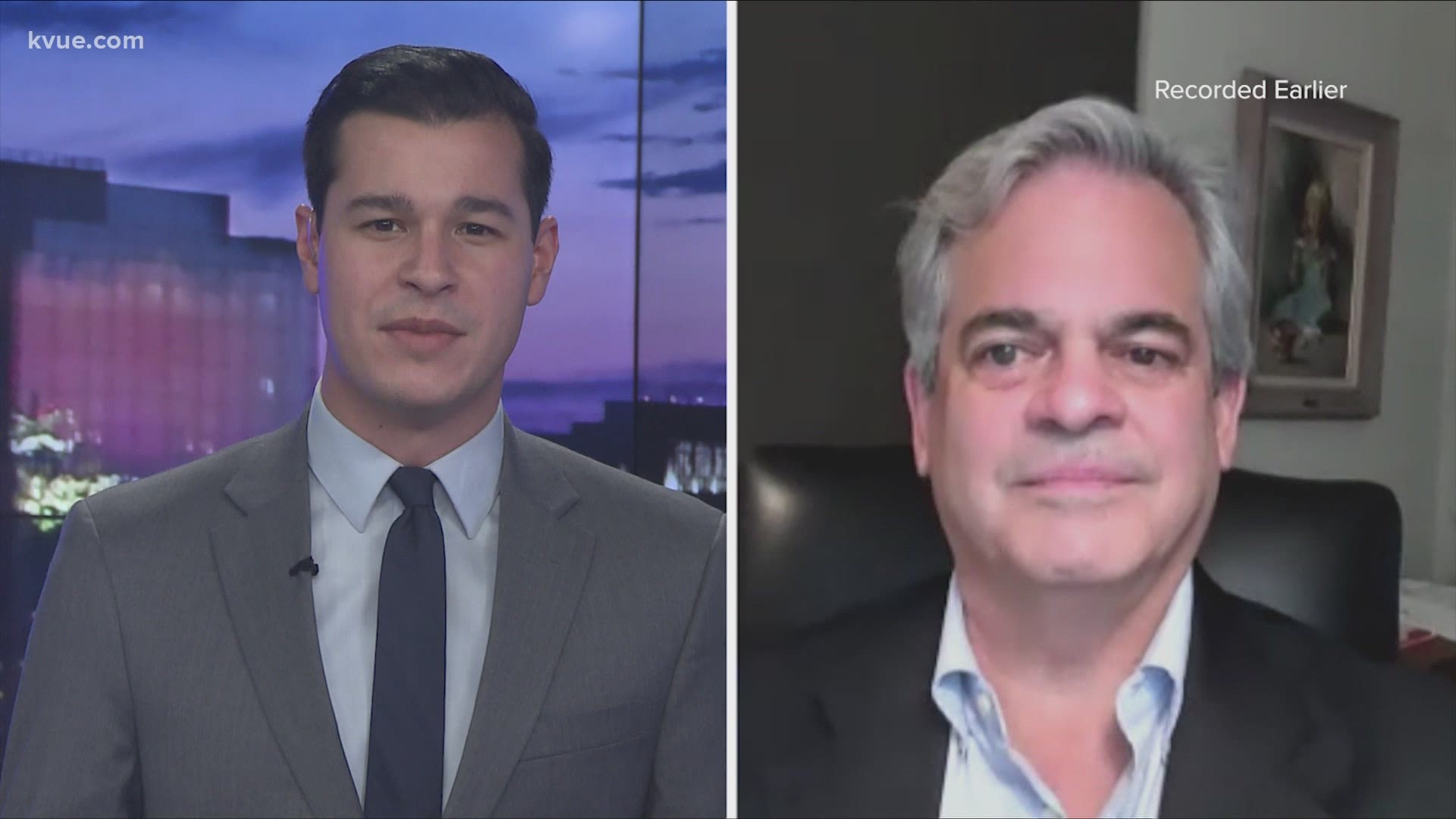 AUSTIN, Texas — Austin's health leaders announced Wednesday morning that the City of Austin would be moving to the fifth and final phase in its COVID-19 risk-based guidelines as cases continue to surge across the area and across the state.

Austin Mayor Steve Adler joined us Wednesday evening to discuss what that actually means for Austin and Travis County residents.

We know a lot of folks have questions about Stage 5 and what exactly that means. So what does this mean for families who are already gathering or traveling for the holidays?

Well, I think that mostly the new order that I entered and that the County Judge Brown entered are our recommendations and strong encouragement for behavior. It doesn't have mandated rules but, generally speaking, at a really high level, it's asking people to be especially careful whenever they possibly can over the Christmas holiday and certainly over the New Year's holiday so that we avoid the kind of surge that we saw after Thanksgiving.

We do know that Austin/Travis County met the criteria for Stage 5 on Tuesday. Why wait until today to declare it?

Well, you know, we're not really in Stage 5 until Dr. Escott says we reached the place to get there. One of the chief indicators is when we cross the seven-day moving average of 50 or more hospital admissions, we actually reached that 50 point late last week. But then we dropped back down to 48, and then we were up to 50 and we were 40. We were right on the edge. Dr. Escott said that he wanted to actually see numbers that really established that we weren't just on the edge, but that we were moving well into the 50s and perhaps past the 50s.

It's important to note that these are guidelines because they can't go against the governor's orders. So is that frustrating to local leaders? Do you feel like your hands are tied when it comes to enforcing those guidelines?

Well, it is best that we're not, you know, in a battle with the governor's office. And we're going to try to avoid that as best we can. Ultimately, we'll do whatever we need to do in order to keep the community safe.

We can't enforce our way to compliance. There are not enough police officers or sheriffs or code agents. Ultimately, we do well at crunch time because we have a community that recognizes those are special moments when we have to show extra discipline. And the hope is that we'll see the same kind of community behavior that we saw March going into April and June going into July. That was it now where the community will step forward.

We have heard from a lot of local businesses and restaurant owners who say that they really don't think that they'll change their protocols in light of this news. So what's your message to them?

Well, ultimately, these are just really strong recommendations there. They're not mandates at this point and it's real important, two things, I think, for the community to know. The first is we're not targeting restaurants or the bars that are operating but calling themselves restaurants under the governor's exception. We're not targeting those places, but what we're targeting is behaviors.

I recognize that there will be some businesses that do that and some that don't. I recognize that that then we talked to the people and we say, you know, whether or not there's an opportunity for you to do it, you still get to decide whether you do or not.

Missing a package? Millions may arrive late this Christmas as Postal Service wrestles with delays