'Absolutely essential': Health authority says masks should be mandatory for the next year

In a meeting with Travis County Commissioners, the interim health authority said mandatory masking is essential for the next 9 to 12 months. 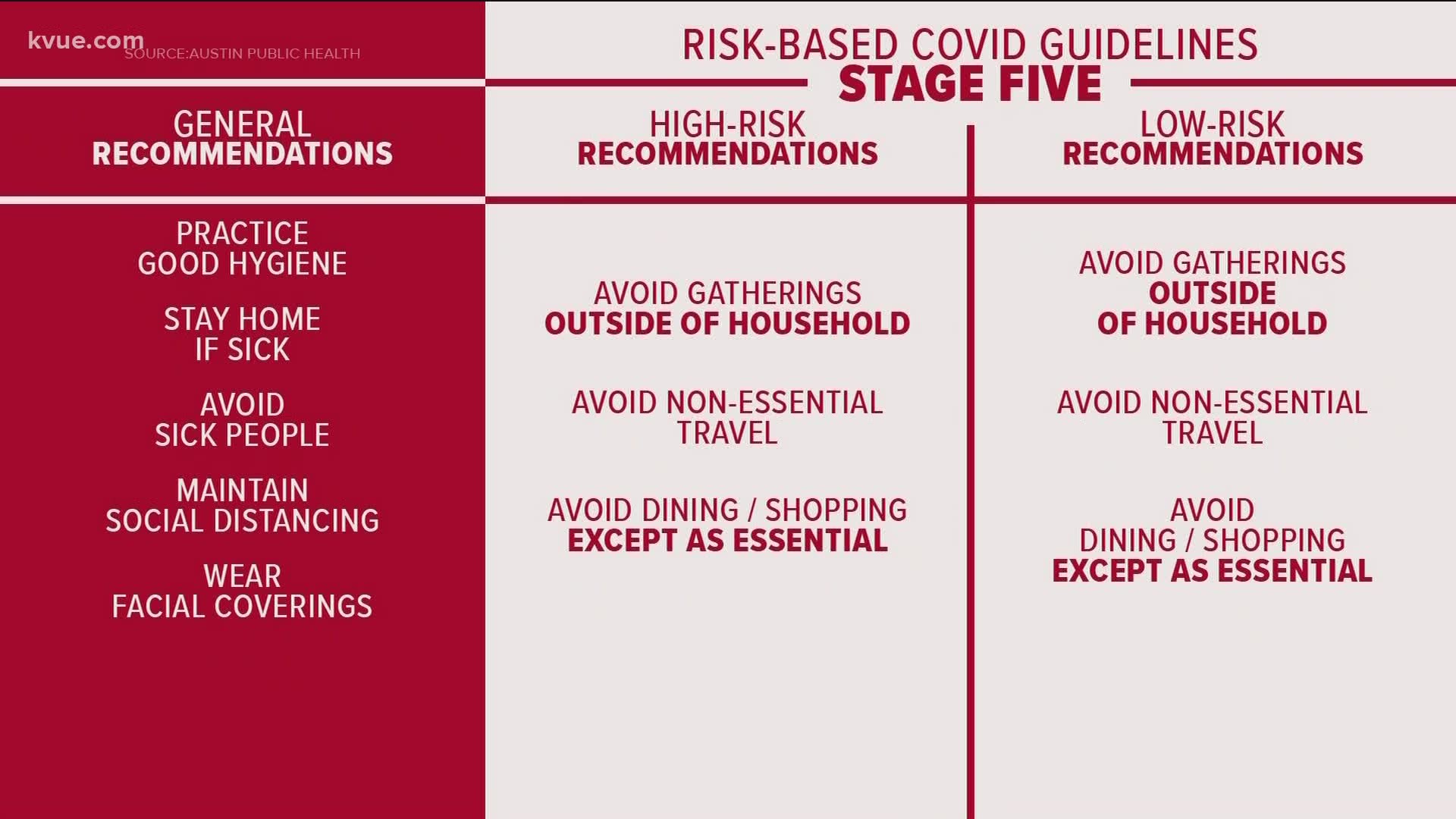 TRAVIS COUNTY, Texas — Dr. Mark Escott, the interim health authority, spoke to Travis County commissioners on Tuesday during a meeting in which he said masking might need to be mandatory in the area for the next year.

"We've got to get people to understand that a substantial percentage of the disease is spread by those who are asymptomatic somewhere in the neighborhood of 40-50%," said Escott.

Escott went on to say that just because someone looks well is not proof that they do not have COVID-19.

"This is why mandatory masking is absolutely essential for us to control this disease, not only now, while we’re peaking, but for the next 9 to 12 months until we have an effective vaccine that is widely available to the public. I know that folks are tired of masks, they don’t like the feel, it’s hard to communicate, but we simply must do it," said Escott. "We cannot control the spread of the disease by contract tracing alone, not when 47% or so is asymptomatic. Not when we have pre-symptomatic patients. Not when we have folks who are mildly symptomatic who are spreading disease."

This was during a portion of the presentation when Escott was breaking down which ZIP codes have seen the highest amount of cases the past week. However, he said, just because a high amount of cases is shown in a particular ZIP code, it doesn't mean that you'll be safe by avoiding that area.

Escott explained that the "risk is everywhere."

"The fact that people need to remember is that we have uncontrolled, widespread community transmission. That means any time you leave your house, there is a risk for transmission. A grocery store or a hardware store, the restaurant, and a family gathering, a gathering of friends, there is risk of transmission there," said Escott.

Meanwhile, Austin Mayor Steve Adler is considering a stay-at-home order if cases continue to surge. Currently, Austin-Travis County is at Stage 4, the second-highest level of risk.

"Whether or not we have a need to move to a Stage 5 or a return to shelter in place depends on what the community does," said Adler. "The more we can slow down the transmission of the virus, the better chance we have of being able to keep the economy open, ultimately keeping people safer."

He said in order to do that, people need to change their behaviors. This means wearing a mask every time people go outside, social distancing if they are around people, and avoiding large gatherings. Adler said this is something they are watching.

"We're on a trajectory right now that if we don't change things, we're going to overwhelm our hospitals probably sometime in mid to late July," said Adler. "So now it's up to the people in the community. How badly does the community want to avoid those things? How completely will the community change behaviors?"

RELATED: Austin's positivity rate is the highest in the country. So what does that mean?

Adler, echoing Escott, said he knows wearing a mask is an inconvenience, but he said wearing it is needed if we want things to continue to reopen.

If Austin-Travis County moves to Stage 5, then Austin Public Health instructs that only essential businesses would be open and people should avoid gatherings outside of their household.

Austin bar owners protest the shutting down of bars by Gov. Abbott