An Austin man signed up to be part of the Pfizer vaccine trials and says he thinks he received the vaccine. 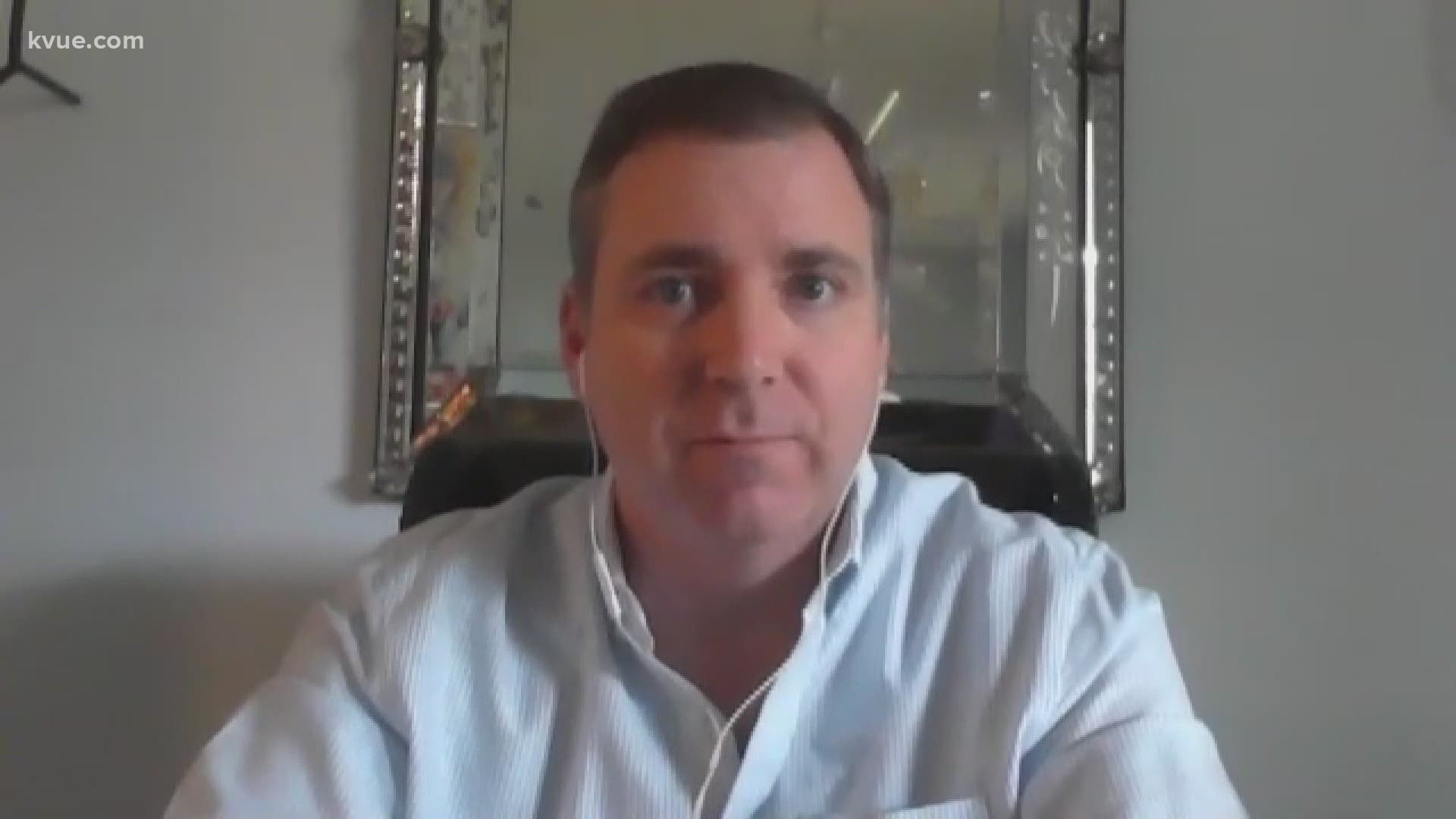 AUSTIN, Texas — Glenn Deshields is an Austin resident who said he participated in the Pfizer vaccine trials.

Deshields said he got the first shot in August and the second in September. He told KVUE volunteers have a 50-50 shot at getting the vaccine ... the others will just get a placebo.

KVUE spoke to him about his experience.

Q: Have they told you who got the vaccine and who didn't?

Q: Do you think you got the vaccine?

A: "Yeah, I'm pretty sure I had side effects and I never had side effects before. I had shot sight pain for about three days. If it's not an infection, which it wasn't, it most likely is an immune response in your arm. I also found after the second visit, about two or three weeks, I went and got my own antibody test, and I've been tested throughout this thing for coronavirus and that always was negative. And I went and tested positive for antibodies, so my doctor is pretty sure that I got the vaccine."

Q: How did your body react to it?

A: "So the first time I went, the first shot, probably about an hour later I had a headache and fatigue and that lasted about 24 hours. It was a lot more than what I expected. I figured I was going to have maybe a headache or slight fever or something like that, but it was headache and fatigue, I was tired. After twenty four hours, it just kind of disappeared. The shot site pain lasted for probably three or four days. It was kind of like someone hit you in the arm, and you had a bruise. That's basically what it felt like."

Q: Are you happy you participated?

Q: What would you say to someone who is nervous about getting the vaccine if and/or when it comes out?

A: "I know there's a lot of misinformation out there about vaccines. We've been giving vaccines for a long time in this country. If you go back and look and see what the problems have been in the past, most of them were a long time ago, and they were very, very remote. You probably have more danger of getting in your car and driving to South Austin than you would going to get a vaccination. I would say if you are really worried about it, talk to your doctor, discuss it with them. I talked to multiple doctors and discussed it with them, and they can kind of set your mind at ease and then just get the shot. I mean, this is the only way to get out of this thing. If you're worried about work or something like that, do it in the afternoon. So you can at least have a night's worth of sleep. There are two shots it's going to be a scheduling nightmare in my mind."

Q: What do you think you've learned from being part of a vaccine trial?

A: "Well, it's a lot more involved than I thought it would be. The first visit is four or five hours long. There's physical tests, there's a lot of interviews. They go over everything in your medical history. They're all very, very professional. I was impressed with how well run it was there. It's administered by doctors, nurses and then other health care professionals. It's literally like a doctor's office when you go in there. It's not like a big lab or anything. You got different waiting rooms and you go to basically rooms that look like you went to your doctor."

Will the COVID-19 vaccine get us back to normal?