Austin awarded more than 100 businesses with $20,000 apiece. All the recipients have operated for more than 20 years, but not all longtime businesses could apply. 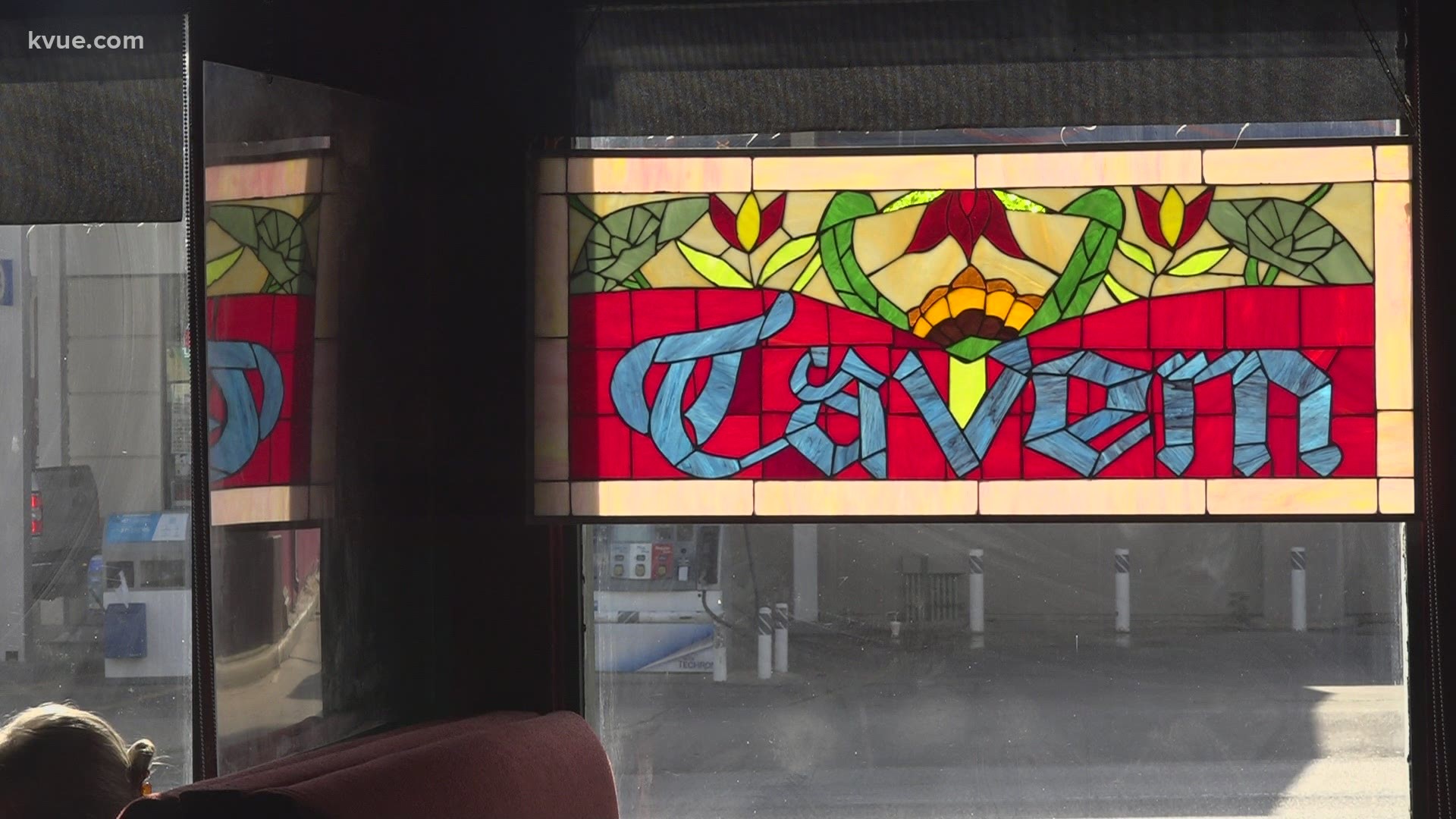 AUSTIN, Texas — Austin awarded more than $2 million to small businesses across the city in the first round of Legacy Grants.

To qualify, businesses must have existed in Austin for more than 20 years, meet below a certain threshold for business during the pandemic and be a bar, restaurant, live music venue or arts center.

Shannon Sedwick owns The Tavern and Esther's Follies in Downtown Austin. Both businesses received $20,000 each in the Phase 1 rollout of the grants.

"We had to sell everything that we could and we had to try to get a few floating loans to from our new bank," Sedwick said. "It's been a hard year, but we've just been doing whatever we could to keep a little money flowing, so that 20 grand really hit at a very nice time." Sedwick said.

According to data released by the City, small businesses in each district received funding. Districts 5, 7, 8 – representing south, southwest and parts of North Austin – had the lowest ratio of businesses that were awarded the grants. Both Districts 9 and 10 had more than 70% of businesses who applied awarded grants. District 9 represents many downtown businesses, and 43 of the 59 applicants received Phase 1 grant funding. District 10 represents West Austin and had 19 businesses apply; 14 were awarded. The majority of denied applications across the city came from places owned by people of color, according to City data.

RELATED: Boomtown or bust? The big companies getting big incentives to move to Austin

"[City Council was] very specific in the criteria," Briseno said. "Now, we have had other programs that do – that could – apply too and administered a series of relief programs through this time, one of them being a small business relief program."

Across town from The Tavern, Hyde Park Gym's owner, Brook Jones, said he couldn't apply even though the gym opened in 1982.

"It's a misnomer," Jones said. "Don't call it a legacy grant program when it's really a Jell-O shot and taco program."

"I'm reading the language and get down to the fine print: Hyde Park Gym doesn't qualify because we don't serve alcohol. We're not a performing arts venue," Jones said. "I'm not looking to the government to solve all my problems and come rescue me, but if the place down the street that serves Jell-O shots and nachos is getting $60,000, then I want a little help, too."

The City has a little less than $3 million set aside to provide additional funding as part of Phase 2 distribution. Only businesses that were approved for Phase 1 could apply for Phase 2. According to Austin's Economic Development Department, grants under Phase 2 could get up to $140,000. The application deadline for Phase 2 funding passed on May 7.

The City will notify those who were awarded as part of Phase 2 by the end of the month.

One person critically injured in shooting off North Lamar