Lola Gomez is back from treatment in the hospital, but she said she still faces a long recovery process. 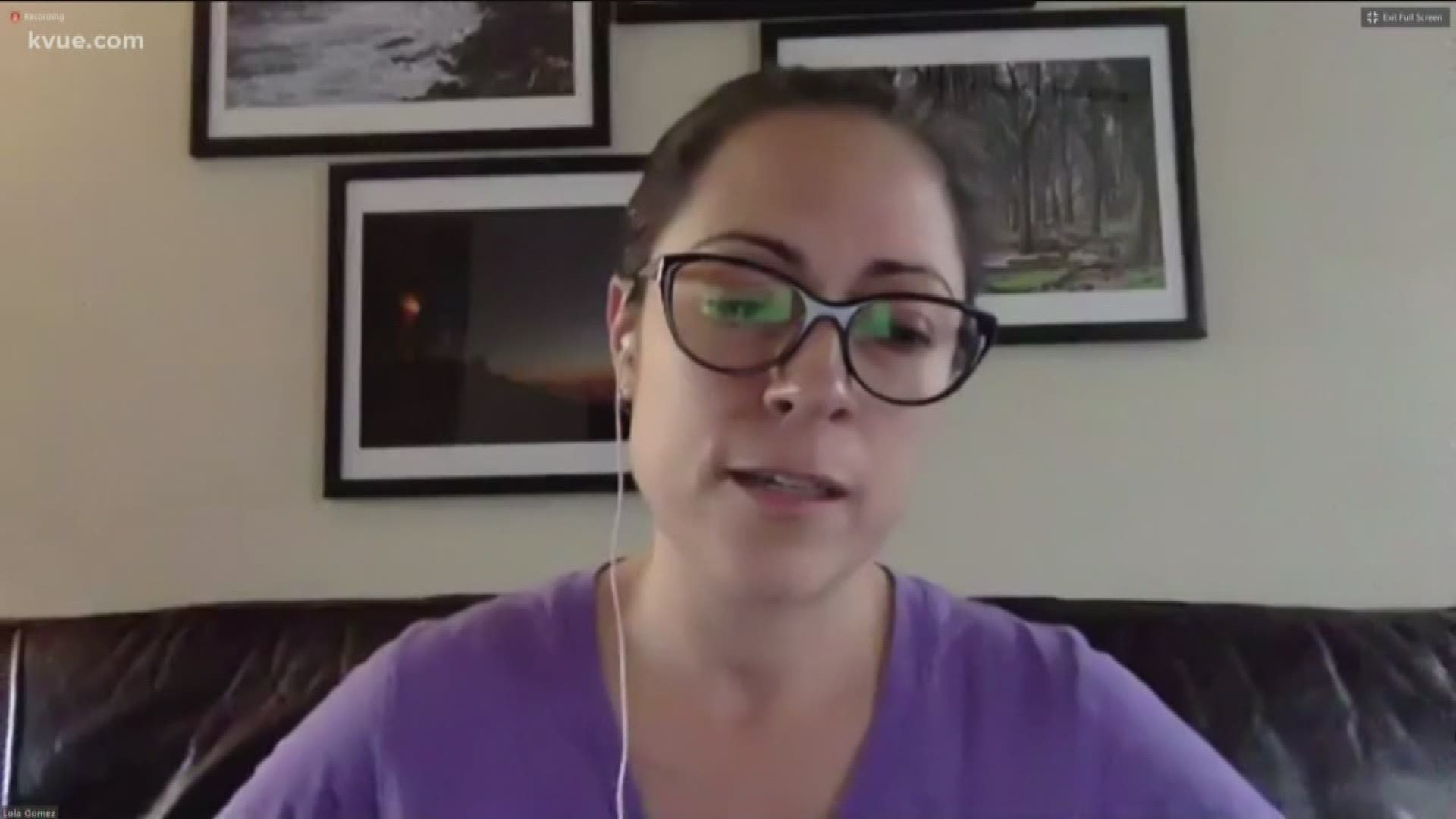 As a photojournalist, Gomez said she was continuing to cover assignments around Austin and surrounding cities as the outbreak was growing. Despite following CDC guidelines herself, she said people she encountered when covering a story about the Ann and Roy Butler Hike-and-Bike Trail weren't.

"Downtown was a ghost town completely, no one was there, but the trail was full of people," Gomez said. "We did interviews with people and they basically didn’t care about what was going on. It was just for them a simple flu, and they were like, ‘Well if I got it, I got it.'"

That night, Gomez said her symptoms started with a fever of nearly 102 degrees. Three days later, she started coughing.

"Sometimes I had a coughing attack for 10 to 15 minutes," she said. "Not even syrup or the medicine for coughing helped."

'Stay Home Texas': Lead of Department of State Health Services has advice on how to protect yourself and others

'We'll all get through it together' | Parent educator shares triumphs, woes of teaching from home during coronavirus pandemic

On three separate occasions, Gomez said she tried to get tested for COVID-19. As a 42-year-old with no underlying conditions other than asthma, she fell at the bottom of the list for receiving a test.

"[Doctors] were giving me asthma inhalers and coughing medicines," she said. "Those inhalers should give immediate relief and last for four hours. At some points that [relief] lasted 10 minutes only."

The fourth time she tried to get a test, she was sent to the ER. She was treated at St. David's South Austin Medical Center.

"At that point honestly it was the most terrifying," she said. "I remember I was talking with my sister in Florida and I was telling her, 'We need to tell this to mom because I don't know if I'm going to make it.'"

After receiving treatment for an hour, Gomez said a doctor tried to send her home without a test.

"With my little breath, I said, ‘Nobody is going to move me from here,'" she said. "I live by myself. I can’t even move at home. I’m losing my breath. After what I just experienced, this is not going to happen."

Gomez spent three days in the hospital. Her test results came back positive after 12 hours, but she said that is a short window compared to the 14-day wait drive-through testing centers have.

Now, she is back home, but she said she still faces a long recovery process.

She hopes others will hear her story and take warnings seriously.

"This is a serious matter," Gomez said. "This is something your body doesn’t understand. Your body is going to fight back with everything it has, and in that battle, you can die. Sometimes it's only a cough, but in my case, it’s this."

WATCH: Seeing the good in a positive coronavirus test

Timeline: Scattered storms in Central Texas for Thursday; some could be severe