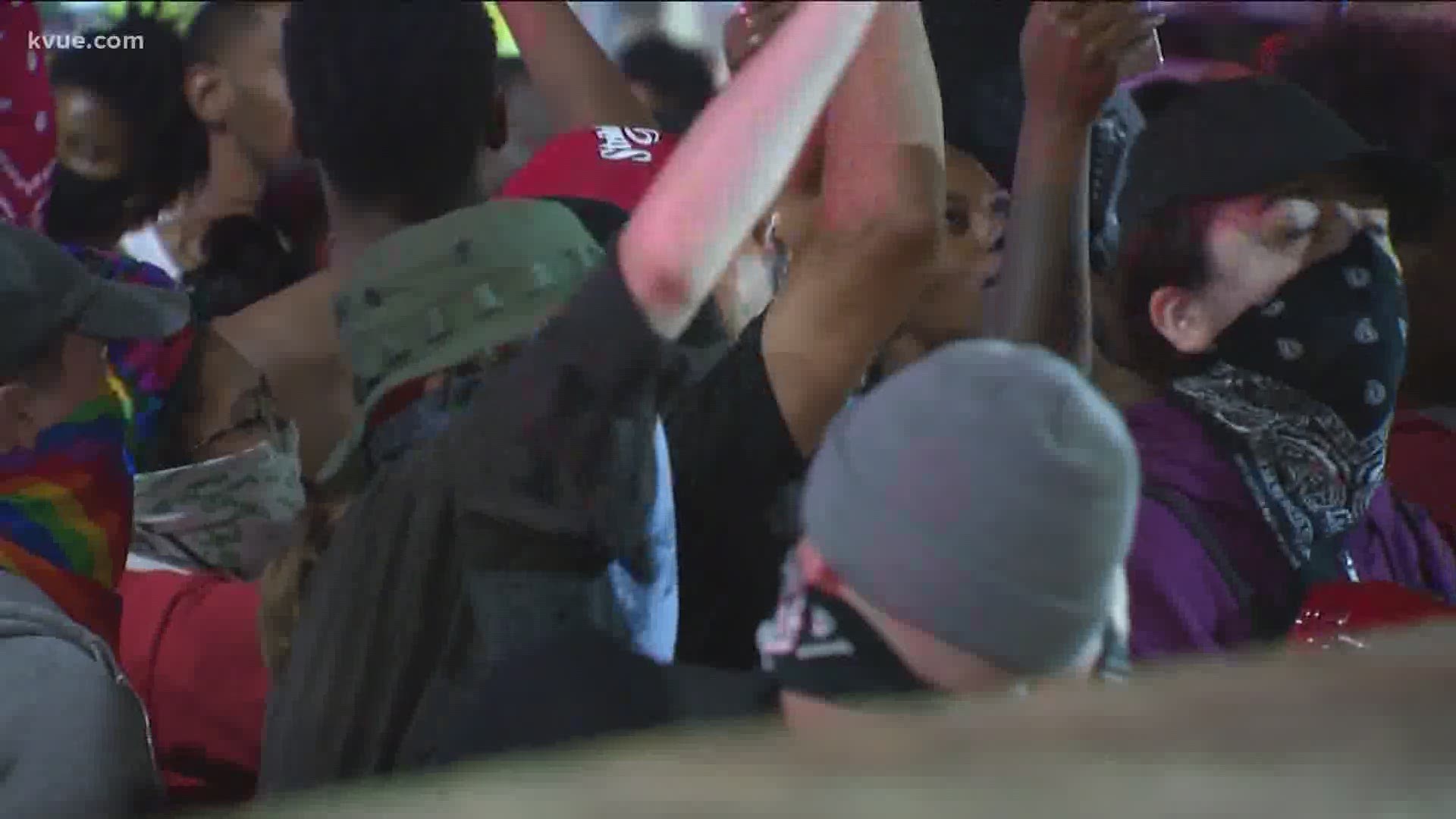 APH said it has responded to an increase in new cases over the past eight days, roughly 500. APH said there has been an increase in hospitalizations over the same eight-day period. APH officials said they're working on a holistic road map, which will be a plan to address the department's concerns with health disparities, as well as the disproportionate rates of people of color in the COVID-19 data.

Dr. Mark Escott, Austin's interim public health authority, said the city's overall hospitalization rate was 16% and had a 3.6% fatality rate. A graph shown by Escott in the virtual Q&A showed both rates increased as age increased.

When looking at the general population numbers, excluding the nursing home residents, the overall fatality rate for the City was 1.72% and the hospitalization rate was 14.6%, Escott said.

Escott also mentioned a statistic provided by University of Texas researchers called the "detection rate," or the percentage of overall COVID-19 cases that are detected. Escott said UT researchers estimate there are seven to eight times the number of cases than are displayed in the data. Assuming this number is accurate and there is seven to eight times more cases than are being detected in data, Escott said the fatality rate drops from 1.72% to nearly 0.2% because it would then account for those "undetected" cases.

Question: Are we expecting a surge in cases due to all the protests going on?

Answer: We are expecting an increase in cases. It comes down to the disease is transmitted by person-to-person interaction. I was pleased to see people participating in peaceful protest were wearing masks. That should help to mitigate that risk, but social distancing was impossible in many of those locations. So we are concerned we will see an uptick in cases. It's important that we watch for that. We are encouraging individuals who may have participated in the protest, please go to our website and take the assessment. We would like to be proactive in this space.

Question: Can you talk more about the plan you're releasing on June 13? What will it entail, the funding, and the timeline of its implementation?

Answer: What we have put together is a draft plan. We, at the City, are fully committed to a partnership with our community members, and we are wanting to hear from them. So we will share some of the information we have put together, which looks at testing in target neighborhoods and areas where we know there are a higher number of COVID-19 cases and areas where there are higher health disparities. In addition to that, we are also looking at how we can provide additional support to our community. We would like to identify a partner in those target ZIP codes where the City would be able to partner with them and they be an ambassador for us.

Question: Yesterday, Dr. Escott said the City should not put off with dealing with preexisting conditions like diabetes, obesity and hypertension that are worsening those testing positive for COVID-19. How is the City planning on having an impact on those conditions in the short term?

Answer: The department, a few years ago, created a health equity community engagement division. That division has quality-of-life staff. Those team members have developed relationships in the Latinx community, the Asian community as well as the African American community. They have, over the years, established locations that we go out and we provide screenings. Also connecting those who may be uninsured to a primary care physician.

Question: APH is planning to launch mobile COVID-19 testing and increased communication in black and brown communities. How will the City utilize CommUnityCare centers in help of pursuing that goal?

Answer: The department has partnered with CommUnityCare for several years. We currently have an inter-local agreement with CommUnityCare and they are planning to continue to provide testing in several locations, as well as at some of their clinics. The City will work in partnership with them to develop a joint map and a process where we are able to ensure there are no gaps. We are very confident about that partnership.

Question: Is Austin Public Health providing tests to officers responding to the protests?

Question: It's been a little over a week-and-a-half since bars were allowed to reopen. Do you expect a similar uptick in cases or hospitalizations associated with that policy change?

Question: Does APH know how many cases of multisystem inflammatory syndrome have been confirmed, or are suspected in Austin-Travis County? Also, in how many hospitals?

Answer: So, we have been notified of some suspect cases of multisystem inflammatory syndrome in children. However, they don't currently meet the case definition that's been established by the DSHS, so they're considered not a case. Again, we are working very closely with our hospital infection preventionists to make sure that they are able to report information like that to us immediately. To date, we have not received any confirmed cases ... just two suspects that I'm aware of.

Coronavirus updates in Central Texas: What to know Wednesday