Though some struggles continue, Central Texans are still finding ways to come together as we work our way through the pandemic. 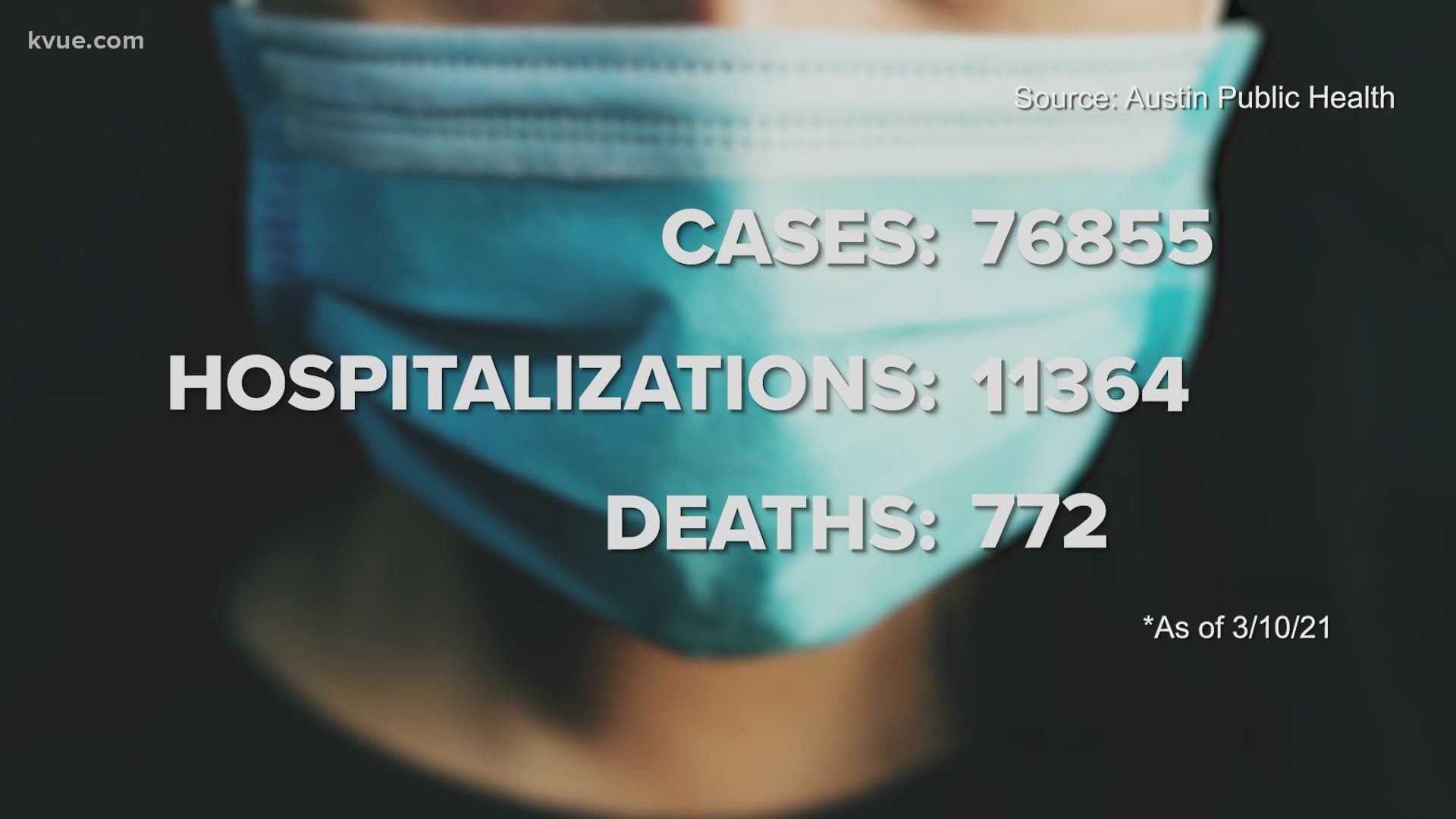 "We are fighting two epidemics right now. One is COVID-19 and the other is fear," Dr. Mark Escott, Austin-Travis County's interim health authority, said at the time.

Now, one year later, we've watched cases soar as hospitalizations and deaths spiked. As of March 11, 2021, Travis County has reported more than 77,000 cases and 777 deaths.

After the first cases in March 2020 came the stay-at-home orders that many thought would last only a few weeks. Many probably would never have imagined that, one year later, the nation would still be battling the virus.

Central Texans have been dealing with a lot of loss, stress and new challenges since that fateful mid-March day in 2020. Yet there is also much to be proud of.

"Giving people healthy food during this time of uncertainty ... it can be a positive thing for the community," L'Oca d'Oro sous-chef Evan Gottschling told KVUE.

And when our neighbors needed friends, we all Zoomed in to be there for one another.

Now with shots going into arms and our continued vigilance, the light at the end of the tunnel is getting brighter.

“We are in a better place than we were only a few weeks ago, but we are not out of the woods yet,” Austin Public Health (APH) Director Stephanie Hayden-Howard said in a statement Friday.

APH is still urging everyone to keep wearing masks, maintain distance between themselves and others and wash their hands.

"Looking at the events around the world and what was happening this time last year, it seemed clear that this was going to be a major and unprecedented event,” Dr. Escott said in a statement Friday. “What I didn't fully appreciate was the duration of that event. When we look at the impact of disasters, we are usually talking about days to weeks – we're not talking about months to years.”

Dell Diamond opening as vaccination site in Round Rock

Gas prices up; some North Austin stations out of plus and premium