The Texas Education Agency issued new guidelines and said it won't require districts to mandate that educators or students wear masks or do temperature checks. 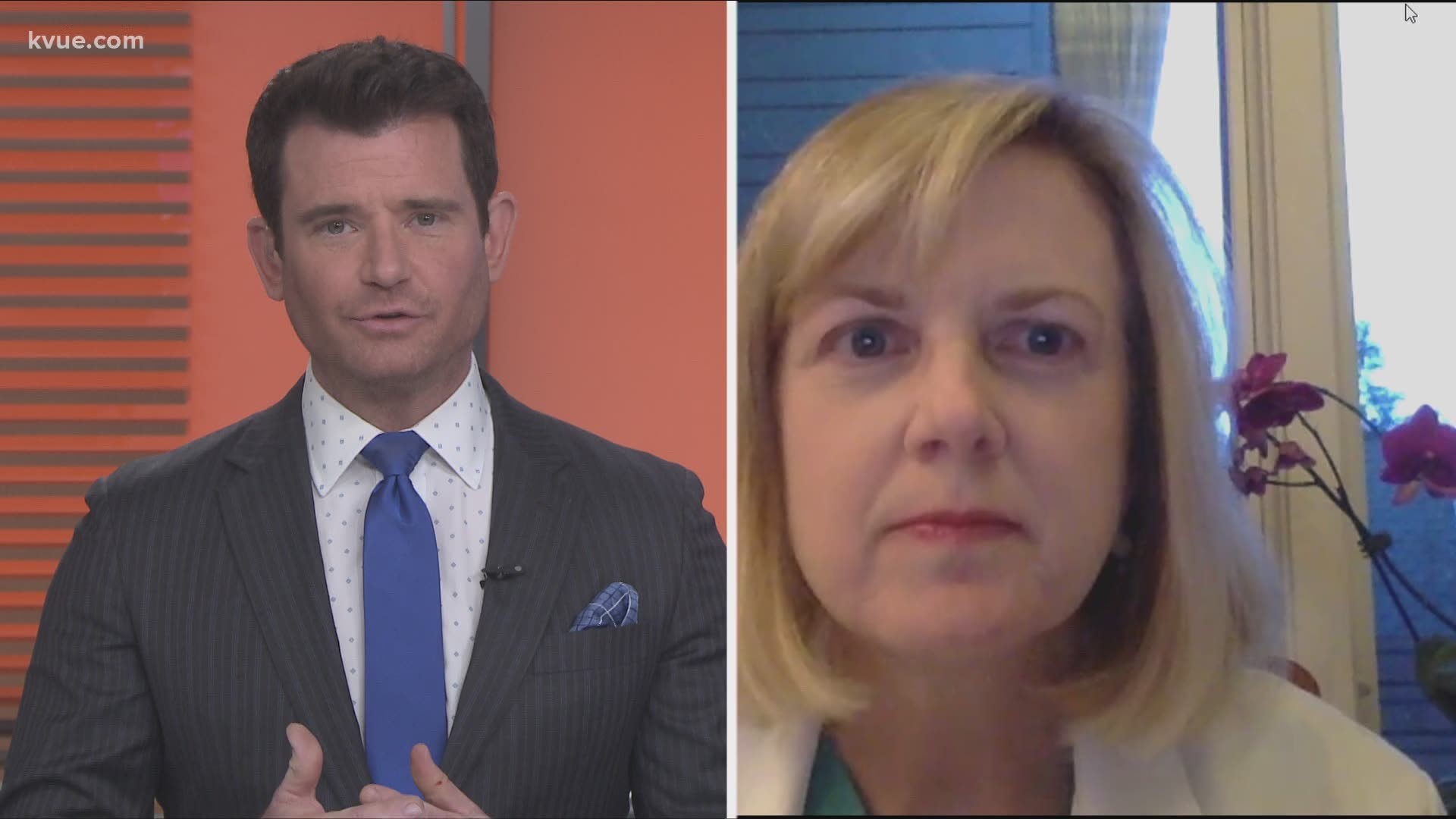 AUSTIN, Texas — Dr. Kristin Mondy, chief of the division of infectious disease at the University of Texas Dell Medical School, joined KVUE to talk about the sudden rapid spread of COVID-19.

On June 24, Texas set a new record for the number of cases with more than 5,500 in a single day. The number of new cases is up 105% over the span of two weeks, and testing is up 40% in that same time period.

During the interview on KVUE Daybreak June 25, Mondy said she's concerned about schools reopening in the fall. The Texas Education Agency issued new guidelines and said it won't require districts to mandate that educators or students wear masks or do temperature checks, but the agency will provide equipment.

"As a mom with two kids in public schools, I've been thinking about this and I'm getting really worried if we continue our trend," Mondy told KVUE's Mike Rush. "I'm thinking, 'Well, are we even going to have school again?'"

The doctor explained school plans may have to change if "things really got out of hand."

"I've been reading stuff from [Austin Independent School District] and I think they're trying to do 25% capacity and people would maybe go at alternate times and have small classrooms, but theoretically, if we have such a huge rise in cases to where a lot of families are sick and their kids might be asymptomatic but they could transmit it to their parents or their teachers or grandparents, or you'll have a lot of teachers or principals sick," Mondy said. "The virus in a way can control us if we can't control it with appropriate measures, and if things really got out of hand and people were getting sick and you had limited teachers or parents that were well, things might have to change."