The mayor said the protesters put the community at risk. 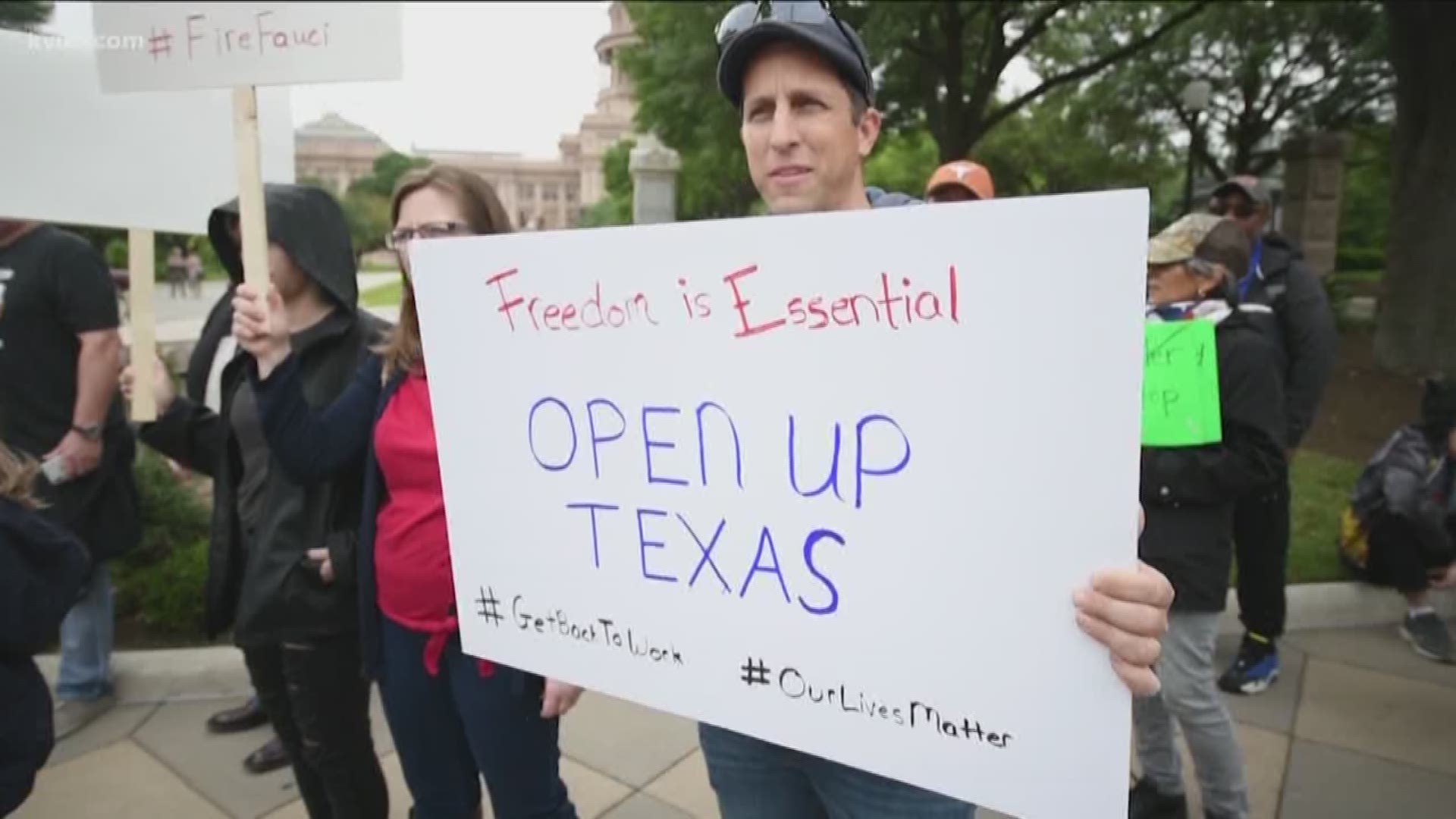 AUSTIN, Texas — Austin Mayor Steve Adler shared his thoughts on protesters demanding state leaders to reopen Texas businesses even though medical experts said that could lead to an increase in coronavirus cases.

The protest took place on Saturday, April 18, at the Texas Capitol. About 50 people showed up to the protest.

During an interview on CNN and KVUE Daybreak, Adler referred to the protesters as "selfish," adding that their actions put the community at risk.

"I'm concerned that the virus could have been in that group," Adler told CNN. "That's how the virus spreads. People who are asymptomatic not knowing they have it, passing it along. I think the participants in that were acting pretty selfishly, putting the community at risk."

On Monday, April 20, Adler told KVUE he understands the frustration people have with the current circumstances but said the orders are necessary.

Gov. Greg Abbott announced a phased plan that allows for some facilities and businesses to reopen and expand operations with consideration of social distancing, starting on Monday, April 20. This plan includes strategies to prevent the spread of coronavirus.