On the final day of National Nurses Week, we honor those who are going above and beyond to not only help COVID-19 patients in Austin but across the country. 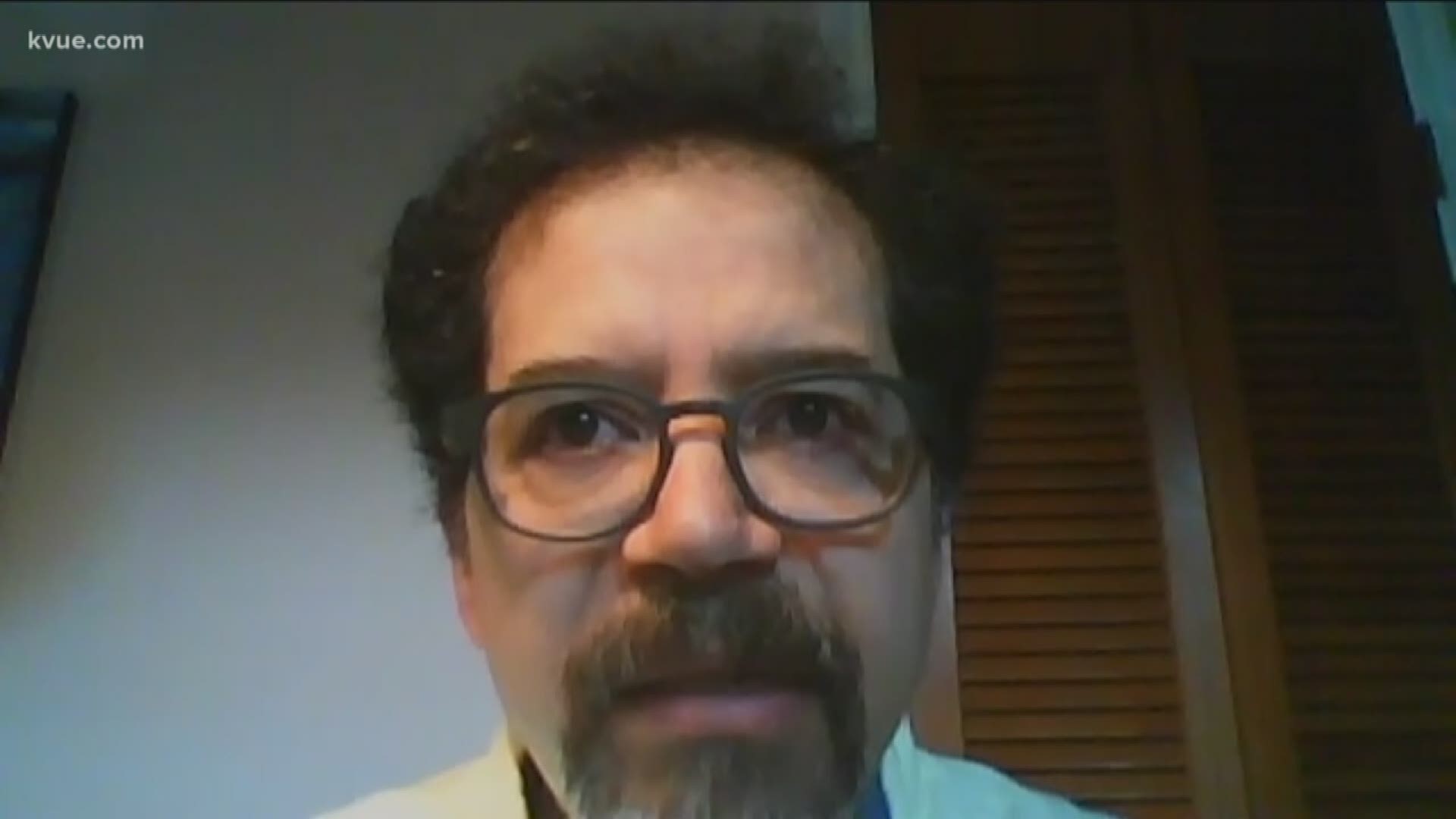 AUSTIN, Texas — On the final day of National Nurses Week, we honor those on the frontlines who are going above and beyond to not only help COVID-19 patients in Austin but across the country.

KVUE spoke to John Villasana, a nurse at Dell Seton Medical Center. He’s been working 12-hour shifts to fight this invisible enemy. He recently returned from a trip to the midwest where he helped patients fighting the virus. He said when he returned to Austin, he was shocked to see the number of coronavirus patients in his unit had quadrupled in just two weeks.

“In the last couple of days I think we got I’m estimating four patients a day, and if we keep getting those, the unit will be filled in another week or so,” said Villasana. “When you don’t see it, you think is that really going to happen. I can say with certainty that everything that I thought might happen is happening now.”

Villasana said his hospital went from having clear hallways to crowded ones.

“I’ll tell you I didn't see this when I left because we didn't have so many COVID-19 patients,” said Villasana. “The hallways are crowded, the nurses are working very hard. When you look down the hall at the nurses, you're seeing a lot more activity. It's a very busy place. It’s much more. There’s a lot of work being done. There’s a lot of concern patients are very, very ill.”

Since March, the number of COVID-19 cases in Austin has steadily increased and there are now nearly 100 patients in the hospital with almost half of them in ICU.

He traveled to Detroit three weeks ago to help COVID-19 patients. He said the entire hospital he was at turned into a COVID-19 unit and nurses got sick.

“They got a very severe surge of patients,” said Villasana. “They were overwhelmed. Their nurses are overworked, understaffed, a lot of them became ill. Staff were tired. They had seen literally hundreds of patients come and many of them were still there.”

RELATED: 'I don't think he has long.' Ascension nurse behind viral COVID-19 photo speaks out

Villasana said when the units are full, nurses are scared.

"What I didn’t anticipate was the level of anxiety of always being in an environment when your life is at risk,” said Villasana. “Sleeping with adrenaline flowing and not sleeping well. Fatigue is very high.”

Now that he's back, Villasana said he doesn't want to see what's happening in Detroit happen here and he hopes the community will behave accordingly, especially as the state begins to reopen.

“If we're not there to take care of them when they get sick, then everyone will suffer,” Villasana said.

Elon Musk says Tesla to move headquarters to Texas 'immediately', is it Austin?