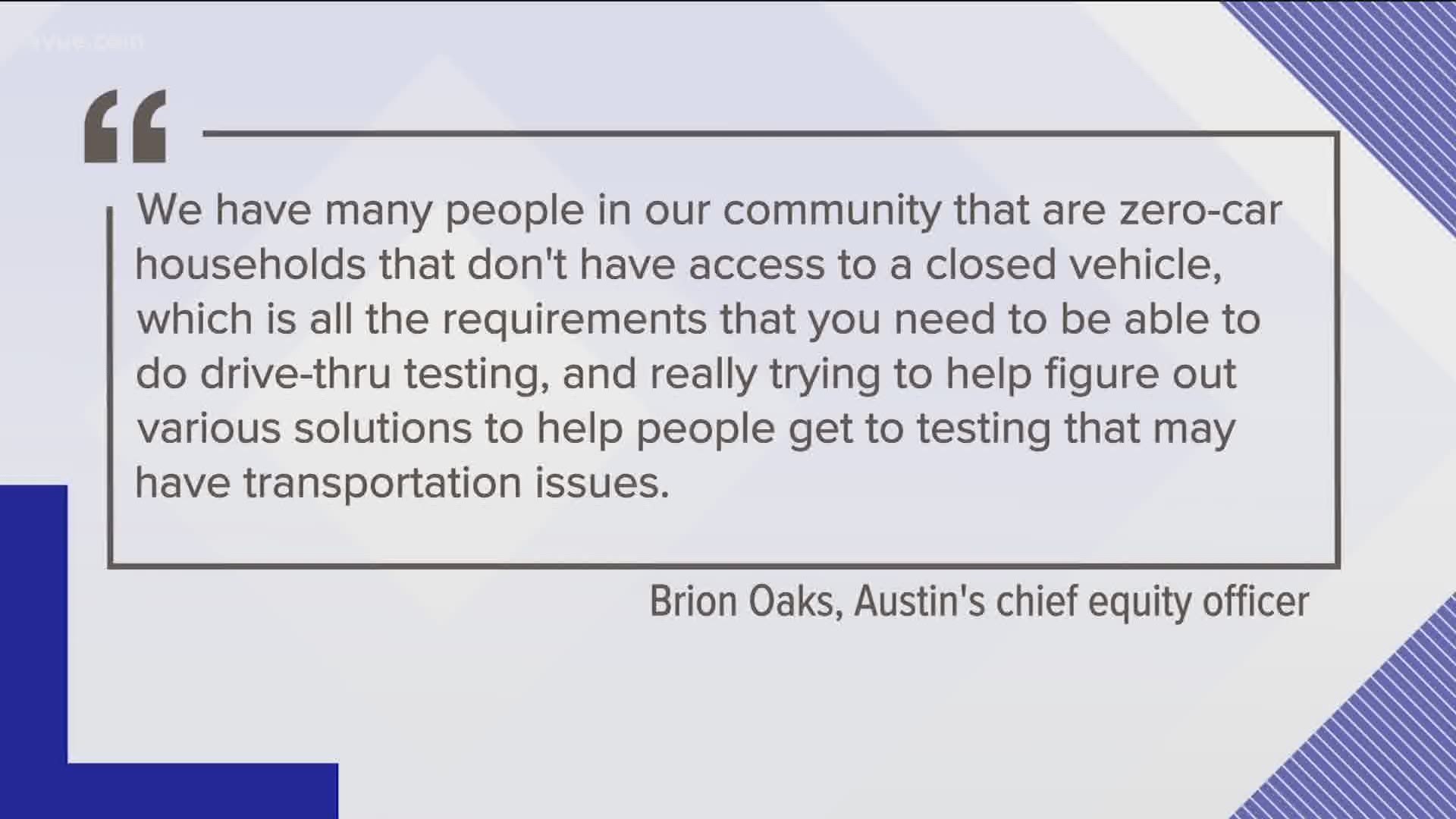 AUSTIN, Texas — City leaders are recommending the thousands of people who have protested against police brutality in Austin over the last two weeks get tested for COVID-19.

In a tweet on Saturday, City Councilmember Natasha Harper-Madison reminded her constituents they can get tested for free at Austin Public Health sites – even if they have no symptoms.

It's something Tom Wald wants to do after attending protests two weekends in a row.

"I thought it was a responsible thing to do, not just for myself but for others, to get tested," Wald said.

He's not alone. Since Austin Public Health began allowing people without symptoms to get tested at the end of last week, a City spokesperson said its online assessment tool has recommended nearly 4,000 people for a test.

For perspective, nearly 11,300 people with symptoms were recommended for tests over the course of 40 days between April 24 and June 3.

But to get tested, you still need a car. According to the City's website, "If you arrive on-site by walking, riding a bike, scooter, motorcycle or convertible," your appointment will be rescheduled.

Wald, who gets around on a bike, said this may make it difficult for Austin's more vulnerable populations to get tested.

"I'm more concerned about other people who don't have, you know, some other access to a car. Like, for example, my girlfriend's letting me borrow her car [Tuesday], so I'm going to go that way," he said.

"We have many people in our community that are zero-car households that don't have access to a closed vehicle, which is all the requirements that you need to be able to do drive-thru testing, and [we're] really trying to help figure out various solutions to help people get to testing that may have transportation issues," Oaks said at the June 2 meeting.

Austin Public Health said it's working with CommUnityCare – and mobile testing – to fix the problem Wald hopes is addressed soon.

"Personally, I'm going to be taken care of, but there are other people who won't be. And that's the concern," he said.

A spokesperson with CommUnityCare, which provides services for the underinsured and uninsured, said it has both drive-thru and walk-up sites. Testing is free, even if you choose to walk up, unless you don't have insurance, the spokesperson said. In that case, your insurance will be billed for the test.

You can learn more about CommUnityCare's testing sites here.