An infectious disease doctor says you shouldn't let your guard down. 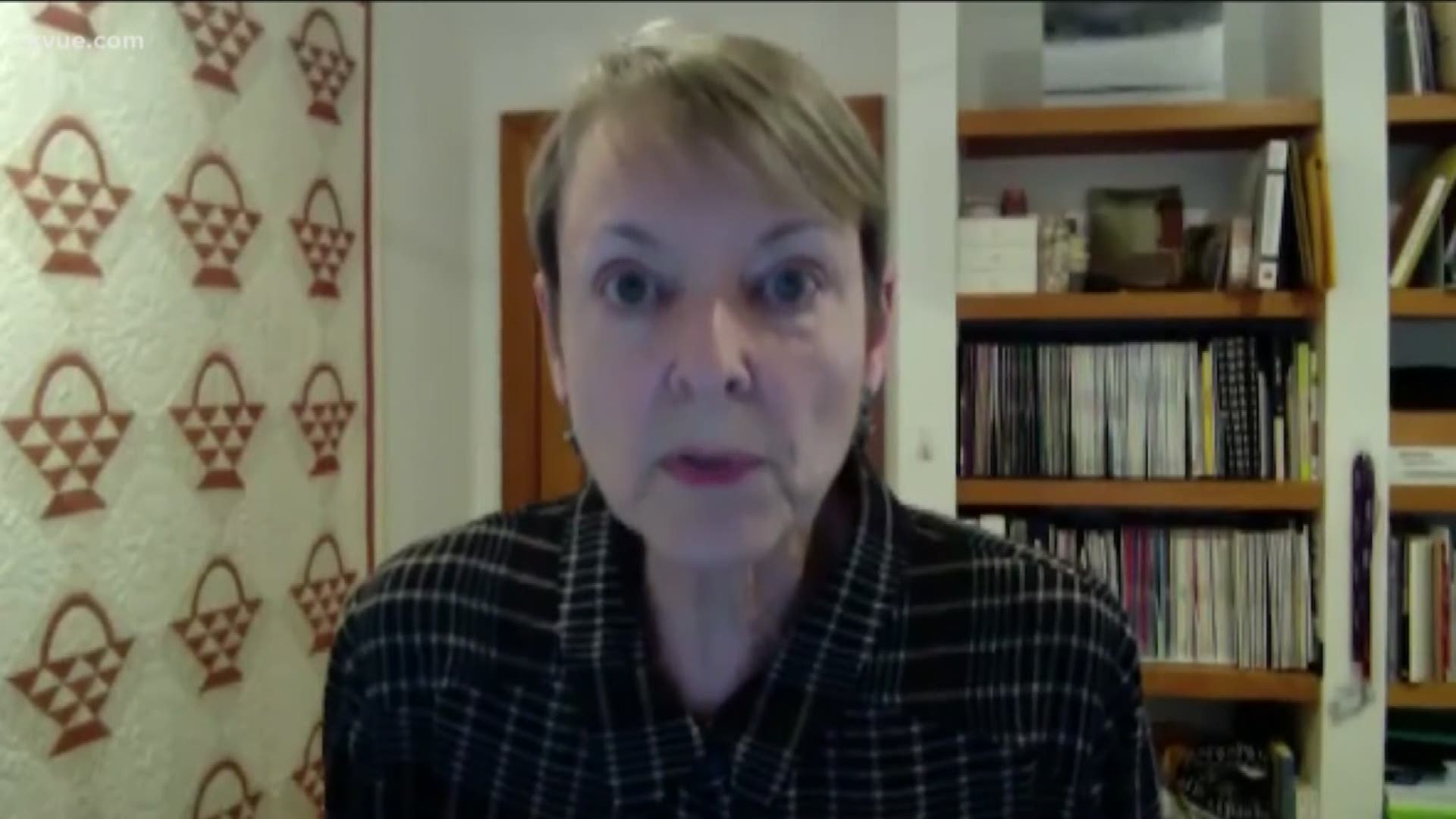 AUSTIN, Texas — As more people test positive for the coronavirus, local health districts in the Austin area are increasingly sharing more data about these cases.

On Tuesday, Austin Public Health shared the age groups of people testing positive in Austin and Travis County. As of Tuesday, the number of positive cases was at 98.

That number increased to 119 on Wednesday, however, age-group data was not yet available.

Of 98 positive cases reported on Tuesday, more than half (55) were people under the age of 40, according to data provided by a city spokesperson.

Dr. Shelley Payne, the interim director at John Ring LaMontagne Center for Infectious Disease at the University of Texas at Austin, told KVUE the numbers don’t surprise her

"Austin is a younger city, and it's not unexpected that there would be more infections showing up in that population,” she said.

At a press conference on Wednesday, Alternate Health Authority Dr. Jason Pickett said the city has expanded its testing to include younger people.

Its testing used to focus on health care workers and people over the age of 65.

“Now that we have more widespread testing, we are testing more younger, healthier people, so we're going to find those infections,” Dr. Pickett said.

However, even though more young people are testing positive for the coronavirus, Dr. Payne said this does not mean that older people are at any less risk.

"Older adults are more susceptible to severe disease. And they have to be very careful to avoid these kinds of infections,” she said.

At Wednesday’s press conference, the City of Austin announced three of the people who have tested positive were hospitalized. The number is low considering the total number of cases.

"Most people who are infected will not have symptoms enough to be hospitalized,” Dr. Payne said.

Still, Dr. Payne said it’s too early to make any conclusions about how widespread the coronavirus is in the Austin area until we do more testing and get more data.

But she does recommend people continue to practice social distancing, stay indoors and take the disease seriously.