'So many of you are unsung heroes' | Austin seeing plateau of cases and hospitalizations, health officials say

However, Dr. Escott said now is not the time to let up, but to dig deep and ensure that Austinites are continuing those protective behaviors. 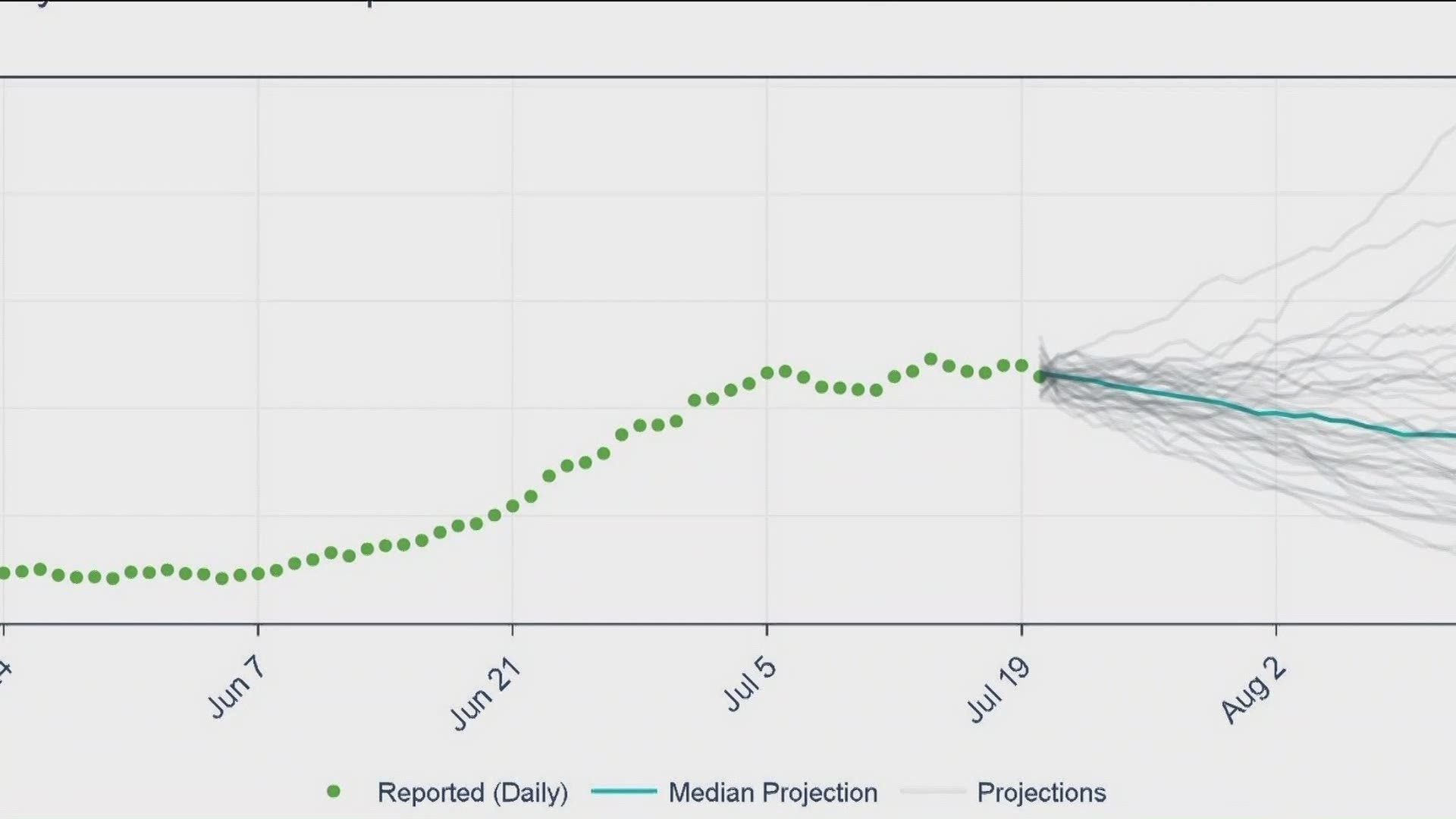 AUSTIN, Texas — During a live COVID-19 Q&A on Wednesday, July 22, Dr. Mark Escott with Austin Public Health (APH) said the City has seen a plateau in terms of a downward trend in the number of new cases and the number of hospitalizations.

However, Escott said now is not the time to let up, but to dig deep and ensure that Austinites are continuing those protective behaviors. He said the community needs to continue to focus on these practices in order to safely return kids to school and also keep our higher-risk population at schools safe: the teachers and administrators.

In order to return a higher percentage of students to in-person learning, Austin needs to "be better" than Stage 4 of the COVID-19 response, which Escott said the City is still deeply in.

"You wont find a public health person that disagrees with the fact that children belong in schools ... but we have to find that balance," Escott said.

In terms of targeted testing for construction workers, Hayden said they've been able to do more testing. She said it has been essential for APH to work with community groups to get people to show up to testing sites and provide education.

Escott said the July 21 case numbers were likely a lag from processing over the weekend and added if we don't see a bounce this week, then it would be safe to say Austin avoided a COVID-19 surge from Fourth of July.

Director Hayden encouraged Austinites to "hold the line" regarding Austin's local improvements despite the state seeing increases when looked at as a whole. She said the City still does not encourage non-essential trips outside of resident's homes that aren't necessary to take. The need to continue social distancing and wearing face coverings will be needed for some time, according to APH.

There have been more than 18,300 confirmed COVID-19 cases in the Austin area as of July 21 since the pandemic began. Of those cases, more than 15,000 people have recovered from the virus. At least 218 people have died.