Leaders made the announcement Wednesday. 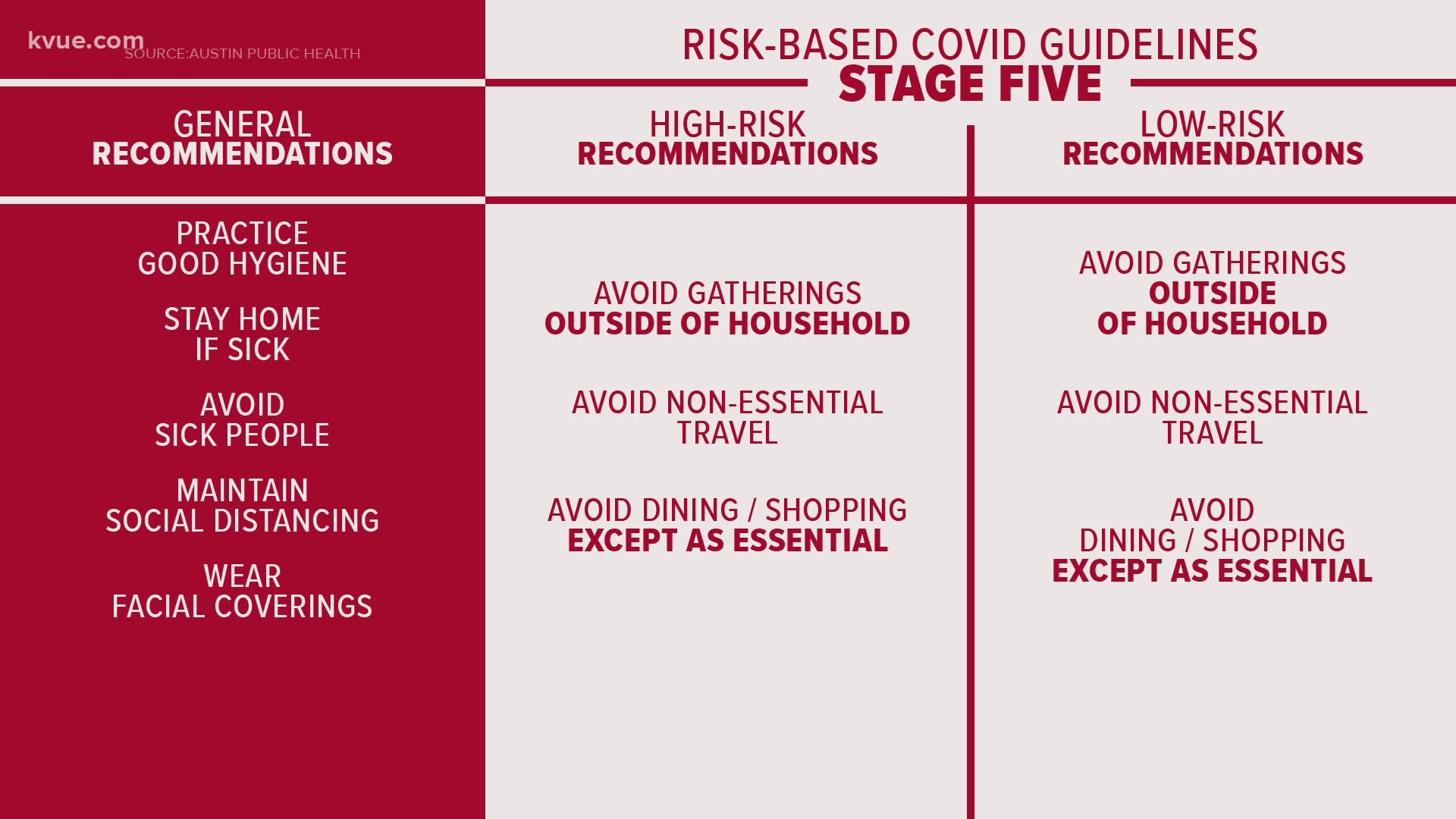 AUSTIN, Texas — Editor's note: City leaders have moved Austin into Stage 5 of the risk-based guidelines. This article has been updated throughout.

Austin's hospitalization rate has officially surpassed the threshold set by the Stage 5 risk-based guidelines. On Wednesday, Dec. 23, health leaders announced that the city is moving into Stage 5.

More than 10,000 people are in Texas hospitals right now with COVID-19. This is the first time the state has surpassed 10,000 hospitalizations.

In Austin, things aren't looking much better. In terms of hospitalizations, Austin has officially crossed the threshold that health authorities said is needed to move into Stage 5 of the risk-based guidelines. On Dec. 21, the rolling seven-day average in hospitalizations rose to 50.1. According to KVUE's media partners at the Austin American-Statesman, county health authorities have said they will consider Stage 5 restrictions if that metric rises above 50.

That is just one of the metrics that could trigger increased restrictions in Austin. Other metrics health officials are looking at are how many people are in the ICU, how many ventilators are being used, the positivity rate and the seven-day moving average of new cases.

Health officials said there are more than 300 people in Austin-area hospitals right now.

In Stage 5 of the city's risk-based guidelines, everyone is advised to avoid all gatherings with anyone outside of your household and avoid in-person dining and shopping. Under Stage 5, businesses, including restaurants, are also recommended to only operate through contactless options such as curbside and delivery.

Credit: KVUE
These are the guidelines for those at high risk and those at low risk of contracting coronavirus under Stage 5.

COVID-19 is now the third-leading cause of death in Travis County, right behind cancer and heart disease. As of Dec. 22, there have been 525 COVID-19 deaths in the county.