The current trajectory is concerning. On KVUE, Adler said he’s worried about this past Fourth of July weekend. 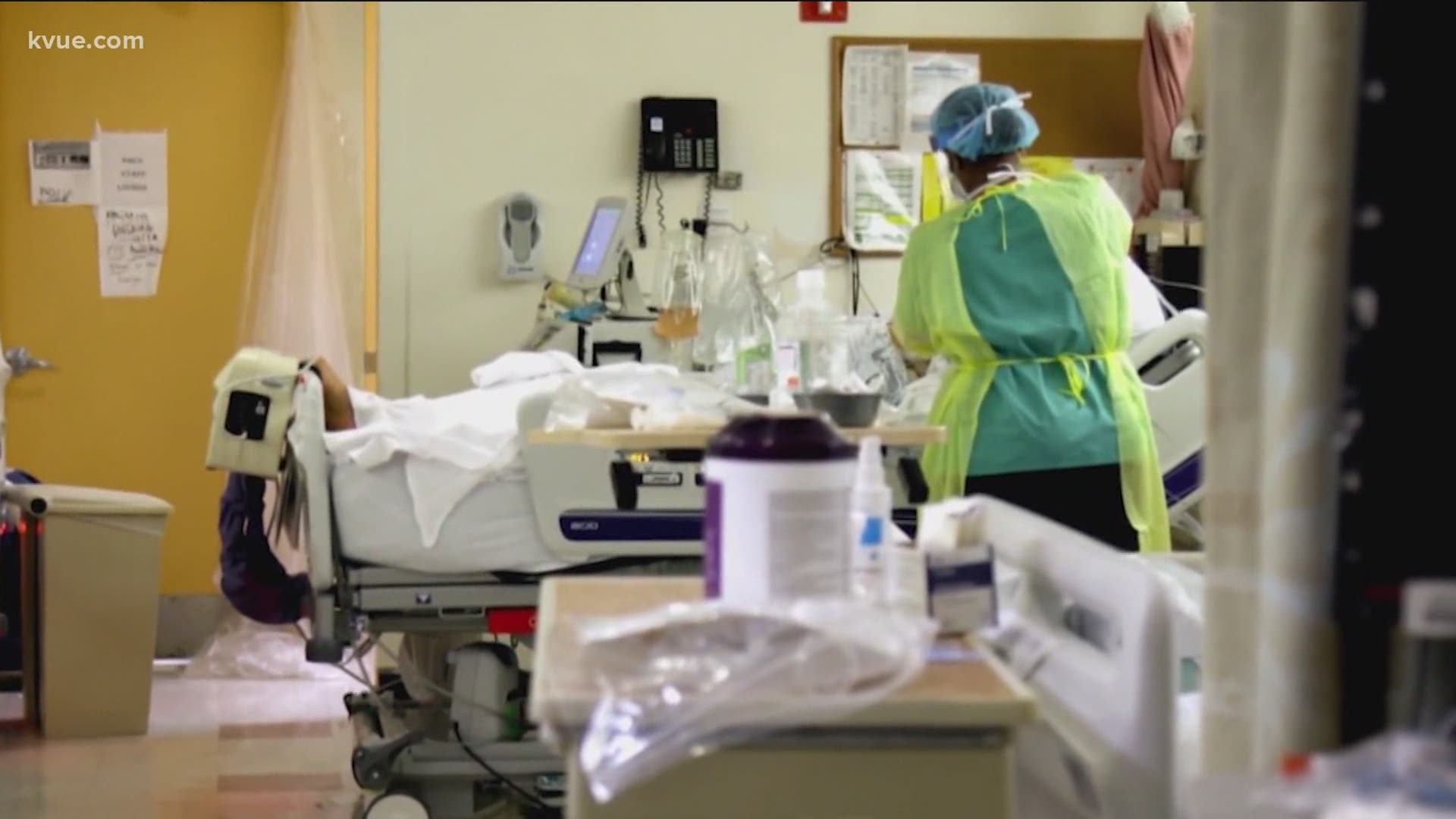 Mayor Steve Adler told the Austin-American Statesman that ICU units in the Austin area are in danger of being overrun. He told the paper the area has about 1,500 hospital beds for COVID-19 patients. As of Sunday, a total of 446 people were hospitalized in those beds in the metro and 137 were in ICU. There were also 59 new hospital admissions reported Sunday alone.

Hospitals in the Austin area could be severely stressed in as little as 10 days to two weeks due to the increase in COVID-19 cases and hospitalizations, Adler told KVUE Daybreak in an interview July 6.

“We are trying as a community to change that trajectory,” Adler said. “There’s some early indication that we’re having some impact. We’ll know more as we get into the week but the numbers are scary if we don’t change the trajectory.”

The current trajectory is concerning. On KVUE, Adler said he’s worried about this past Fourth of July weekend and is hoping it turns out to be nothing like what the city saw after Memorial Day with an uptick in cases.

Leaders have made some changes the past couple of weeks after seeing an increase in cases and hospitalizations. Bars are shut down and masks are also mandatory in most places across the state.

Adler banned groups of more than 10 people, but he mentioned to ABC you can’t enforce your way into compliance. He said it’s necessary for people to wear masks and practice social distancing willingly.

Austin park amenities, facilities to close indefinitely on July 6 due to spike in COVID-19 cases