The quarantine has impacted multiple departments within AISD. 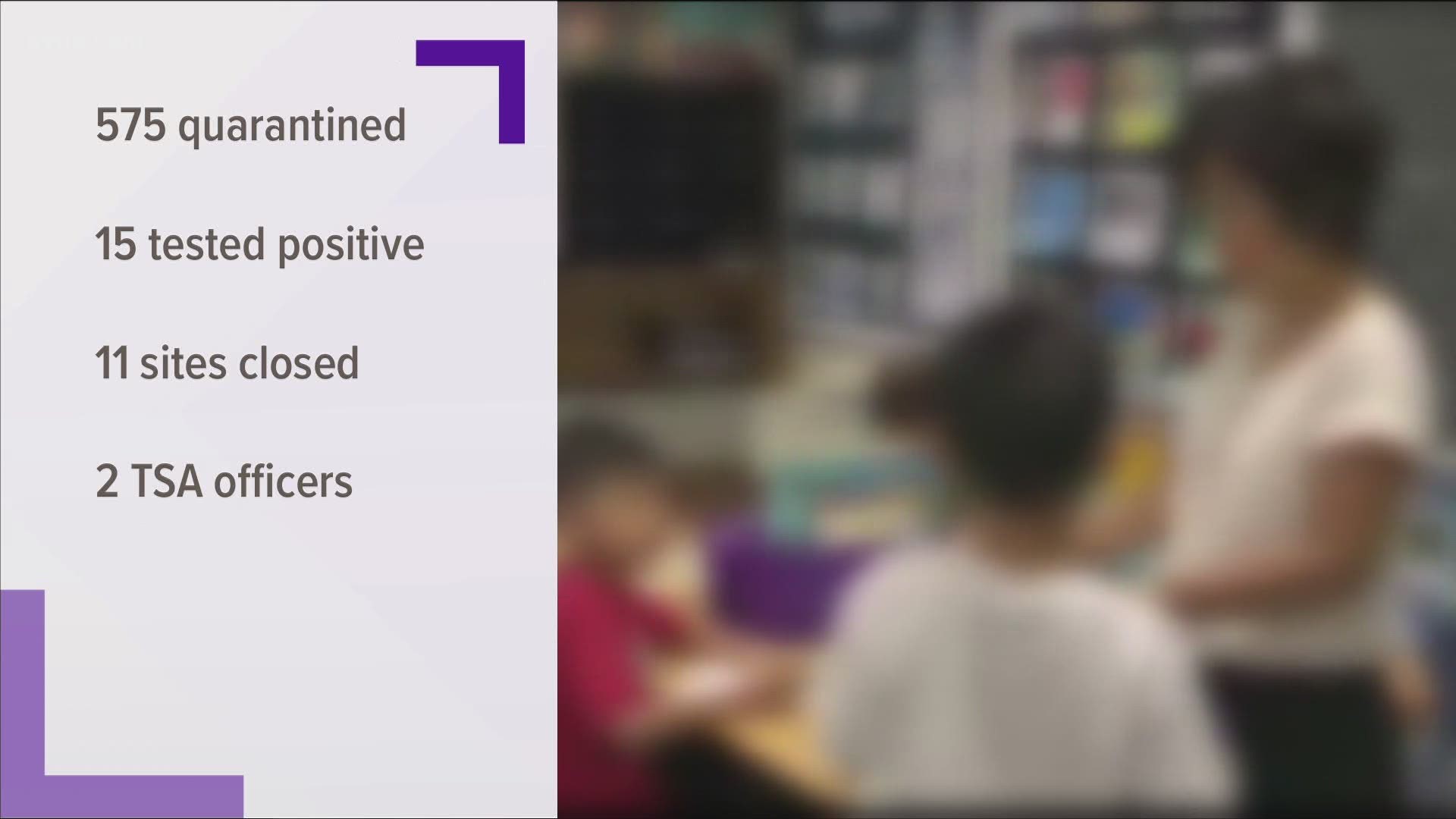 Austin's school district is dealing with hundreds of staff members who are being asked to quarantine due to confirmed cases of coronavirus among staff members.

As of July 22, 51 confirmed positive cases of COVID-19 have been reported among Austin Independent School District employees, according to a spokesperson for AISD. As a result, around 698 employees have been asked to quarantine.

RELATED: Trump says some schools may need to delay reopening in the fall

The following facilities were closed, according to a spokesperson for AISD:

The Nelson and Saegert Terminals have since reopened and are operating.

The following departments have been impacted:

The Texas Education Agency has released guidelines for attendance, remote learning and personal protective equipment. On July 17, the TEA revised its guidelines, stating Texas schools can stay online only for the first four weeks.

Custodial teams with Austin ISD are attempting to deep clean all campuses in order to open for the fall. These plans include custodial teams working together for up to three weeks to complete campus preparations, the district representative said.

A spokesperson for AISD said the district is closing buildings if a custodian working on-site exhibits symptoms of COVID-19.

If that happens, the entire team quarantines for 14 days and the building closes for three days, according to the district. On the fourth day, a crew deep cleans the building, and it is reopened on the fifth day after a housekeeping supervisor inspects the facility.