Mary Ann Fordyce, the owner of Blue Star Ranch in Austin, raises and sells chickens. She said in the past few weeks her sales have quadrupled. 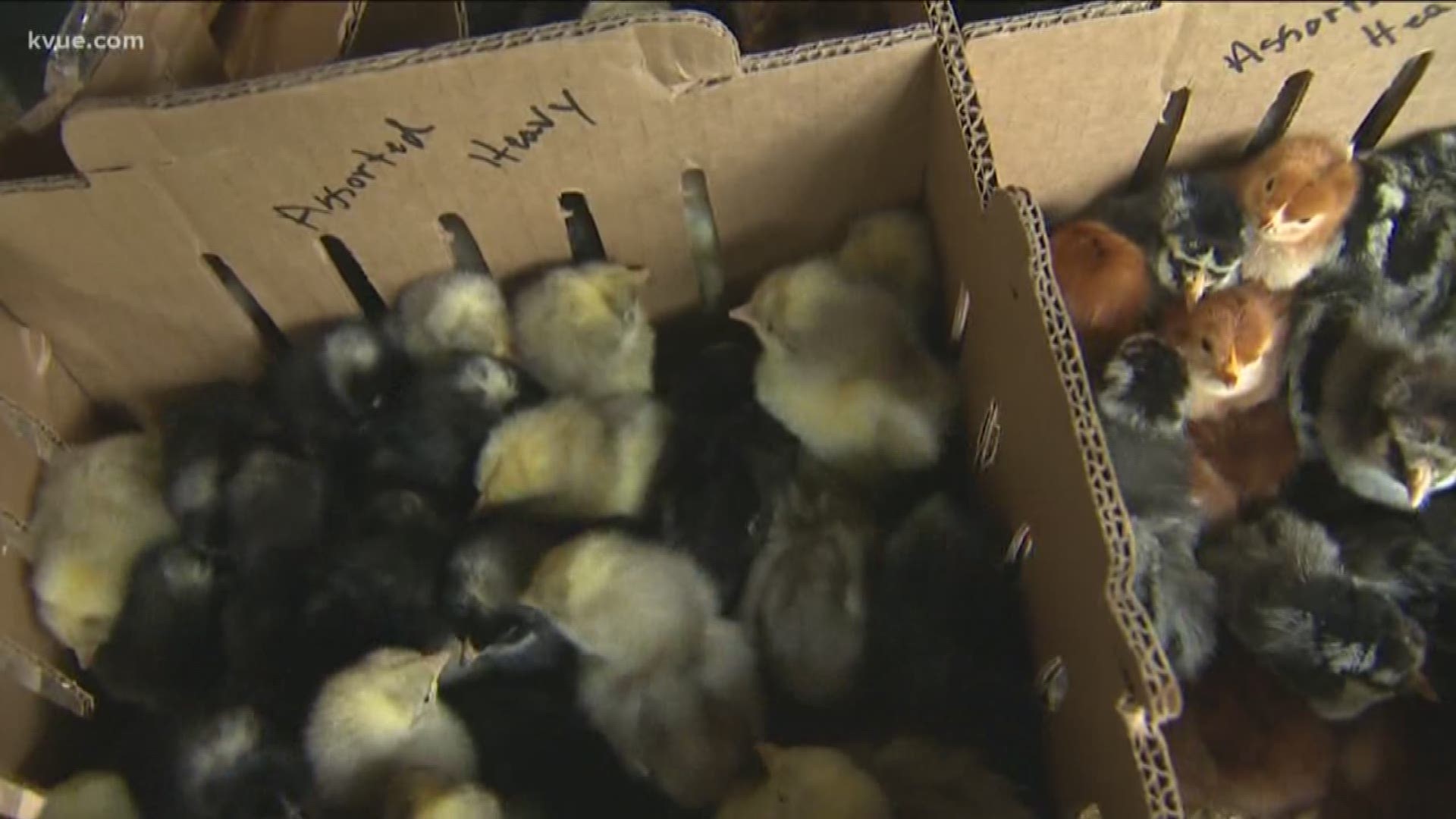 AUSTIN, Texas — You may have noticed lots of empty shelves at grocery stores as people buy up popular items. Sometimes eggs can be hard to find, so people are now taking matters into their own hands by buying chickens.

Mary Ann Fordyce, the owner of Blue Star Ranch in Austin, raises and sells chickens. She said in the past few weeks, her sales have quadrupled.

They're not just calling because of how cute they are, but because of what they can produce.

“The majority of these are going to be substantial egg layers,” said Fordyce.

Eggs are the reason she said her business has quadrupled in a matter of weeks. People are in need of them.

RELATED: Some local businesses selling fresh produce without the hassle of walking into a store

“Right now, the virus is probably No. 1 on people's minds and they're definitely trying to get more chickens as soon as they possibly can because there just aren't any in many places or if you find some they're selling out,” said Fordyce.

A longtime Austin folk artist, Amy Annelle, just bought four hens and a rooster in town three weeks ago. She said at a time items are flying off store shelves, they provide a sense of security.

“Absolutely, that's what we got them for, you know, to be pets, but also to be contributing and laying eggs,” said Annelle. “The chickens are a part of the family now.”

“I think we bought like 10 chickens and we have a rooster, and our roosters a lot louder than that one,” said Patty McDonald, who's a customer.

For regular customers at Blue Star Ranch, having chickens mean having less stress on their next grocery run.

“We give them to our neighbors when we have so many eggs,” said McDonald.

When so much of life feels out of our control, it seems that having a guarantee has its benefits that Fordyce saw all along.

Fordyce said in her 14 years in the business, she’s never seen anything like this. She's working hard to keep up with the demand by hatching more chickens – baby chicks she expects will sell in just a matter of days.