An Austin woman is using her passion for teaching to keep the community connected during lonely times. 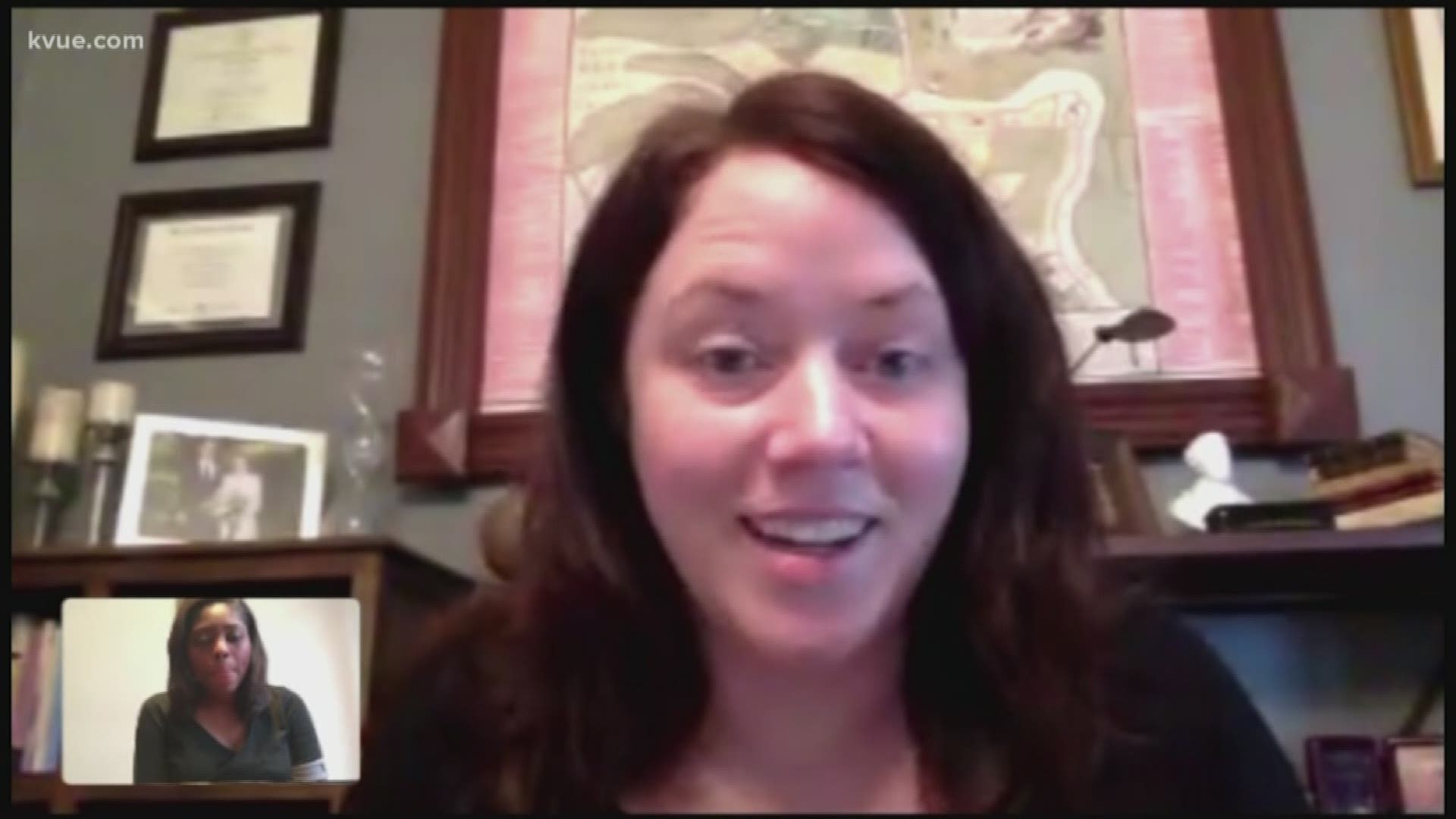 AUSTIN, Texas — With so many quiet streets and closed shops, it can be surprising to hear so much chatter.

“Alright, so let’s get started on part two of ‘The Idiot,’” said Kaitlyn Shirley, a teacher who lives in Austin.

Only now, the chatter isn't on city streets; it's online. Shirley is talking to her newfound followers on Instagram Live. She said people from all across the world tune in for her bi-weekly book club meeting.

“Because of social distancing, I think so many people are home,” said Shirley. “They're by themselves, they're not engaging, they might be obsessively reading the news and we all need something else to talk about.”

For Shirley, that something else is a book called “The Idiot” by Russian novelist Fyodor Dostoyevsky. The teacher came up with the idea to create an online book club just a couple of weeks ago during the coronavirus pandemic since she’s now stuck at home.

“I thought, 'Well, I need to get my teaching outlet somewhere else now,' and so I polled the people who follow the Dostoevsky or Doesn’t She account on my story and said, 'Hey, I can’t do my job, which is teaching literature, so would any of you want to do a book club on here,'” said Shirley.

This book club is filling the need many have for social interaction.

“I get messages from the participants who are like, 'Thank you for doing this because I'm stuck at home and I don't have anything going on with my parents right now,' and, 'I'm really bored.' or someone said yesterday, 'This has been my only interaction with people today,'” said Shirley.

During these times, a lot of people are stuck in their homes and isolated. Health professionals said now more than ever it’s important to stay connected.

RELATED: List: 100 things to do while stuck at home social distancing

“I think it's a great barrier to some of the challenges that are in place right now and help to put it into a bit more perspective and let us know we're not alone at a time that can feel quite lonely,” said William Schroeder, a therapist and director at Just Mind Counseling.

Schroeder said right now these types of connections are needed because there's a loneliness epidemic.

"There's so much of the normal daily stuff that I think we kind of forget about, like the people we pass in the hallways or that we smile to. There's all of that casual connection that I think is easy to realize how much it means now that it's lost," said Schroeder.

So, outlets like this offer up a new kind of interaction that can help fill that void at a time our worlds are at least six feet apart.

“Everyone has said who's actively participating that they want to keep doing it no matter if we keep quarantining or social distancing, so we're going to keep doing it,” said Shirley.

Shirley’s group is called “Dostoevsky or Doesn’t She.” They meet on Instagram and Discord every Monday and Thursday from 1 p.m. to 3 p.m.

WATCH: Here's what you can do while you're at home during coronavirus outbreak