As Texas continues to re-open after businesses shut down due to COVID-19, new cases of the virus are spiking in Austin and across the state. 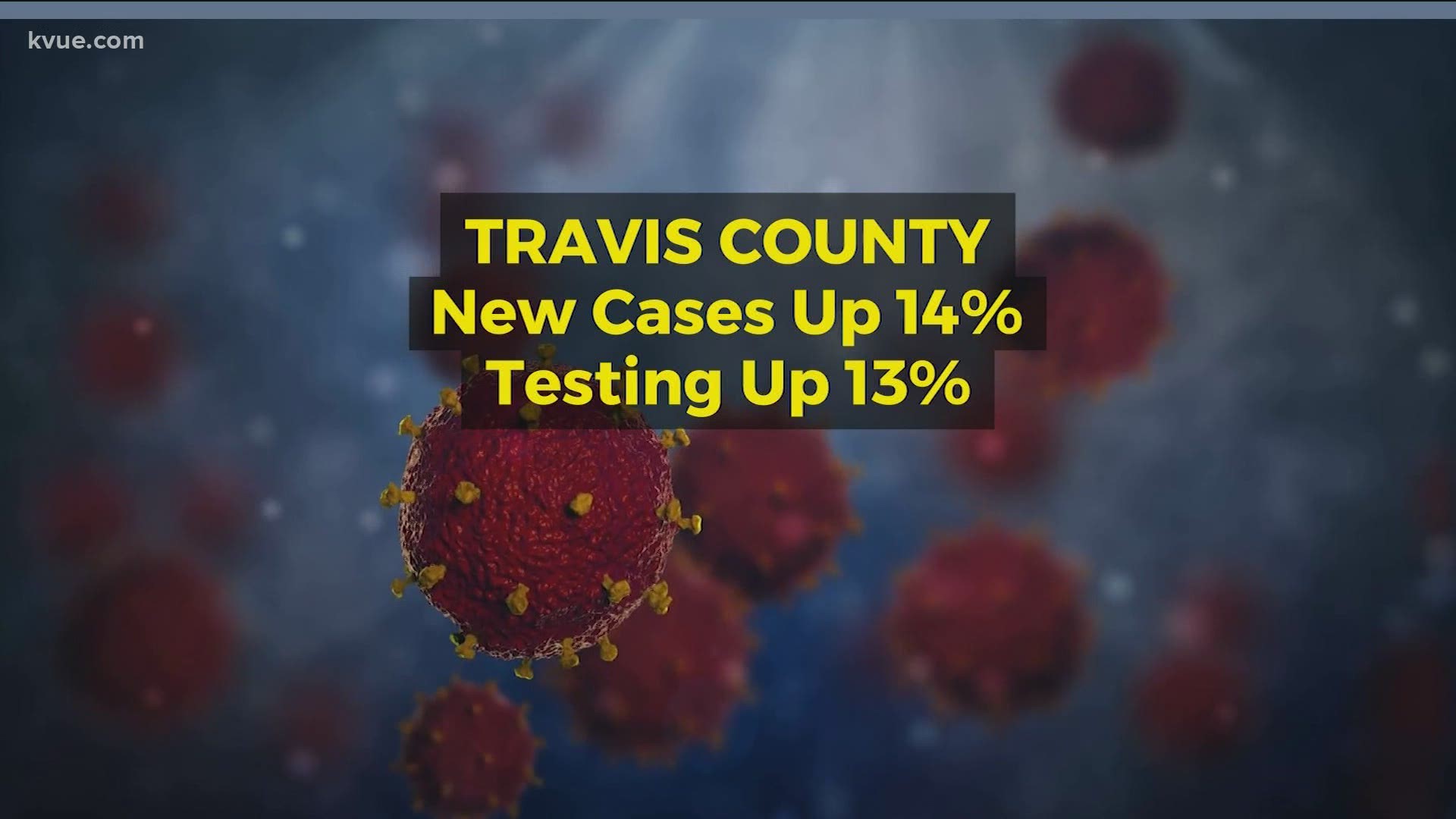 AUSTIN, Texas — The number of new coronavirus cases continues to rise in Austin as Tuesday saw a big spike in new confirmed cases.

A record was broken Tuesday when the Austin-Travis County health authority reported 161 new confirmed cases, the greatest single-day increase since the COVID-19 outbreak began in March. The previous record high occurred Monday, with 118 new cases in a single day.

Over the past seven days, there’s been a 14% increase in new cases in Travis County, while testing has increased by 13%.

Meanwhile, Hays County is emerging as a hot spot for new infections, up 32% in a week. That increase far outpaced the number of new tests for the virus, which were up just 8%.

Williamson County cases show a slight trend downward when comparing the number of tests with new cases. Testing was up 17% in the past seven days while new cases increased 11%.

Another hot spot: Burnet County, which has experienced a 41% increase in new cases from one week ago, while tests were up just 10%.

Statewide, another record was broken Tuesday as the number of hospital admissions because of COVID-19 reached an all-time high with 2,056. The previous record high was recorded on Monday at 1,935. Cases increased even more by Wednesday, with 2,153 hospitalizations reported.

Tracking the 14-day hospitalization data for Texas, there has been a noticeable upward trend as more Texans are being treated in hospitals.

Despite the increases, state health department data shows that there are still over 15,000 hospital beds available, over 1,700 available ICU beds and nearly 6,000 available ventilators.

WATCH: 'Drive-thru' COVID-19 testing poses a problem for some