Dr. Mark Escott, interim health authority for Austin and Travis County, did not identify the facility where 15 patients have died. 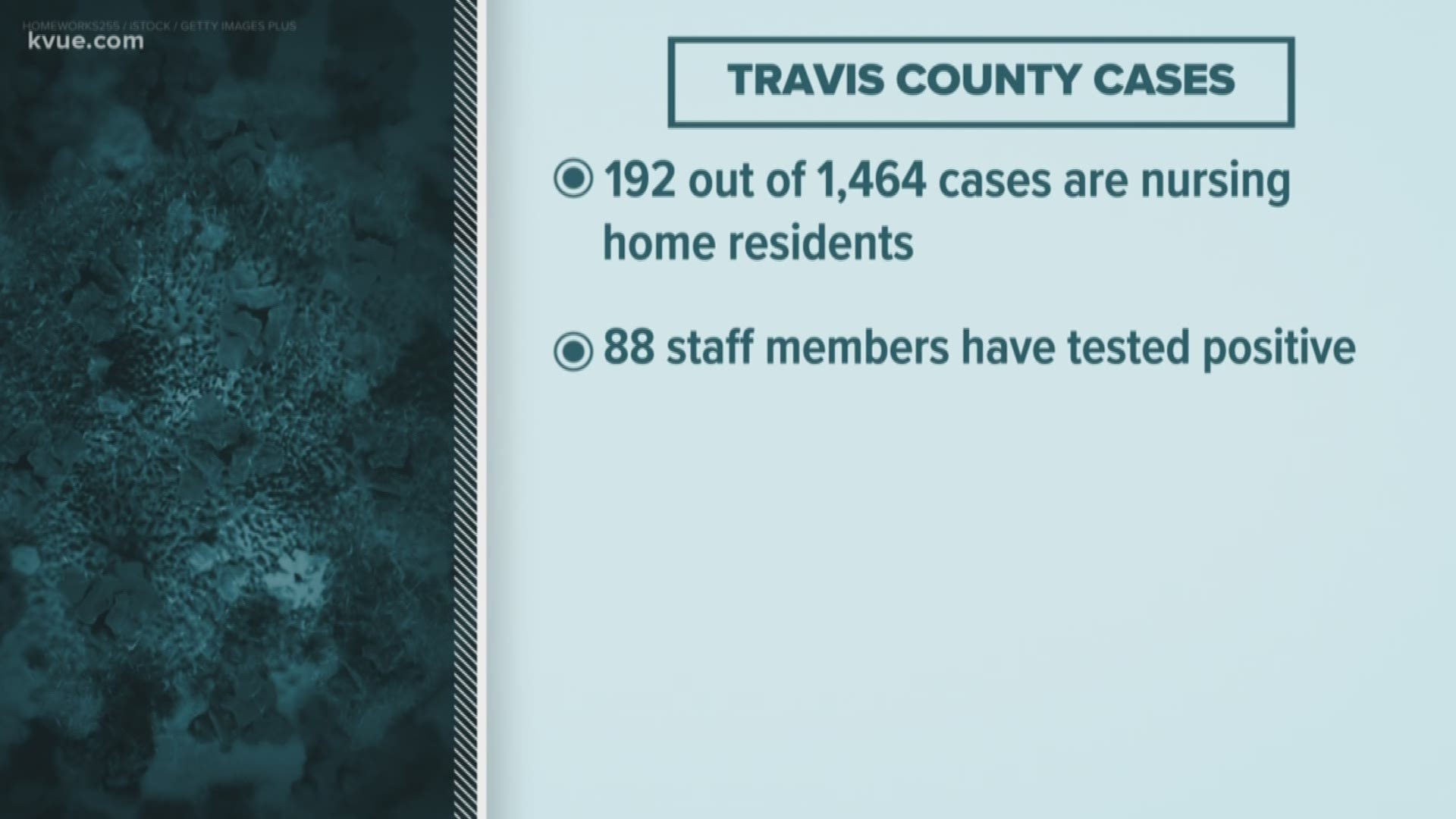 AUSTIN, Texas — An Austin-area nursing home has had more than a dozen patients die from COVID-19 and more than 200 nursing home residents across Travis County have tested positive for the virus, Austin officials said Tuesday.

New numbers released by Austin Public Health show 30 residents and staff have died from the virus at nursing homes and long-term care facilities in Travis County. Fifteen of the deaths come from one facility.

One staff member has also died at the same facility with 15 resident deaths, according to a slide presented to Austin City Council on May 5.

Dr. Mark Escott, interim health authority for Austin and Travis County, has not identified any of the facilities with COVID-19 clusters. However, the slide presented confirmed 280 cases of coronavirus at local nursing homes.

Dotson worked at West Oaks Nursing and Rehabilitation Center in South Austin. The facility has confirmed one staff member died there, but refuses to provide an update on how many residents have tested positive for the virus.

A spokesperson for West Oaks has not responded to KVUE's request for comment.

This announcement comes after a Round Rock nursing home confirmed to KVUE 46 residents and staff members had tested positive for COVID-19.

Austin airport participating in virtual music festival in May