Tricia Anderson said she was fired from Ascension Seton after asking for a leave of absence. 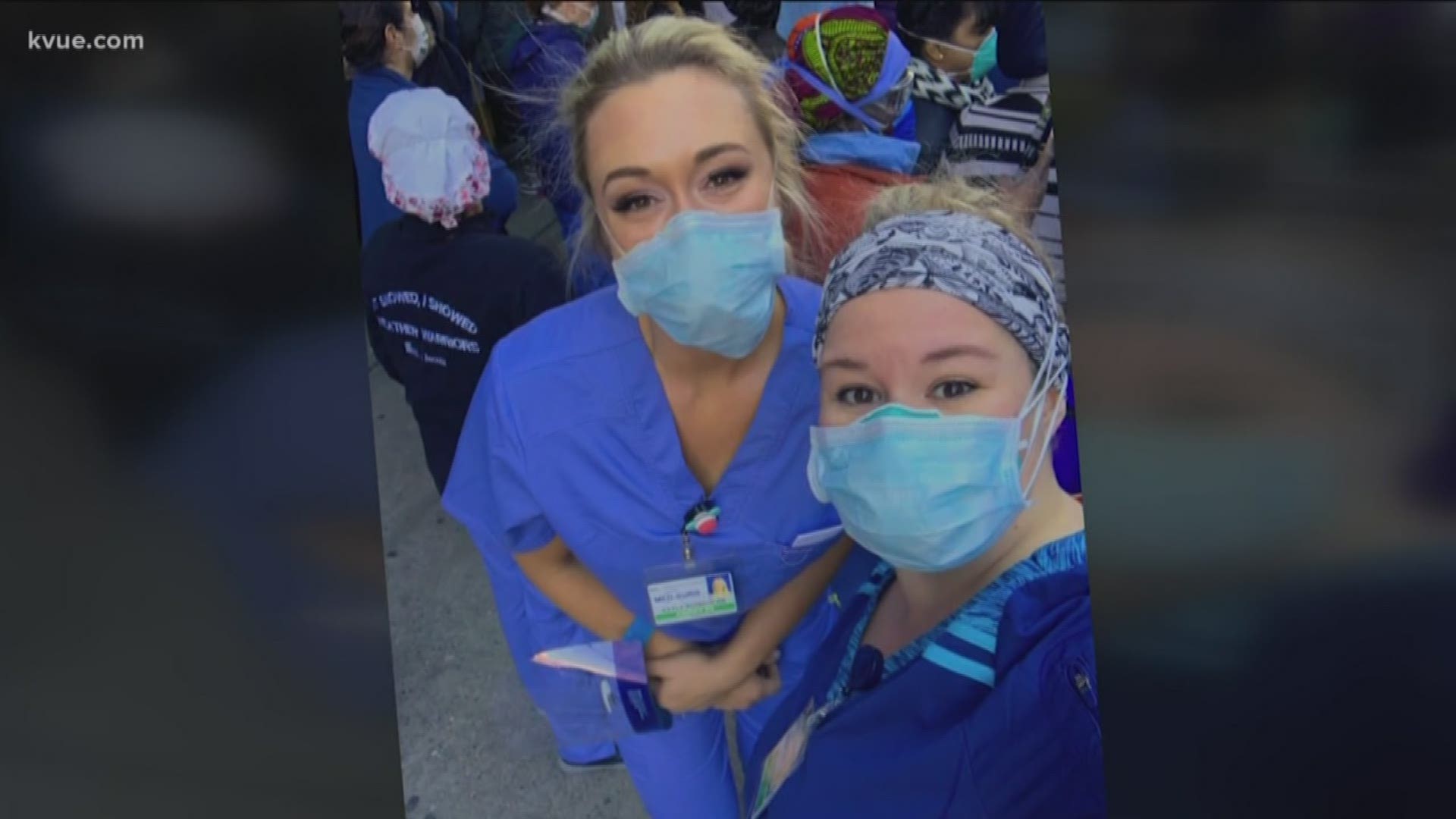 AUSTIN, Texas — The images of packed emergency rooms with wall-to-wall COVID-19 patients in the New York City area have stayed with Tricia Anderson.

"You start realizing that's what's happening in these hospitals here in New York, and these patients, so many of them are dying," Anderson said.

As a nurse herself, Anderson felt for her New York-area colleagues. The state is leading the nation in coronavirus deaths.

"I am asking health care professionals from across the country, if you don't have a health care crisis in your community, please come help us in New York," said Cuomo.

The neonatal intensive care unit nurse could no longer do nothing. With her family's blessing last month, she answered Cuomo's call.

"Today, I'm the nurse going around with the iPad," said Anderson.

Through a Zoom interview, Anderson talked to KVUE from a Bronx hospital. With that iPad, Anderson connects COVID-19 patients with their loved ones. She said it's rewarding.

"These patients get to your heart, you know," she said.

Even when it gets hard, she has no regrets.

"The patient said, 'I want you to do everything that you can for me,' and I actually ended up losing that patient. It was devastating, but I know that I did everything that I could for him and I was there with him and for that patient. And I won't ever regret any decision I made. If that's the only decision or the only difference that I make here, if that's it, anything that I've sacrificed to be here, it's worth it," Anderson said.

She has sacrificed. Anderson lost her job at Ascension Seton when she chose to take the four-week stint in New York.

RELATED: 'That's what I would want if I was there.' Austin nurse heads to NYC to fight COVID-19

She showed KVUE the series of text messages with her supervisor where last month Anderson asked for a leave of absence. She also told her supervisor she would get her shifts covered.

But her supervisor didn't approve, citing staffing issues and saying she would be abandoning the unit. She also told Anderson if she left, she would lose her job and would not be hireable at any Ascension Seton sites.

"That was my frustration at all of it. I felt like I tried to do everything that I could," Anderson said.

Anderson works six days a week. She stays at a Midtown hotel where they are putting her up for free. Every night, she video conferences with her family – a 4-year-old, 18-month-old twins and her husband.

She misses them so much it hurts, but Anderson knows she made the right decision going to New York, because she's caring for COVID-19 patients who can't have anyone else.

An Ascension Seton spokesperson told KVUE: "We cannot provide details on employment matters related to specific individuals. However, if an associate feels called to travel during the pandemic to support the work being done in other states, they have a critical staff travel program where frontline caregivers are granted temporary assignment to another Ascension ministry site that is experiencing a surge in COVID-19 patients."

She returns to Austin on May 18.