As Travis County COVID-19 cases rise, the percentage increase in the number of new cases is declining

Despite a growing number of COVID-19 cases in Travis County, the percentage increase in the number of new cases has been dropping throughout April. 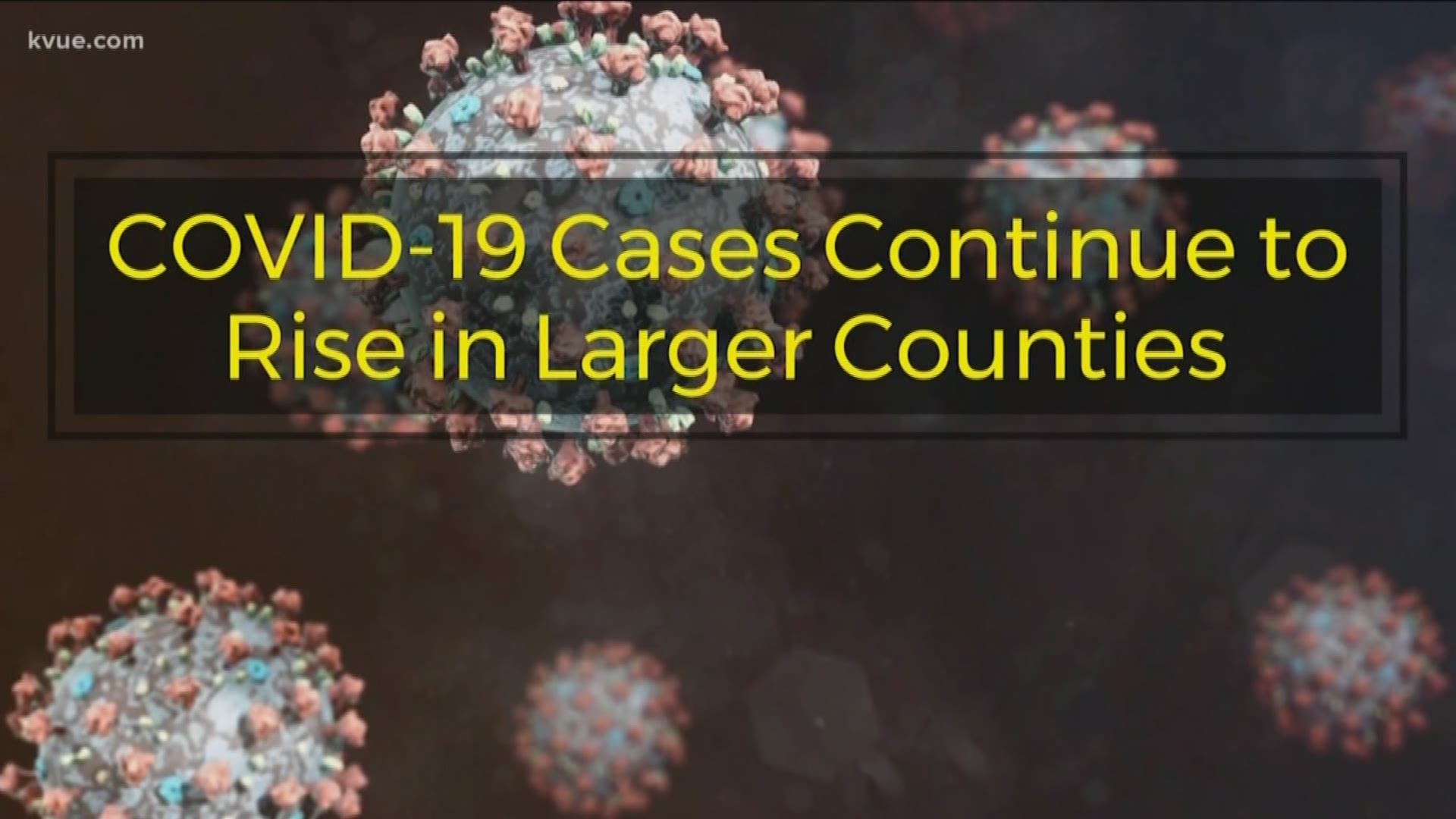 AUSTIN, Texas — According to a KVUE analysis of data from the Texas Department of State Health Services, the percentage of confirmed new cases of COVID-19 in Travis County has dropped from week-to-week throughout April.

It’s too early to suggest a long-term trend, but the data indicates that the percentage of gain in new cases has slowed, at least temporarily, in Travis County.

In counties that surround Austin, the sharpest increase since April 21 has been in Williamson County, where cases have risen 87% in just seven days – from 155 last week to 287 on Tuesday.