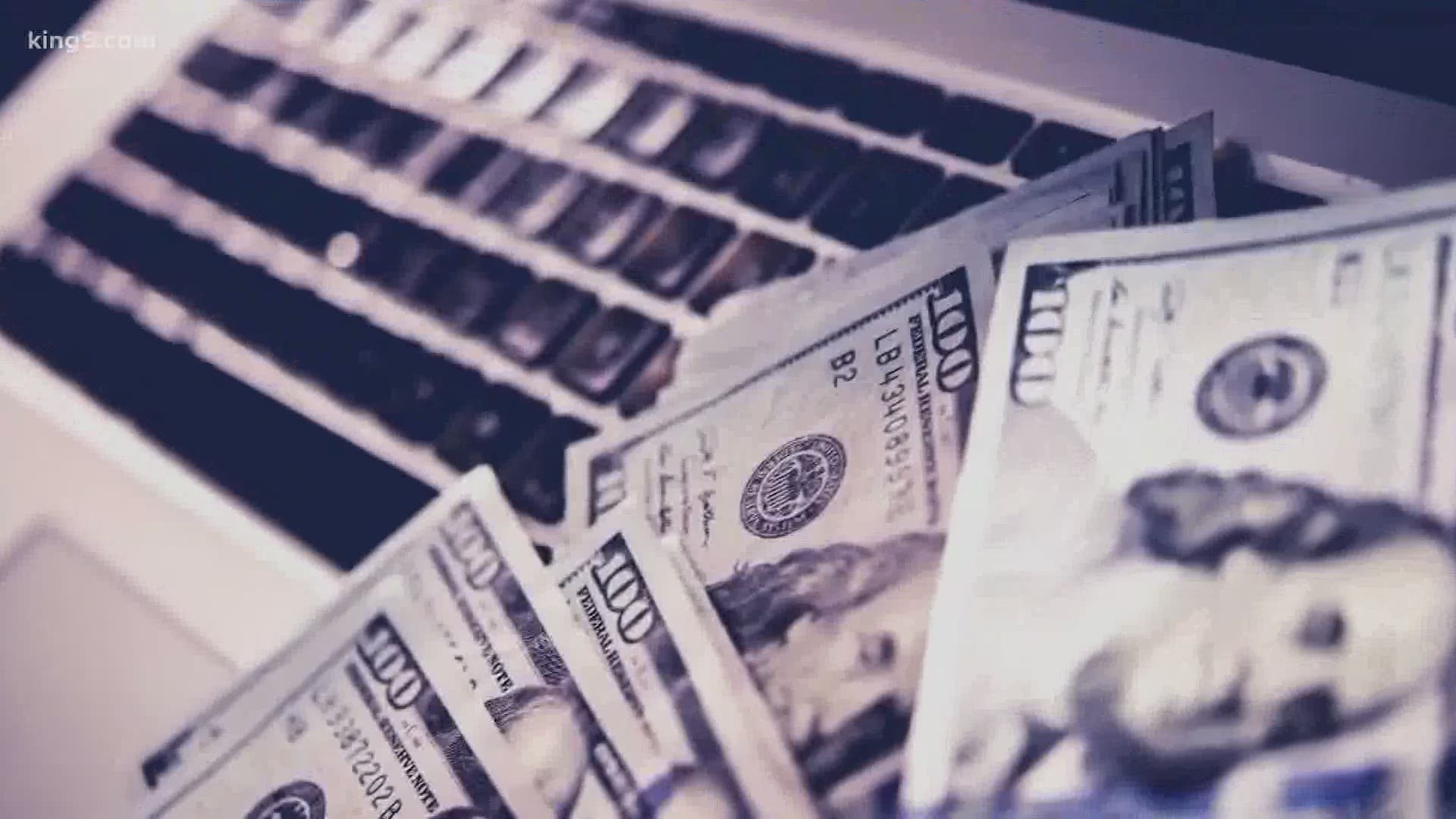 The wave of layoffs that has engulfed the U.S. economy since the coronavirus struck forced 5.2 million more people to seek unemployment benefits last week, the government reported Thursday.

Roughly 22 million have now sought jobless benefits in the past month — easily the worst stretch of U.S. job losses on record. It means that roughly one in seven workers have lost their jobs in that time.

The grim figures point to an economy that is tumbling into what appears to be a calamitous recession, the worst in decades. The nation’s output could shrink by roughly 10.5% before it starts to rebound, according to Ryan Sweet, an economist at Moody’s Analytics. That would be more than double the contraction that occurred during the 2008-2009 recession, which was the worst downturn since the Great Depression of the 1930s.

RELATED: Read this before you raid your 401(k) during coronavirus crisis

RELATED: You could get a $2,000 per month stimulus check under proposed bill

All businesses deemed nonessential have been closed in nearly every state. Deep job losses have been inflicted across nearly every industry. Some economists say the unemployment rate could reach as high as 20% in April, which would be the highest rate since the Great Depression of the 1930s. By comparison, unemployment never topped 10% during the Great Recession.

Layoffs are spreading beyond service industries like hotels, bars and restaurants, which absorbed the brunt of the initial job cuts, into white collar professional occupations, including software programmers, construction workers and sales people.

Up to 50 million jobs are vulnerable to coronavirus-related layoffs, economists say — about one-third of all positions in the United States. That figure is based on a calculation of jobs that are deemed non-essential by state and federal governments and that cannot be done from home.

It’s unlikely that all those workers will be laid off or file for unemployment benefits. But it suggests the extraordinary magnitude of unemployment that could result from the pandemic.

“This crisis combines the scale of a national economic downturn with the pace of a natural disaster,” said Daniel Zhao, senior economist at Glassdoor. “And that’s really unprecedented in American economic history.”

All told, nearly 12 million people are now receiving unemployment checks, essentially matching the peak reached in January 2010, shortly after the Great Recession officially ended. That figure is less than the number of applicants in part because it lags behind the number of first-time jobless claims figure by a week. And many people who apply for unemployment aid are turned down and don't actually receive checks.

Retailers and other service companies keep cutting jobs. The electronics chain Best Buy said this week that it will furlough 51,000 of its hourly employees, including nearly all its part-time workers. Royal Caribbean Cruises will cut one-quarter of its 5,000 corporate employees.

But now, job losses are spreading well beyond occupations involving restaurants, retail, travel and entertainment, which were hit first and hardest. The software company Toast, which works with the restaurant industry, last week cut half its workforce -- or 1,300 people -- citing a dizzying drop in restaurant sales. Yelp, the customer review site, cut 1,000 jobs. Groupon, the online discount company, shed 2,800.

Some law firms have been forced to reduce their staffs. One victim was Fern Weinbaum, 68, who was furloughed last month from her job as a legal secretary at a small law firm in Manhattan. Weinbaum still hasn’t received her unemployment benefits, which she is counting on to help pay her monthly rent of $1,100.

“I am very anxious, I need the money,” she said. “It’s very frustrating.”

Employee discussions of layoffs on Zhao’s website have jumped 47% among information technology firms and 64% in finance, he said. Such discussions have nearly doubled among workers in health care. That’s no longer surprising: Many doctors’ offices and other health providers have cut back on nonessential procedures, and some are cutting staff.

RELATED: VERIFY: Is the IRS site safe? Will I have to pay back my check? And other common stimulus questions.

Some state unemployment agencies, swamped by applications, are still working through backlogs, suggesting that the claims figures will likely remain high in the coming weeks.

Connecticut’s labor department said this week that it had processed roughly half the nearly 350,000 applications for jobless benefits it had received in the past month. That’s usually the amount it typically receives in two years.

In most states, self-employed, freelance and gig workers aren’t yet able to file applications for unemployment aid under new rules enacted by the federal government’s $2.2 trillion economic relief package. That legislation extended eligibility for aid to those categories of workers for the first time. But most states have to establish new systems to handle their jobless claims.

That’s become a problem for people like Celia Rocha, 44, who lost what she called her “dream job” as a studio assistant to an artist in Los Angeles after California ordered all non-essential businesses to close last month. Rocha, who had worked as a contractor for three years, said she applied for benefits but was inexplicably turned down. When she has called the state’s phone line to ask questions, she has received only a recording directing her to the website.

“It’s really frustrating that you can’t talk to someone and have your questions answered,” Rocha said. “There’s no information about when we can apply for this” on the state’s website.

On Wednesday, California said it was intending to have a website for the self-employed and contractors active by Monday.