This includes over-the-counter and homeopathic products. 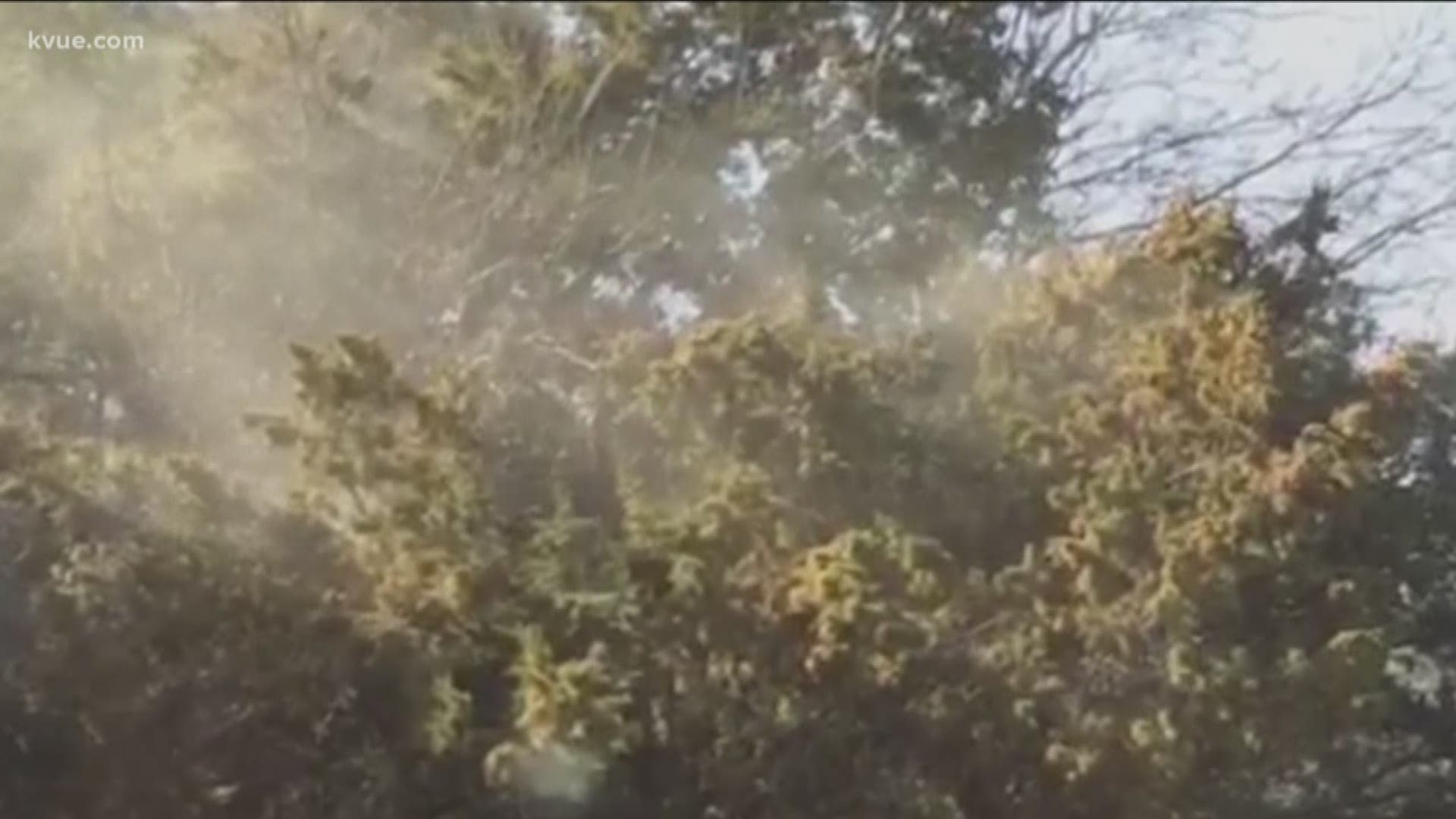 AUSTIN, Texas — Tuesday was another day of near record highs of cedar pollen, which meant Austinites had to go out and find immediate relief.

KVUE stopped by People's Pharmacy on North Lamar and got help from practitioner Andy Bishop.

"The cedar count is off the chart," he said.

Also off the charts is the number of confused, miserable people coming into the store.

"One of them is Cedar Allergy Mix here by PHP," said Bishop. "It's a spray ... We also have another homeopathic cedar-specific remedy, and that one is our cedar fever pellets, that People's Pharmacy has private labeled ... Another cedar-specific remedy is called Cedar Serum, and this is not actually taken under the tongue. It's actually diluted in water ... Easy Breather is a Chinese herb blend meant to address especially directly the symptomology ... D Hist is another general allergy blend, kind of like Easy Breather, so this one is also going to be symptom-driven."

At Tarrytown Pharmacy on Exposition Boulevard, David Todd is looking for cedar relief for his 7-year-old son, Henry.

"This is the worst it's ever been for him. He's had it a little bit before, but I've never noticed it like this. It's crazy," said Todd.

For itchy and runny eyes, Ching said Zaditor is his favorite. He called it Benadryl for eyes.

Experts said if you have drainage, you should sleep upright so your throat doesn't get irritated.

Experts also recommend washing your clothes and bedding, especially your pillowcases, after a day outdoors, to get all that pollen off.

And if you want to use a Neti pot to clear out your nasal passage of all allergens, make sure you use distilled water. Tap water has bacteria in it, and adding more bacteria in your nose when you're trying to clear it out is a bad idea. It could actually make you sicker.

Iraq airbase that houses US troops hit with rocket attack