A Buda man celebrated his 69th birthday with the man who helped save his life. 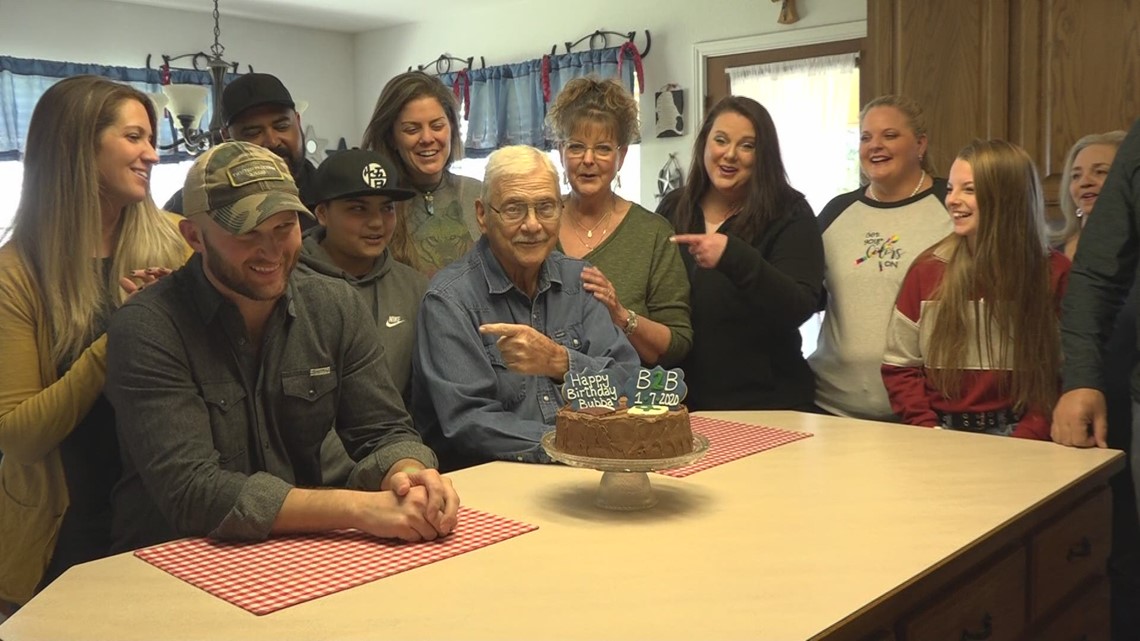 BUDA, Texas — On Saturday, a Buda man celebrated his 69th birthday with the man who helped save his life.

"This gentleman sitting next to me changed my whole attitude about life," said Bubba Laws."He gave me my life back."

For more than two decades, Laws had debilitating health problems. But last year he found out he had end-stage liver disease and needed a new liver, even though he did not drink alcohol.

"Well, I was expecting not to get one," Laws explained. "For a long time, I was saying stuff like, 'Just plant me somewhere.'"

He was placed on the waiting list at the University Hospital's Transplant Center in San Antonio, but he also had the option of finding a live donor.

"Seeing how sick he kept getting, I knew it was coming fast and there was nothing I could do," said Laws' daughter, Kim Pendergraft.

Without her father knowing, Pendergraft posted a plea to Facebook asking anyone who was a match to help save her father by donating part of their liver.

"I kind of glanced through it and saw that we were the same blood type," said Blair Casey.

Little did Pendergraft know, her friends of 10 years, Casey and his wife, would be a match and were willing to risk their lives to save her father, whom they never met.

"It wasn't a second thought once we started getting tested, and once we got tested we were committed," said Casey.

The doctor chose to use Casey's liver. The family knew Laws wouldn't take the liver if he knew who it was from, so they kept it anonymous

On Jan. 8, the day after their surgeries, Laws met the man who saved his life.

Casey said the doctor took 68% of his liver but it is expected to regenerate within the next nine months.

His daughter thanked him for saving her dad.

"This year for his birthday, when we sing happy and many more, we mean it," said Pendergraft. "He is going to have many more. Thank you, Blair."

The two families say they hope their story will encourage others to donate what they can while they are alive, to save a life.