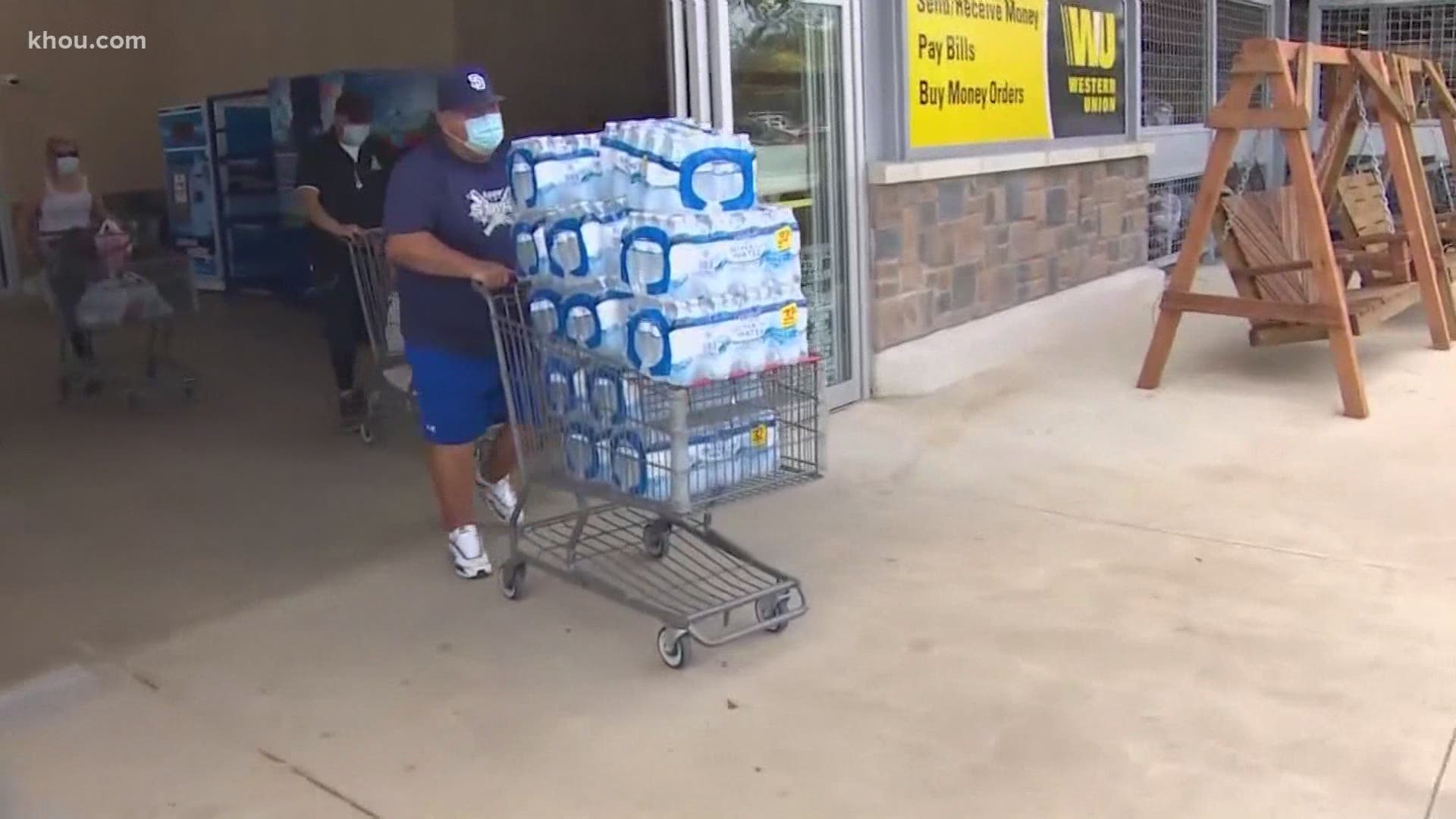 Josiah McIntyre was hospitalized earlier this month after contracting naegleria fowleri -- commonly called a brain-eating amoeba -- at either the neighborhood splashpad or a hose at his family's home.

His hospitalization, and subsequent death on Sept. 8, prompted an investigation of the Brazosport Water Authority system. According to health experts, the amoeba is rare but 90 to 95 percent of people who are infected die.

"The notification to us at that time was that he has played at one of play fountains and he may have also played with a water hose at the home," City Manager Modesto Mundo said.

The splash pad was immediately shutdown Sept. 8 and the city began testing for the amoeba, sending the samples to a private lab.

The initial results came back negative.

Lake Jackson officials talked with the Center for Disease Control, the Brazoria County health department and the Texas Commission on Environmental Quality on Sept. 17 about conducting a more elaborate test that was delayed because of Tropical Storm Beta.

6-year-old Josiah died on Sept. 8 after being infected with a brain-eating amoeba. His death prompted @LakeJacksonTX to test the water. CDC preliminary results came back yesterday. 3 of 11 samples were positive: a downtown splash pad, his home's hose bib and a hydrant. #khou11 https://t.co/rggdGw8LDh pic.twitter.com/iylTXpFc3C

"We’re surprised just as everybody that the tests came back for the system," Mundo said.

The results were also sent to the Texas Commission on Environmental Quality, and after reviewing, TCEQ required Brazosport Water Authority to issue a "Do Not Use" water advisory for their customer base, which includes Lake Jackson.

"But now that it’s been detected in three separate spots that’s where the questions come up: is it in the system?" Mundo said.

Mundo says 50 percent of the city’s water comes from the BWA and the other half comes from wells.

Lake Jackson has closed off its water system. TCEQ is now working with the city to get them off the BWA and go completely to well water.

Mundo said the goal is to see if there is contamination in their system and that they don’t cross-contaminate with any other siren.

At the moment, they have not been able to pinpoint the problem, but Mundo said they’ve taken BWA out of the equation.

"The water may be able to be used, but at this stage, we have not been told that yet. That’s what TCEQ is working with us to see if we can get a super chlorinated level that makes it in their mind safe to drink," Mundo said.

RELATED: Brain-eating amoeba: What is it and how do you protect yourself

Lake Jackson Mayor Sipple has issued a disaster declaration. He said the city is partnering with the city of Clute to pass out cases of water to residents.

Lake Jackson residents can pick up one case of water each day at Brazosport College at 500 College Blvd.

An emergency notification is expected to go out to residents when city officials are ready to pass out bottled water.

There will also be pick-up locations in Angleton and Freeport. The address to those locations will be released once they are confirmed, Sipple said.

Per the mayor's order, all businesses and restaurants in Lake Jackson can't use city water, expect to flush toilets.

Kroger is also jumping in to help residents.

The grocery chain has sent truck carrying 250 pallets of water to stores in the area, including Clute, Rosenberg and Angleton to ensure the affected communities have access to drinkable water.