Doctors say immunizations are the best way to protect yourself against the disease. 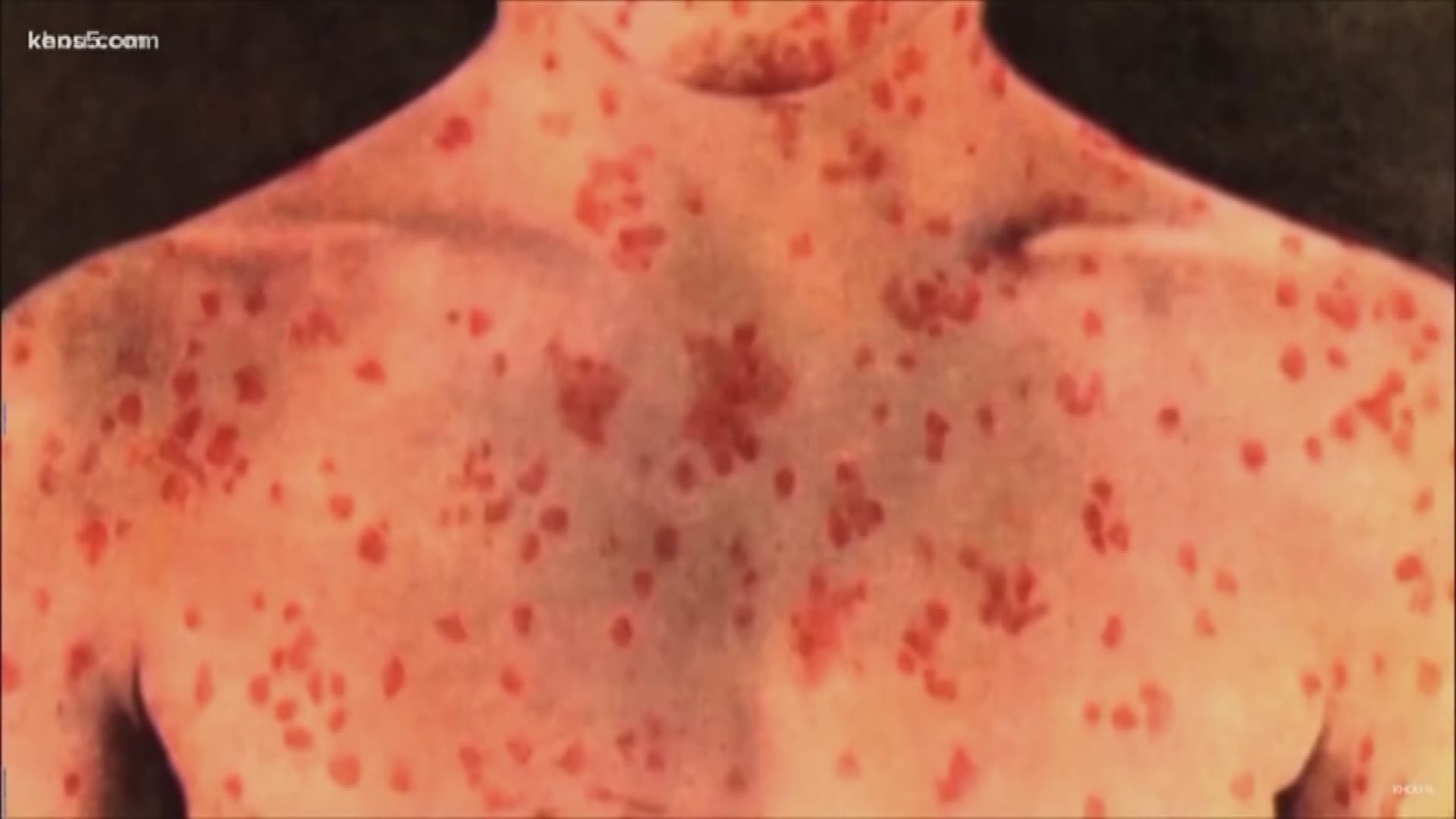 Officials added this is “associated” with a case of measles from Guadalupe County that was confirmed and reported by KENS 5 in early March. The disease had been traveling across the U.S. at a record pace this year; 25 percent of those who get measles end up going to the hospital.

Earlier this year, a University Health pediatrician told KENS 5 about the disease’s tendency to be extremely contagious. Dr. Ryan Van Ramshorst said immunization is the most effective way to protect yourself from measles.