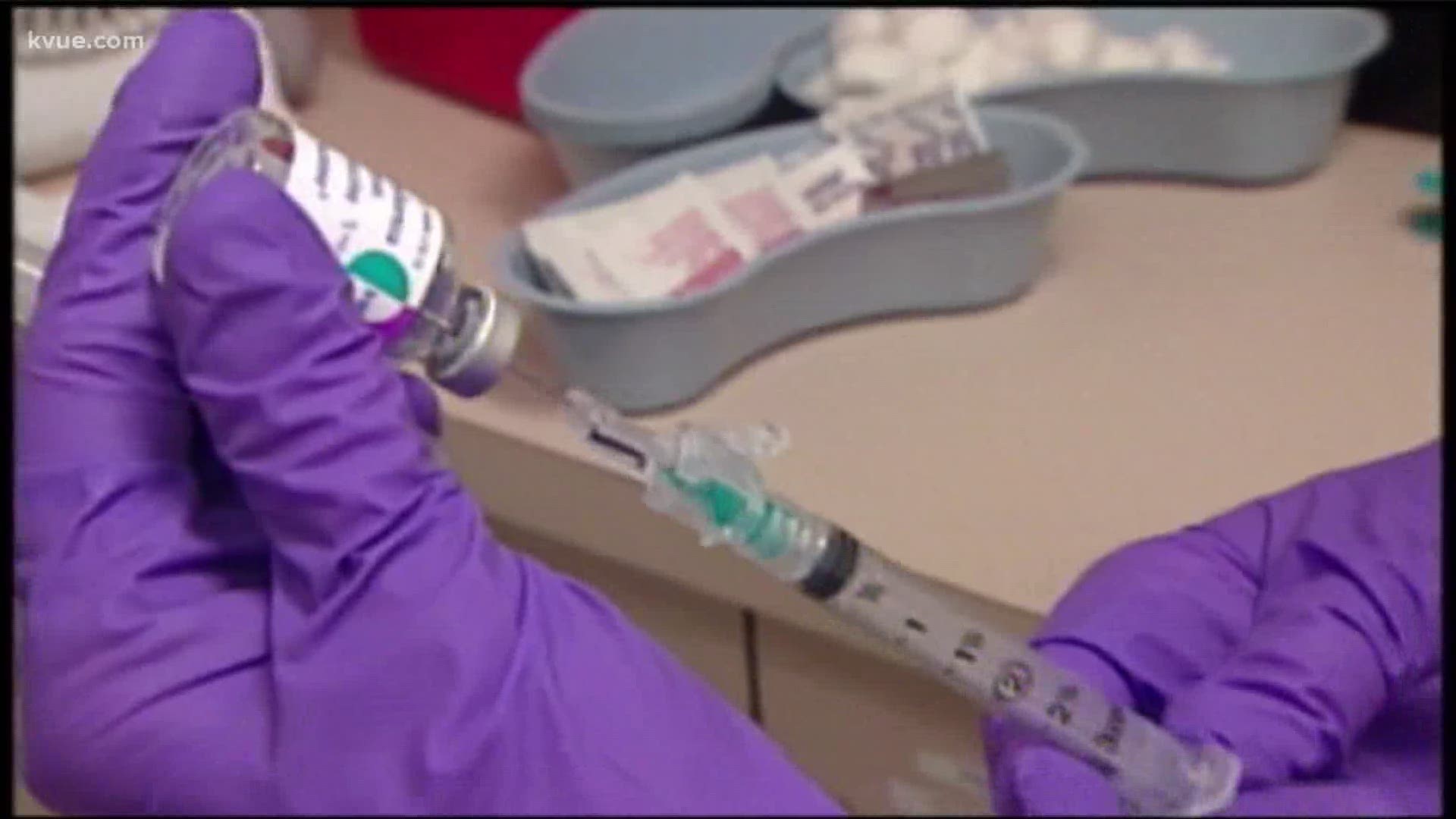 AUSTIN, Texas — Local physicians said fewer children are getting life-saving vaccines during the coronavirus pandemic because parents are hesitant to bring their children in for routine visits.

Dr. Ari Brown, a pediatrician at 411 Pediatrics, said many parents are hesitant to bring their children in for check-ups and vaccinations even though offices have safety measures in place.

Brown said she has seen the number of kids getting vaccinated drop between 20 to 50%, depending on their age, since the coronavirus pandemic started.

Children two years old and younger are the most vulnerable population, Brown said. Parents with children this age have kept up with the vaccinations on time, for the most part, she added.

However, that is not the case for children who are two years old and older, where she noticed a worrisome level in the drop of visits.

Brown does not want to scare parents, but she believes it is important to make them aware so they get their children in to receive these important vaccinations.

"It's very troublesome when we start to venture out in the world and things open up in our communities and our country and the world opens up, and people are traveling. These diseases come back," she said.

This is not a problem just in Austin, but also around the country.

A CDC report found a significant drop in the number of healthcare providers ordering non-influenza vaccines and measles-containing vaccines since the beginning of the coronavirus compared to this same time in 2019.

This shows doctors have a lesser need for the vaccines since fewer people are getting them.

Brown worried that Austin could face another outbreak, but this time of a vaccine-preventable disease such as measles.

Physicians added a drop in vaccinations could push Austin past its ability to protect infants and the immunocompromised with herd immunity. Herd immunity is the resistance to the spread of a contagious disease within a population that results if a sufficiently high proportion of individuals are immune to the disease, especially through vaccination.

"It's not something to take lightly. These are real diseases and we don't see it because we vaccinate," Brown said.

Austin has historically had vaccination exemption rates above the average across Texas and, in 2019, Austin was named one of 14 anti-vaccine hotspots in the U.S.

If parents are worried about scheduling a visit with their child's pediatrician, Brown said many of the offices in the area she knows of are taking the following precautions:

If parents are still concerned, Brown suggested they call their pediatrician to have a conversation with them.

WATCH: There is a growing number of unvaccinated kids in Texas