As of Oct. 25, Austin Public Health was investigating 12 cases of vaping-related lung injuries in Austin or Travis County. 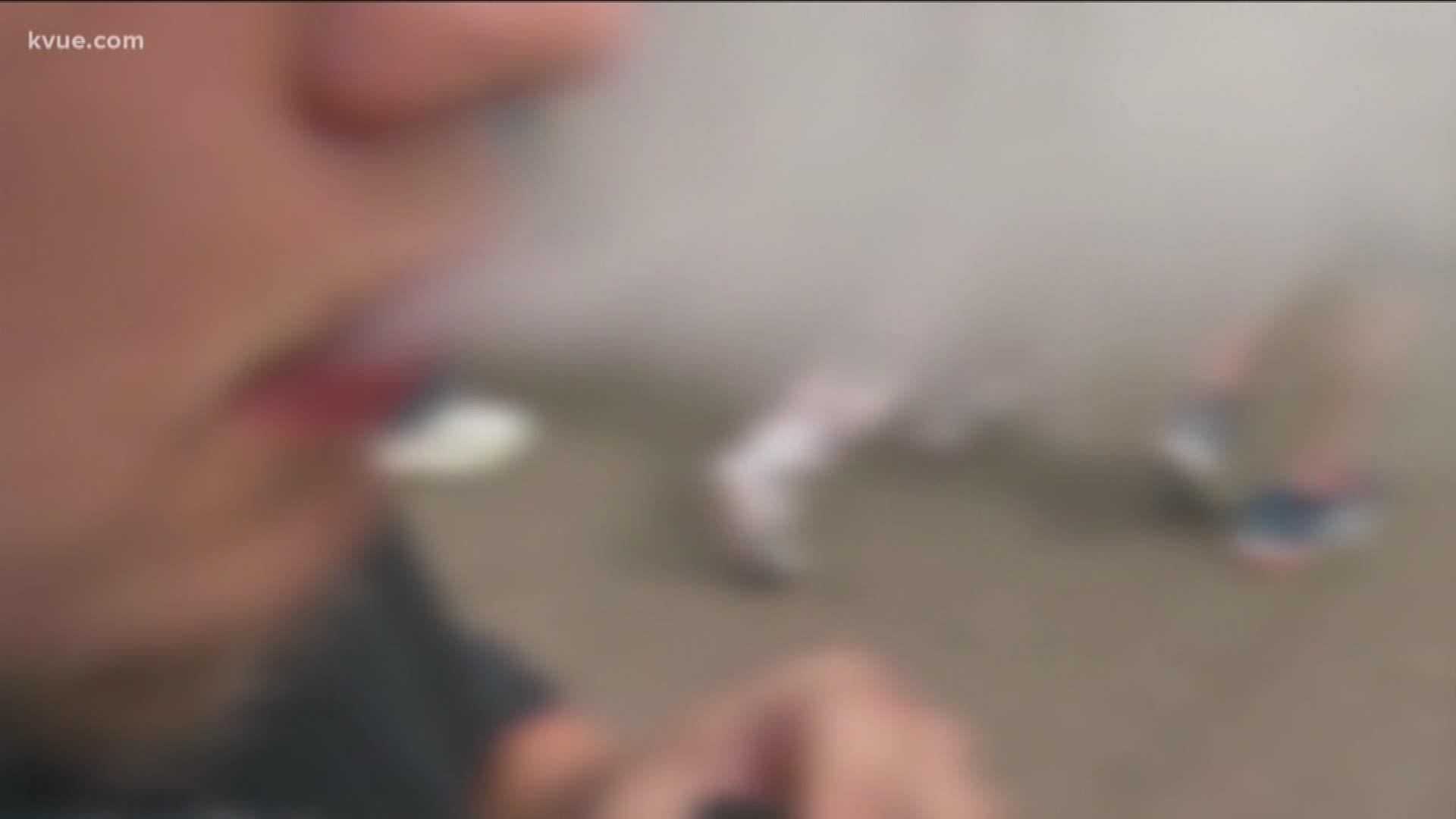 AUSTIN, Texas — The City of Austin's Public Health Department has launched a webpage to provide local updates on the national investigation of lung injuries associated with e-cigarette use.

According to the City, the webpage, AustinTexas.gov/ECigarettes, will be updated every Friday with new local case numbers.

As of Friday, Oct. 25, the Austin Public Health epidemiology and disease surveillance unit was investigating 12 cases of Austin or Travis County residents with vaping-related lung injuries.

Vaping-related illnesses in US still rising, but more slowly

According to the City, health officials continue to recommend that the community refrains from e-cigarette use as the national investigation continues.

Last week, the Centers for Disease Control and Prevention said the total number of vaping-related illnesses was 1,604 in this year's outbreak – including 34 deaths. The CDC said the outbreak is still happening, but the count of new cases has dropped for three straight weeks, possibly due to reporting delays.

No single ingredient, electronic cigarette or vaping device has been linked to the illness.

How parents can protect teenagers from vaping

In response to this outbreak, for Red Ribbon Week last week, rather than focusing on drugs, alcohol and other substance abuse, the Austin Independent School District addressed only vaping.

Several major retailers – including H-E-B, Walmart and Walgreens – have all stopped selling e-cigarettes in the U.S.

WATCH: Vaping may negatively affect ability to get pregnant: What you should know