"Anyone who's not paying attention to the mental health of their employees right now ... will pay the price," said ex-director of NAMI Karen Ranus. 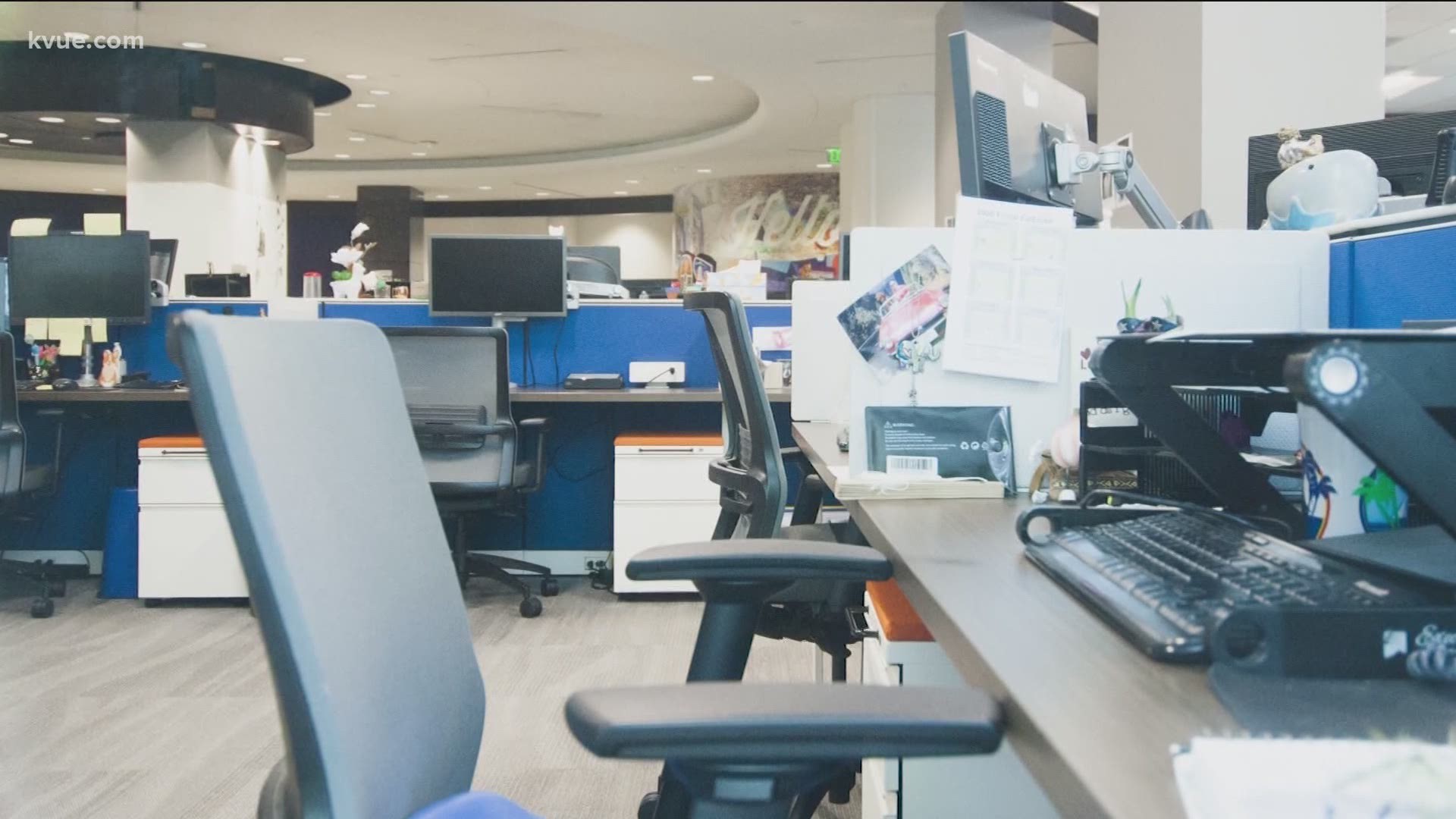 AUSTIN, Texas — These stressful times can lead to unhappy employees or even burnout, so some Austin-based companies are going the extra mile to help employees maintain their mental health.

Indeed's senior vice president and head of global resources, Paul Wolfe, said the company noticed in March and April employees were taking less paid time off compared to previous years. He said mental health is very important to the company, so it decided to create YOU Days, a day every month the entire company is off.

"We got really strong, positive feedback," said Wolfe. "It was really nice to know that I didn't have to look at my phone and I wasn't concerned about the email coming in because other people weren't working either."

Wolfe said Indeed also reallocated a lump sum of money from its wellness program to offer a mental health benefit where employees can virtually meet with a therapist, a psychologist or a psychiatrist.

Austin-based The Zebra, a car insurance resource, also put something similar in place by creating Summer Fridays, which shortens the workweek.

"What that means for us is that every Friday at 2 p.m. the workday is totally over and employees are encouraged to enjoy the couple extra hours of their weekend and really use that to hang out with family, friends or just decompress from the work week," said The Zebra's public relations manager, Danielle Marchell.

While extra time off is great, Karen Ranus, the executive director of National Alliance of Mental Illness Central Texas (NAMI), said not all companies can do that but every bit of empathy goes a long way.

RELATED: The other COVID-19 problem: Stress and anxiety are on the rise, data shows

"Maybe it's something as simple as making sure that every meeting that you start out with a check-in and just asking how's everybody doing," said Ranus. "Just create that space for people to talk about their highs and their lows."

NAMI educates companies about the power of mental health and how to maintain it throughout the company. Ranus said the better people take care of themselves and are allowed more time to refuel, the more productive they will be.

"Anyone who's not paying attention to the mental health of their teams' employees, their staffs right now, I think, in the long run, you will pay the price of folks who get burned out, who are not nearly as productive as they could be," explained Ranus.

Ranus said mental health is wealth for your employees and company.

"We haven't even begun to see the actual impact, and I feel like we're in the very early stages and that it's only going to get worse," explained Ranus.