The CDC identifies which airports are required to conduct additional screenings. 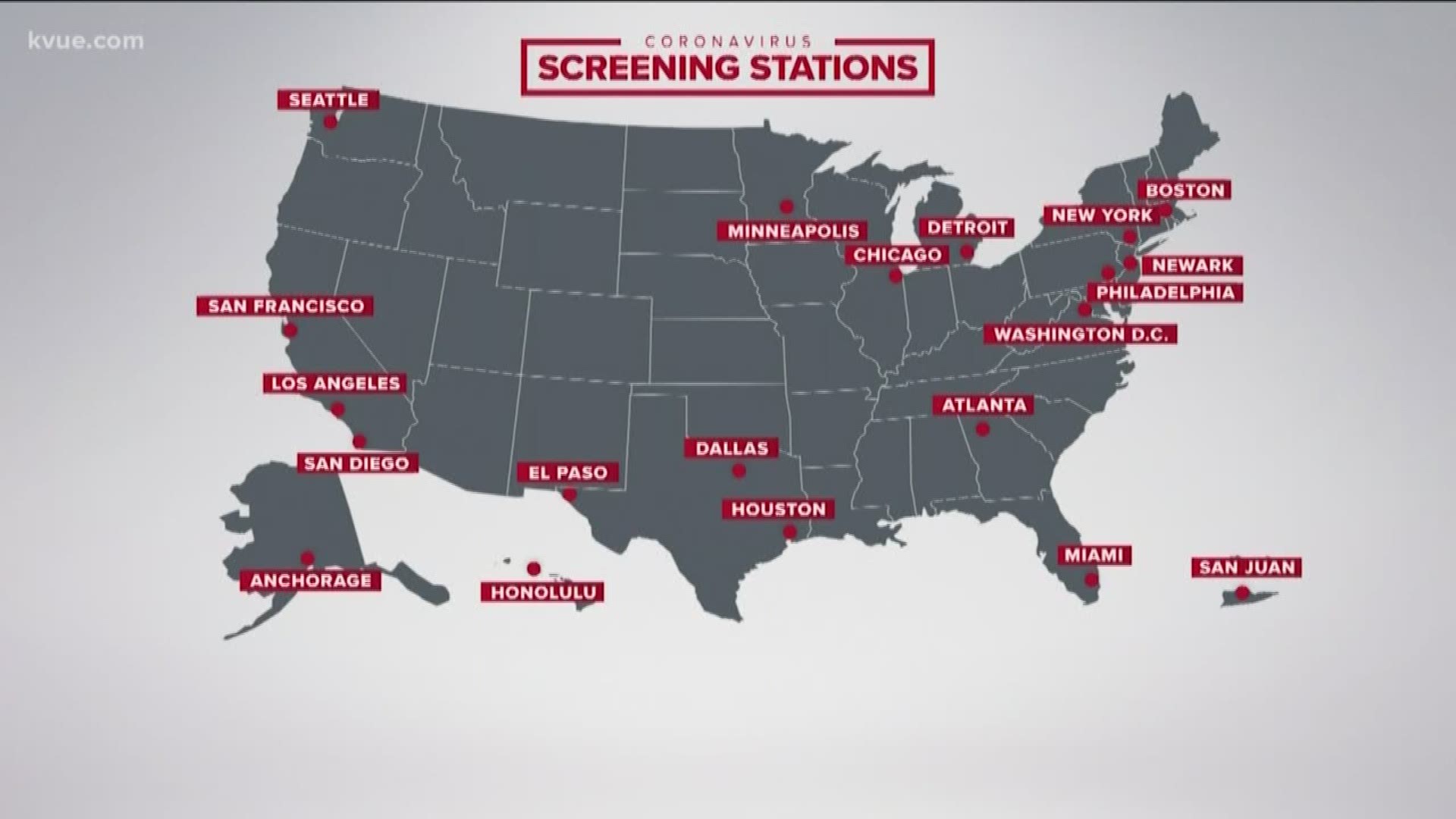 AUSTIN, Texas — Austin-Bergstrom International Airport is still trying to make sure everything there is cleaned up and wiped down because of coronavirus concerns. Some people think more should be done, including screening passengers, but a spokesman with Austin's airport said it's not up to them.

"The CDC is the federal organization that identifies which airports need to go through any extra screening processes – so in this case, for the coronavirus or any in-bound national travelers coming through," said Bryce Dubee, Austin-Bergstrom public information specialist. "At this time, due to the nature of the international flights that Austin-Bergstrom receives, we don’t have any flights that come in from any of those identified countries that the CDC has pointed out."

"I kind of contemplated saying something at the airport, but I didn't want to cause panic," said Bobby Disler, a Salado resident who flew into Austin's airport on Tuesday night.

Disler spent eight days in Italy before flying back to New York's airport and then Austin's.

"Thirty minutes before we landed, I had a scratch in my throat and then I started feeling really achy. By the time I got off the plane I realized, OK, I could tell I had a fever," said Disler.

After he landed, he wanted to talk to someone about it, but he didn't see any sort of public health official and that worried him.

"I had no idea who to call, what to do; I didn’t know whether to tell someone at the airport," said Disler.

Doctors told him to stay home until he gets cleared by the health department.

"It's torturous. I was gone for eight days – first time I was away from my daughter. You know, you have the excitement to come home and then you're not. So luckily, I'm in the RV in my own home," said Disler. "Came home this morning, waved bye to my family at the front door and went straight into the RV."

He's stuck living in his camper for now, until he gets test results back from the CDC.

"To know that my family is functioning inside and I'm separated from them, you can see them, but you can't touch them; you can't give them a hug," said Disler.

Disler said he knows there are guidelines the airports have to follow, but he thinks there should be more done.

Bell County, where Disler lives, said it doesn't have any confirmed cases, but any suspected cases from traveling are being treated as if they could be cases.

Bell County Public Health District said in a statement: "When we have a case we will issue notifications to our partners, including our media partners. Recent news reports have stated that private labs have recently received the ability to test so the number of tests is likely to increase due to increased availability."

"While we do have nonstop international flights, we do not fly directly to any countries the CDC has identified as a Warning Level 2 or 3 at this time," said Dubee. "Travelers who arrive at AUS from any of those countries would be screened at the Customs & Border Patrol checkpoints in their connecting airport upon arriving in the United States."