Most patients report using vaping products that contain THC, which are illegal to sell in Texas. 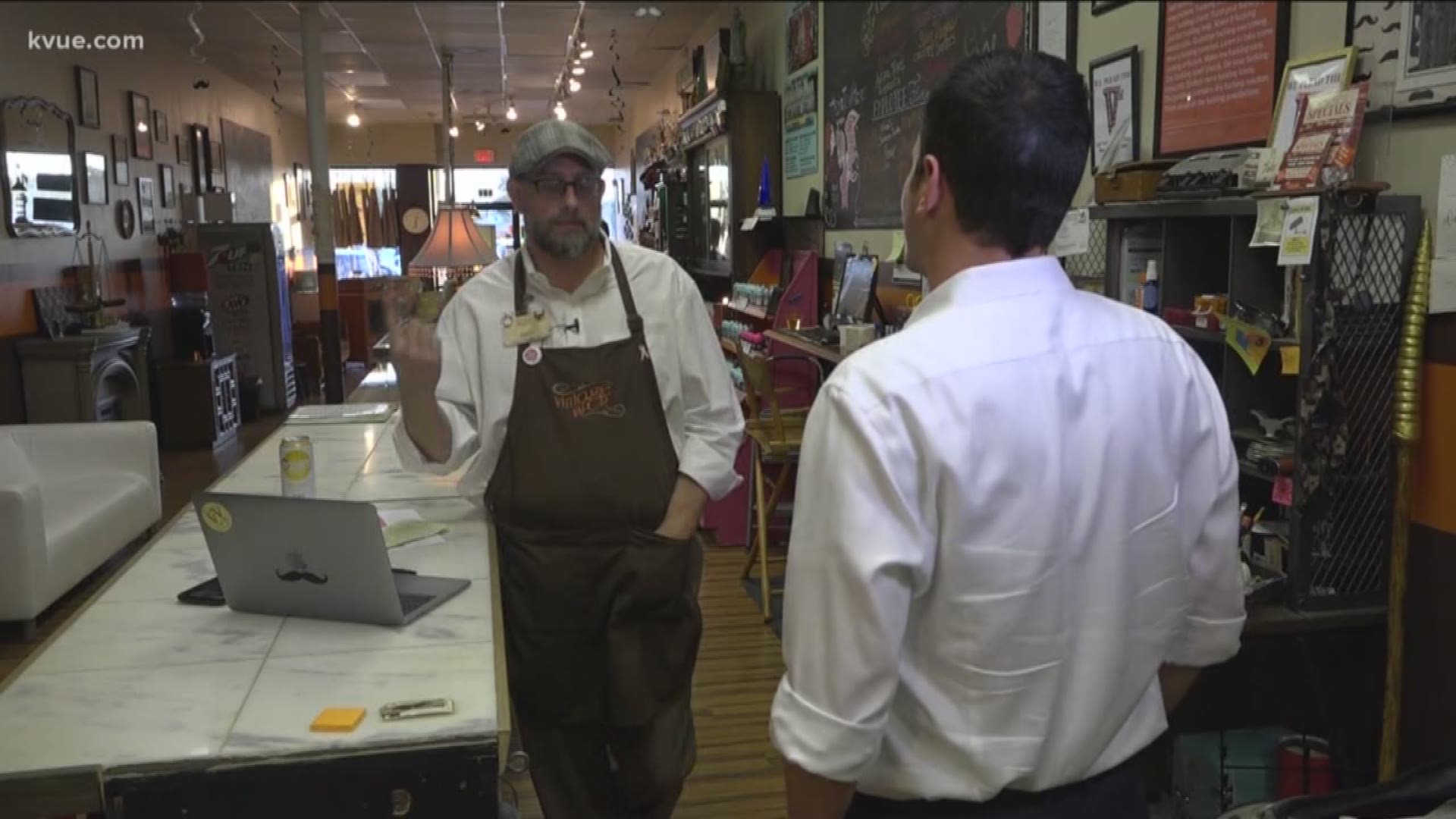 PFLUGERVILLE, Texas — At least a handful of states have now banned, in some way, the sale of vaping products after concerns over health and safety.

According to the Centers for Disease Control and Prevention, there have been more than two dozen vaping-related deaths and a more than 1,200 illnesses.

The CDC and state health agencies have yet to determine which vaping product or brand is causing the illnesses.

It has, however, found that most of the patients reported using products that contain THC, the component in marijuana that can make someone high.

There has been at least one death linked to vaping in Texas, along with more than 90 patients, according to the Texas Dept. of State Health Services.

"Hopefully, we won't have others, but that is a possibility with such a large state, of course, and a large number of cases," DSHS spokesperson Chris Van Deusen told KVUE. "This is a very serious illness. The vast majority of people, almost everyone, has had to be hospitalized."

RELATED: Kroger, Walgreens to stop selling e-cigarettes in US

"There seems to be also some sort of link between informal purchases, from a friend or a family member, somebody on the street," he said.

Justin Gibson, who co-owns a vaping product store called Vintage Vapor in Pflugerville and South Austin, told KVUE the news of the outbreak has affected his business. He blames misinformation.

"It's not vaping. It's what they were vaping, where they got that from. And we need to get those things out of the marketplace," Gibson said.

Gibson, who founded the store more than six years ago, said his products have helped people quit smoking.

"We've helped thousands of people. We have trophies to prove it," he said. "Our biggest cause of losing customers is because they don't need us anymore, which is a beautiful cost of doing business."

Vaping products, like the ones Gibson sells, help users wean off of nicotine.

But the products the CDC and other agencies believe are linked to the vaping-related deaths and illnesses are putting a dark cloud over his industry.

"This is not a legal product that is getting people sick. This is black market THC cartridges that are probably the worst of the worst," he said. "These are comic book villains that are making these products and dispersing them."

US vaping-related deaths rise to at least 26, cause still a mystery

As some vaping product stores in states where bans have been issued close their doors, Gibson worries what might happen with his store if Texas lawmakers were to consider a ban here.

"My heart goes out to those business owners in Washington, the guys in Massachusetts. I mean, it's heartbreaking," he said. "A ban of any type is a death sentence to a small business like mine."

KVUE reached out to Gov. Greg Abbott's office and several state lawmakers regarding concerns over vaping products but never heard back.

What the Beep: Hope for those who want the 290 Toll Road extended through Manor

Cole masterful as Astros top Rays to advance to the ALCS