A woman spotted the grackles pecking at meat on Saturday at an H-E-B located in Austin. 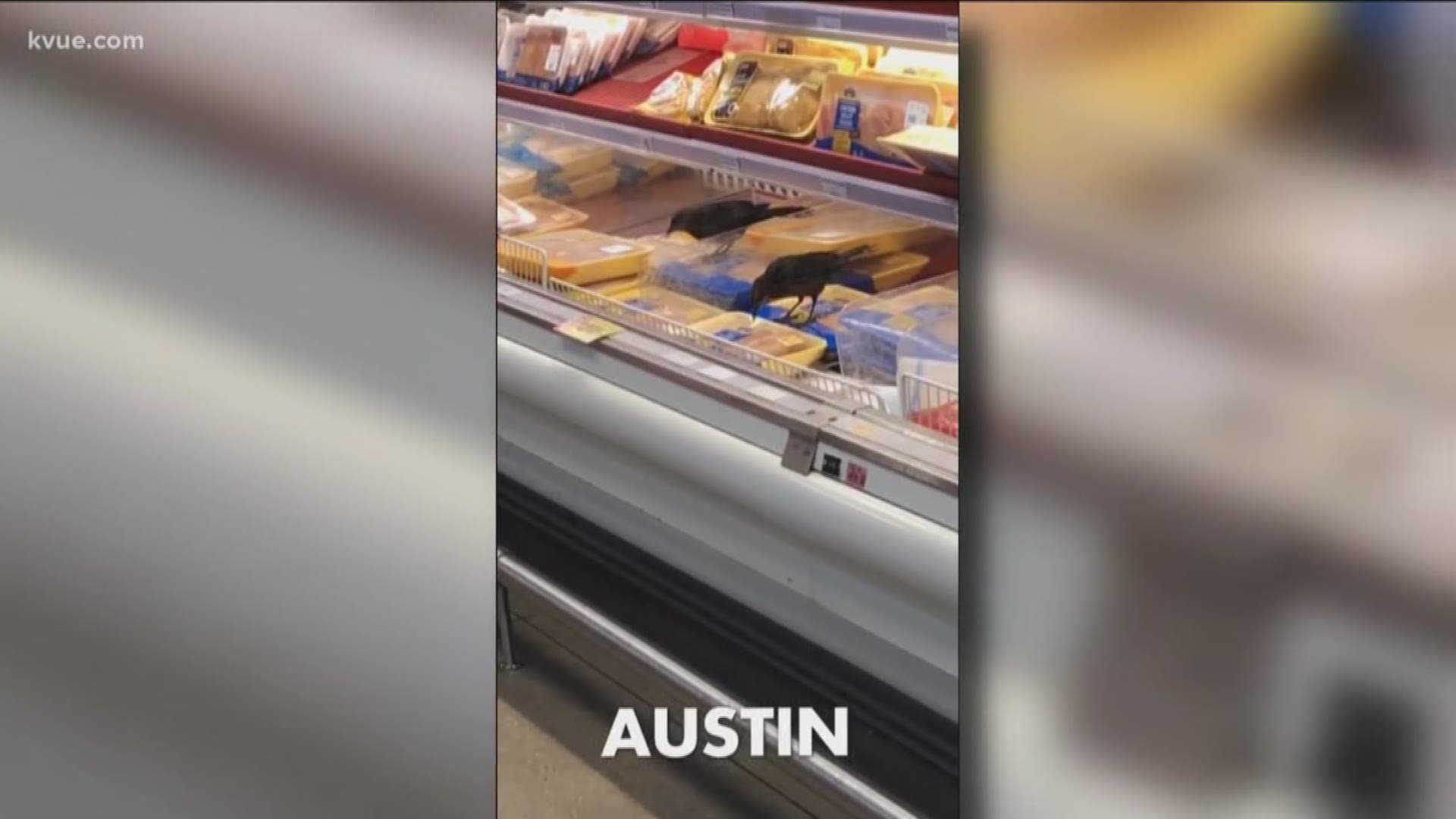 AUSTIN, Texas — It is an ongoing joke that grackles and H-E-B seem to go together like tacos and Tuesday. Grackles can usually be spotted in the parking lot of your favorite H-E-B, but you don't usually see them inside.

A woman said she spotted grackles pecking at chicken at an H-E-B on Saturday.

Shortly after spotting the birds, the woman started shooting video and posted it to social media. The video has now gone viral. 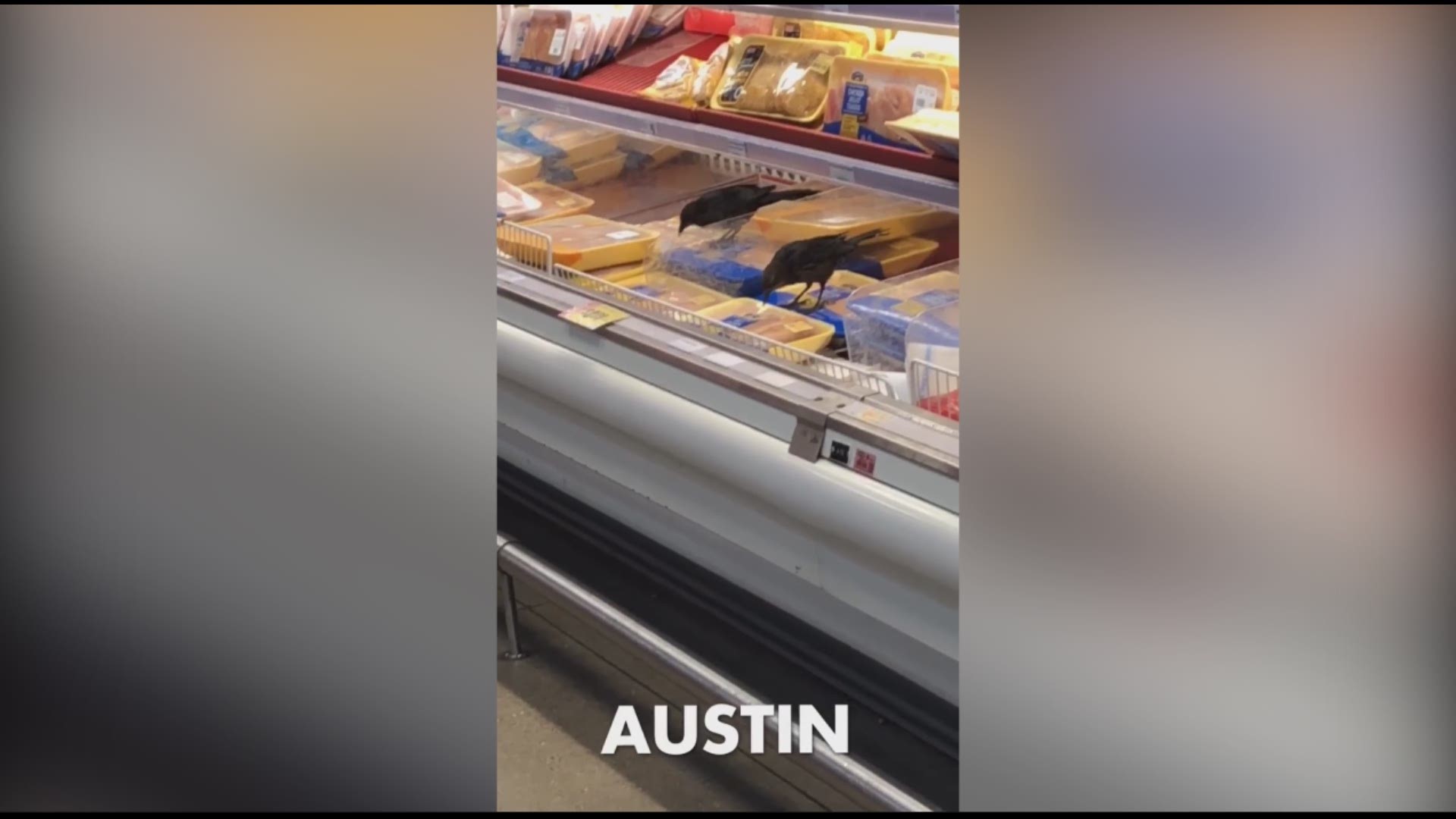 The video ended up on Reddit, where jokes ensued.

"Prepare for the grackle uprising after these birds go out and spread word of the human savageness," stated Reddit user tomaccojuice.

"This is a crime. I can't believe they passed up the freshly made tortillas," said Reddit user IBNobody.

"Is this cannibalism technically? Should I be outraged?" stated Reddit user GojiraRitesYT.

The woman, who wishes to not be named, told KVUE the "meat market man eventually came out to inspect the chicken. I didn't stay to see if any were taken off the shelf, but if the holes were noticeable I'm hoping he did. I just want people to check their meat at this location since they have a 'bird problem.'"

The woman also stated another employee she spoke to told her, "Yea that's been happening lately."

The woman did not speak to management or corporate at the H-E-B, which is located at Hancock Center at 1000 41st St. in Austin.

KVUE reached out to H-E-B and received the following response:

"This is not a regular occurrence. It was an isolated incident. We immediately pulled down the freezer curtains, pulled out all of the product and composted it, sanitized the area and humanely extracted the birds."

Grackles are known to catch people off-guard, and those not from the area often wonder what they are, like 30 Seconds to Mars singer Jared Leto.

KVUE
When you don't know what a grackle is... 🐦 #MarsAcrossAmerica #KVUE JARED LETO PERFORMS AT JO'S COFFEE ==> https://bit.ly/2GYVHml

Whether you knew what they are or not, you likely have heard their distinct sounds.