Georgetown's budget struggling to keep up with growth 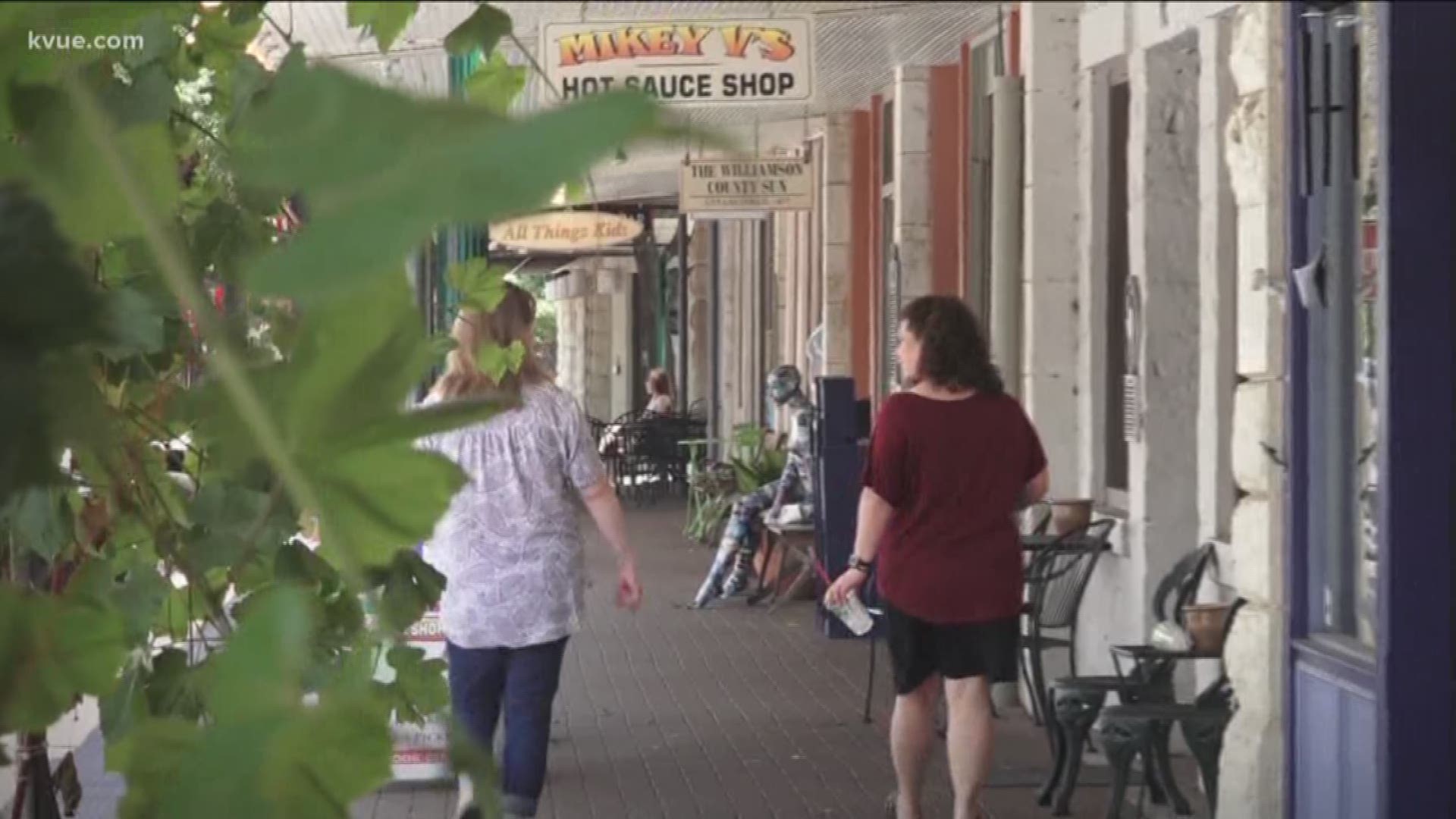 GEORGETOWN, Texas — Georgetown is one of the fastest growing cities in our area, and city officials say they are having trouble keeping up even with basics like police and fire protection.

"Seems like people are moving in a little fast for what we're used too," said Jessie Bonner, who was sitting out at the square with Jody Rodriguez.

"I wasn't bothered by it until there was construction everywhere," explained Rodriguez.

The city's growth is one of their main concerns.

It's something echoed by Laurie Brewer, assistant city manager for the city of Georgetown.

"There's just more going on than what we're ready to tackle in a year," explained Brewer.

She says more people are going to libraries, city parks and paying bills.

"We want to provide a high level of service, but that's hard to do when more people are asking for services every day," said Brewer.

She says the city does not have the money to hire the number of staff members they say they need.

"That increase of staffing is a large expenditure to take on in a one year period," explained Brewer.

This means they don't have as many police and firefighters on the streets as they'd like.

"We need to add 8 to 12 officers over a five year period," explained Brewer. "But we've only been able to add two officers, so we need to do catch up work there."

Although Bonner and Rodriguez say they haven't seen the effects yet, they worry all this growth could become a problem.

"I really think Georgetown is a safe place," said Bonner. "But if more and more people move in here, then maybe there could be a problem."

The city of Georgetown will have an open house city council meeting on July 8. This is an opportunity for anyone in Georgetown to voice their growth concerns.

If you are interested in watching the entire presentation and discussion on current budget status and budget pressures, click here.

WATCH: Georgetown is having trouble keeping up with its growth